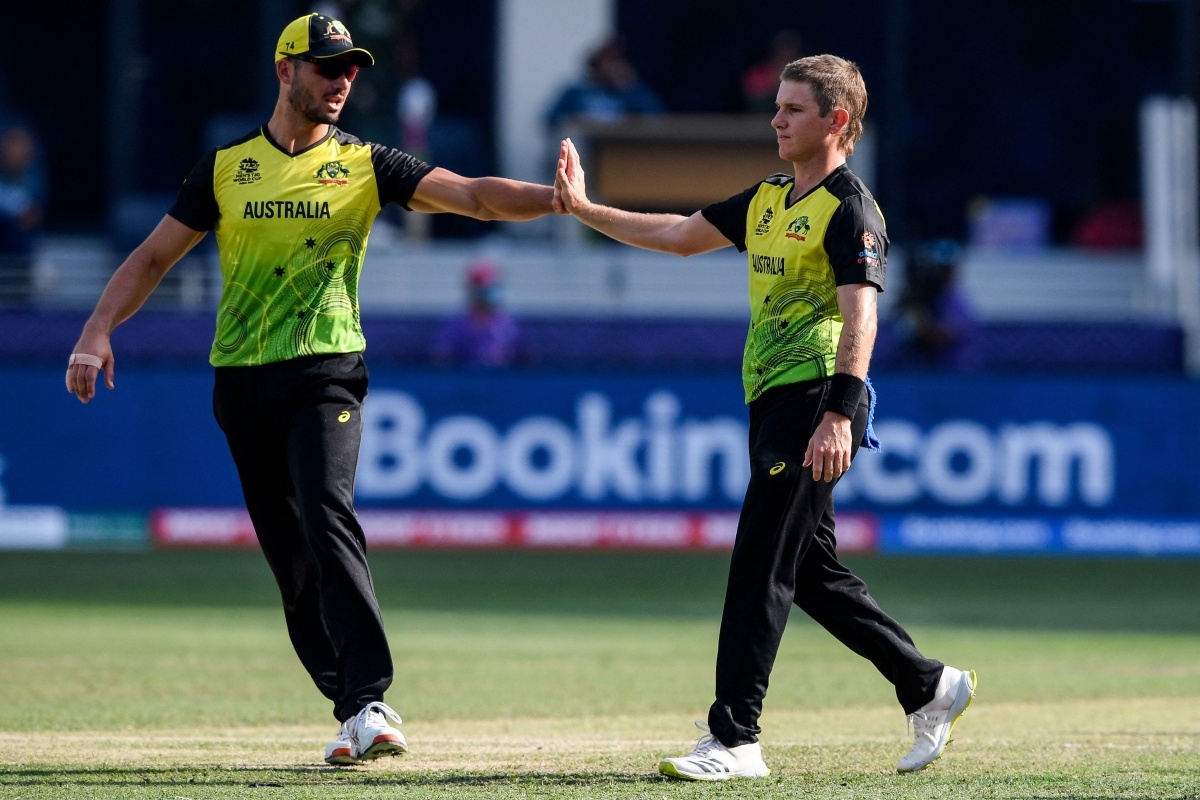 Australias Adam Zampa (R) celebrates with teammates after the dismissal of Bangladeshs Mustafizur Rahman (not pictured) during the ICC men?s Twenty20 World Cup cricket match between Australia and Bangladesh at the Dubai International Cricket Stadium in Dubai on November 4, 2021. | AFP

Dubai: Adam Zampa shined with a five-wicket haul as Australia decimated a hapless Bangladesh by eight wickets in a Group 1 match at the Dubai International Stadium here on Thursday. After Zampa's 5/19 skittled out Bangladesh for just 73, Australia easily overhauled the target with 82 balls to spare. The margin of the win means that they are now ahead of South Africa in the Group 1 standings on the basis of net run rate while Bangladesh bow out of the tournament with zero wins in Super 12.

With an eye on finishing the chase quickly after Zampa set the base, Aaron Finch came out all guns blazing, smashing Mustafizur Rahman for a four and six in the second over. David Warner joined the party by smashing three fours through off-side off while Finch slammed a six in the fourth over which yielded 21 runs.

Finch's onslaught continued with sixes over extra cover and down the ground off Taskin Ahmed. But two balls later, Ahmed had the last laugh as Finch missed the delivery and was clean bowled. Warner was bowled while going for a wild swing off Shoriful Islam on the final ball of the power-play. Mitchell Marsh smacked Ahmed for a four over mid-on and finished off the chase with a big six over deep mid-wicket.

Earlier, Australia were all over Bangladesh from the word go and never let the pressure boil down, especially after Zampa spun a web in the middle overs. Litton Das chopped on to his stumps off Mitchell Starc on third ball of the innings. In the next over, Soumya Sarkar was dismissed in the similar manner as Das, off Josh Hazlewood. Bangladesh's problems increased as Mushfiqur Rahim was trapped lbw by Glenn Maxwell. Mohammad Naim collected two fours off Pat Cummins while captain Mahmudullah cracked back-to-back boundaries off Starc in the fifth over. Naim had hit Hazlewood for a four in the start of the final over of power-play. But on the third ball of the innings, he pulled a short ball to mid-wicket.

Zampa was rewarded with a wicket on his first ball post power-play as Afif Hossain nicked to first slip. Though Shamim Hossain slog-swept Starc and Zampa for a four and six respectively, he couldn't do much, nicking behind to keeper off Zampa in the 11th over. Zampa had his second wicket of the over as Mahedi Hasan was rapped in from stumps.

Finch brought Starc back into the attack in the 13th over, which went well as Mahmudullah, the last recognised batter, was strangled down leg with keeper Wade diving to his left to complete the catch. Though Wade dropped the catch on Zampa's hat-trick ball, it didn't cost Australia much as Zampa dismissed Rahman and Islam in three balls to bring Bangladesh's misery to an end with five overs remaining. 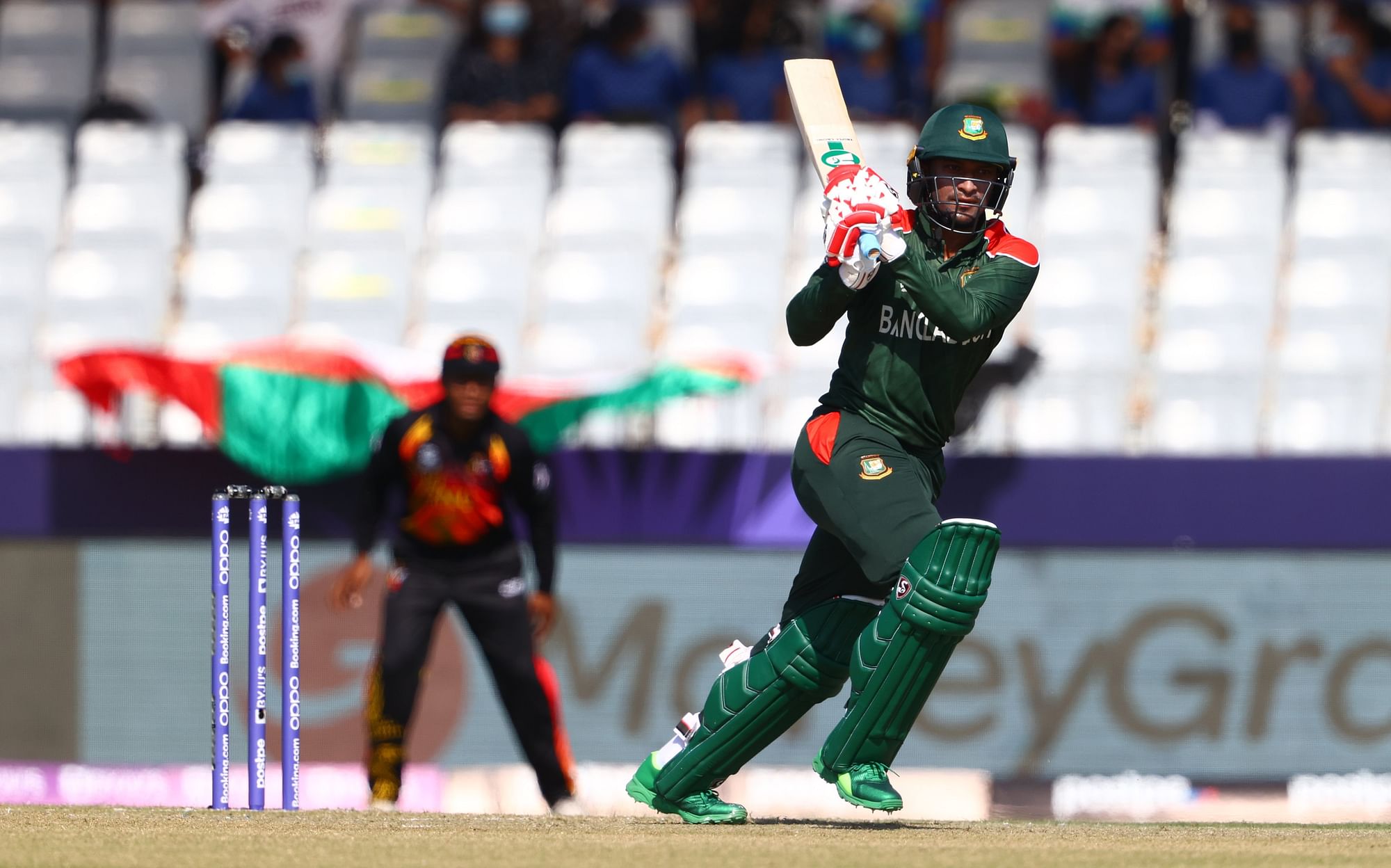 ICC player of the month: Bangladesh's Shakib Al Hasan amongst the nominees for October 2021