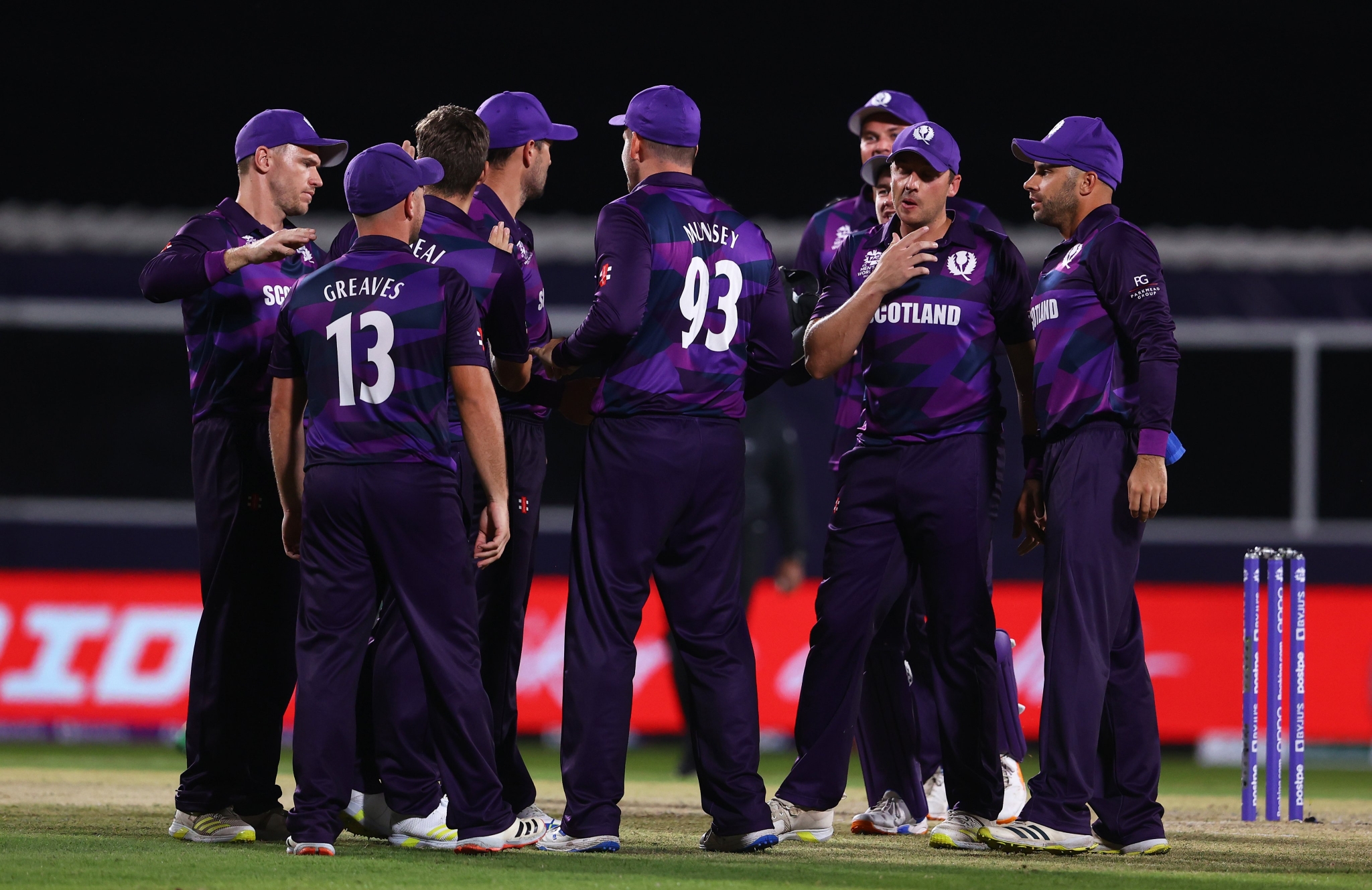 Greaves scored a superb 45 off just 28 balls, coming in at 52/5. He also was involved in a record 51-run seventh-wicket partnership with Mark Watt, that helped Scotland get to a score in excess of 100. And then with the ball, Greaves was at it again, dismissing two crucial batters in Shakib Al Hasan (20) and Mushfiqur Rahim (38) in successive overs. Brad Wheal also picked up three wickets for just 24 runs.

Chasing 141, Bangladesh lost openers Soumya Sarkar (5) and Liton Das (5) in the first three and a half overs. It was up to Bangladesh’s experienced duo of Al Hasan and Rahim to rescue them. They added 47 before Greaves struck; Al Hasan pulled a half-tracker straight to deep mid-wicket. And then Rahim missed his attempted scoop to be clean bowled.

Afif Hossain (18 off 12) then supported captain Mahmudullah and added 42 for the fifth wicket. But Watt’s left-arm spin was tough to get away with and Hossain holed out to deep mid-wicket. Mahmudullah hit a massive six to raise hopes for the Asian team but found a reliable Calum MacLeod to walk back for 23.

Earlier, Bangladesh’s spin twins Al Hasan and Mahedi Hasan caused a mini collapse for Scotland, who were on 45/1 and found themselves at 53/6. Off-spinner Hasan picked up three wickets while the experienced Al Hasan picked up two wickets. But Greaves and the lower order ensured Scotland got to 140, which eventually proved enough.