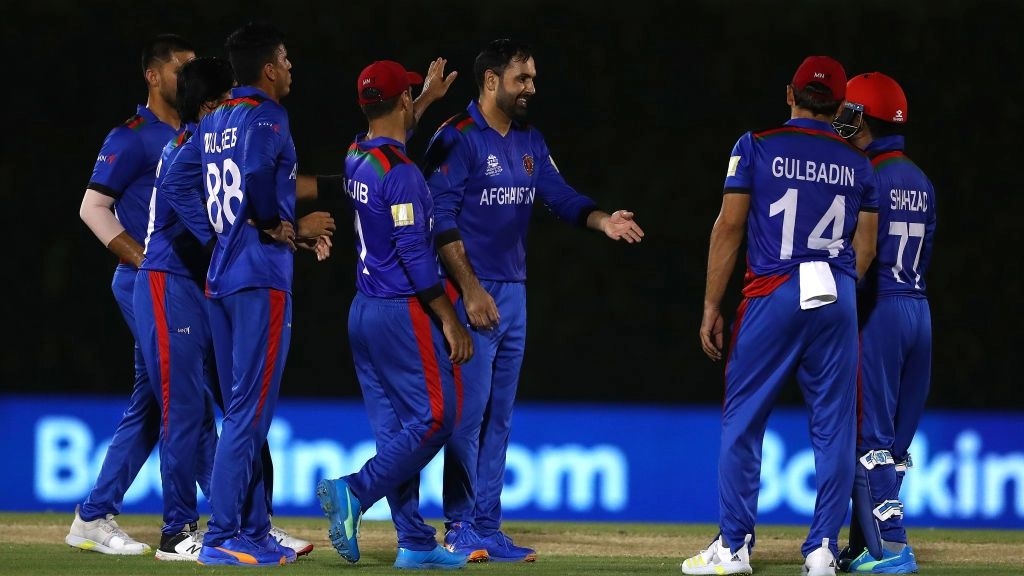 Afghanistan captain Mohammad Nabi won the toss and inserted Namibia in to bat in Abu Dhabi in the Super 12 match of the Men's T20 World Cup on Sunday.

"The wicket looks really good to bat on. Feeling really good after the performance in the last game. A lot of plus points, the boys played really well," said Nabi.

It will be the last game for Asghar Afghan in international cricket after he announced his retirement and Nabi heaped praise on the former skipper, "Asghar's service in the last 16 years has been great. He has promoted a lot of cricket for Afghanistan."

Namibia captain Gerhard Erasmus said, "A great opportunity for our bowlers to put them under pressure. Looks like a good wicket with wind blowing across. We have planned the same as we planned against Sri Lanka. We are not playing the bowler, we are only playing the ball. We are not going to spend energy on the opposition and are instead going to focus on our strengths."

While Namibia go in unchanged, Nabi said that Mujeeb Ur Rahman isn't fit and Hamid Hassan takes his spot in the XI for Afghanistan.