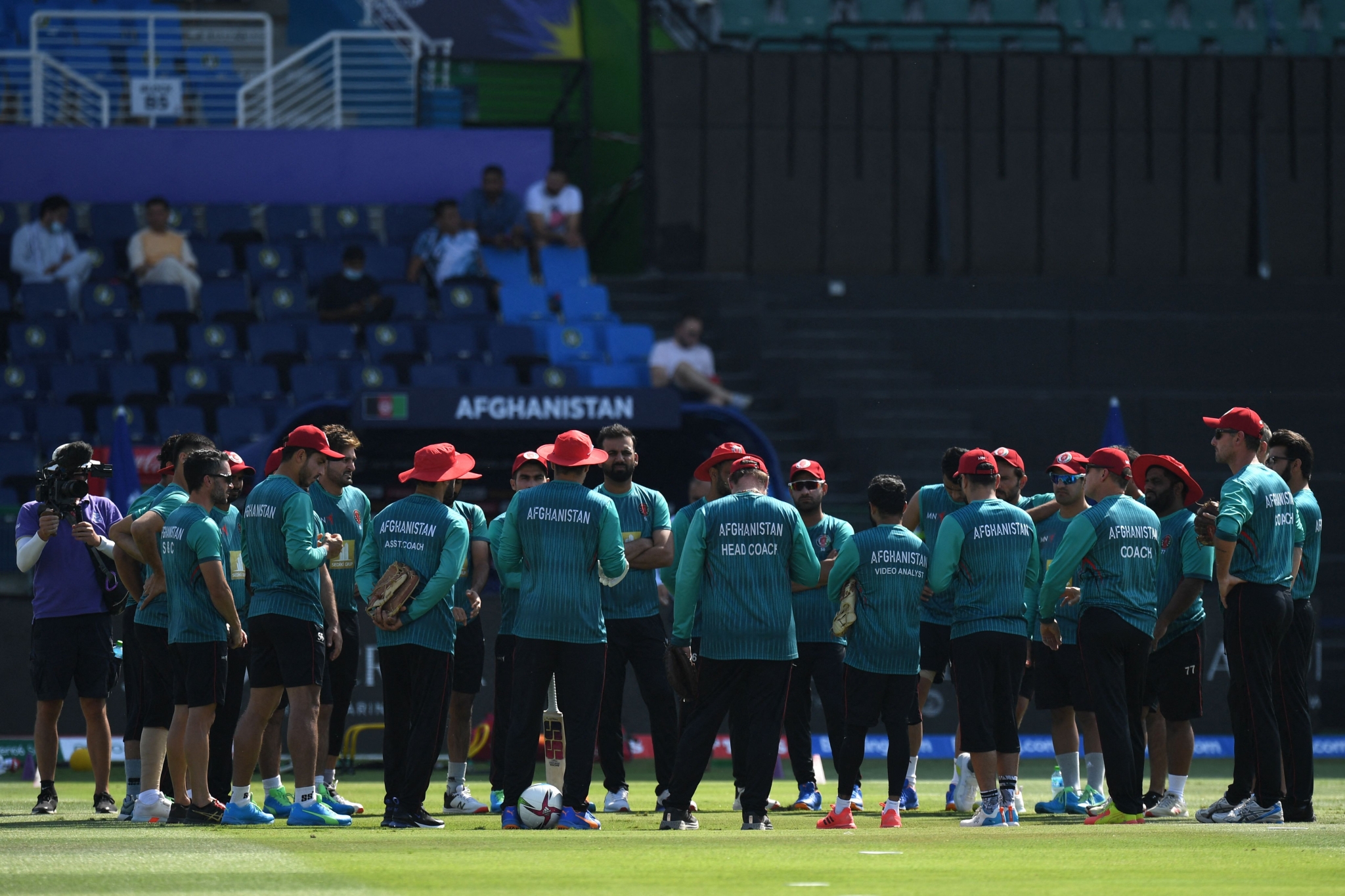 Afghanistan a huddle before a match in the T20 World Cup. | Photo: AFP

Mohammad Nabi won the toss and decided that Afghanistan will bat first against New Zealand in Abu Dhabi in their final Super 12 match of the T20 World Cup on Sunday. The game will help in deciding the fate for India in the competition, as a Kiwi win would eliminate the hosts out.

"It was a night game in Abu Dhabi, so we bowled first considering the dew factor," said Nabi about bowling first against India. "It's a day game, so we want to post a decent total on the board. We'll try our best to win."

Kane Williamson, the New Zealand captain, was looking to bat first as well and said, "It's a used surface. I think both sides have match winners and it's a mix of youth and experience."

While a fit and ready to go Mujeeb Ur Rahman returned and replaced Sharafuddin Ashraf, the Black Caps went ahead with the same side.