The Afghanistan-Namibia match will be Asghar Afghan's final international
PTI 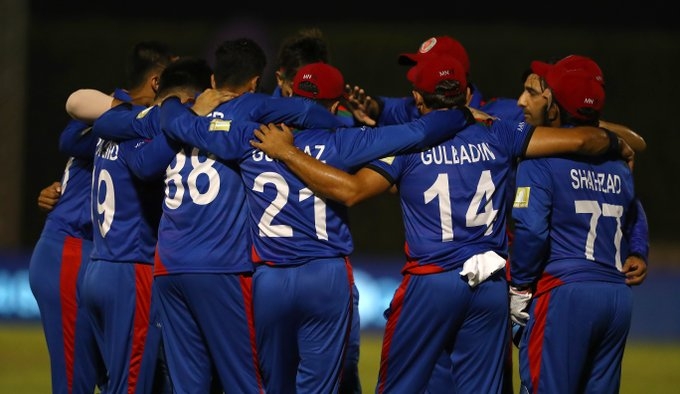 Afghanistan would look to shrug off the defeat against Pakistan and return to winning ways when they take on debutants Namibia, who will be eager to continue their dream run in the T20 World Cup in Abu Dhabi on Sunday.

Afghanistan have proven that they are not a team to be taken lightly. They are armed with a world-class spin attack comprising the likes of Rashid Khan, who has perfected his craft while playing in various T20 leagues around the world, Mujeeb Ur Rahman and skipper Mohammad Nabi.

The formidable spin attack's prowess has been on full display in their first two matches. While they completely bamboozled Scotland in their tournament opener victory, they pushed an in-form Pakistan side to the brink on Friday night.

Backing their spinners are the Afghan batters, who are playing a fearless brand of cricket reminiscent of the big-hitting West Indies side.

Afghanistan went all guns blazing against a strong Pakistan bowling attack. Although they lost wickets at regular intervals, Nabi and Gulbadin Naib added 71 in the last 45 balls to post a challenging total. Had they added 20 runs more to their total, it would have been difficult for Pakistan to chase.

Captain Nabi has asserted that the team's morale is high going into their third fixture despite the five-wicket loss to Pakistan.

"We have only played two games and we won one (against Scotland) and today was a close game, at the end Pakistan won the game."

"There are a lot of positive things in this game, we will take the positive things and there are three more games. Inshallah we will do well, the team morale is high," he said.

It will also be former skipper Asghar Afghan's final international, after he announced retirement via his Facebook page.

Namibia, on the other hand, will hope to continue their historic run. The country which has a population of 2.5 million and only five cricket pitches has surprised everyone in the tournament.

After handing defeats to Netherlands and Ireland in the qualifiers, the team has managed to script a memorable win over Scotland in their first Super 12 game.

While their bowlers did a good job to restrict Scotland to 109, their batters had to dig deep to chase the target.

But if Namibia wish to keep rubbing shoulders with the top teams, they need to lift their level, and skipper Gerhard Erasmus is well aware of it.

"From here on we have to lift our level. We are excited for the challenge. Hopefully we can execute on those days," Erasmus had said after the match against Scotland.

Namibia's best shot is by putting runs on the board and capitalise on Afghanistan's relatively poor pace attack. They also hold the advantage of being familiar with the conditions, having played three games here.