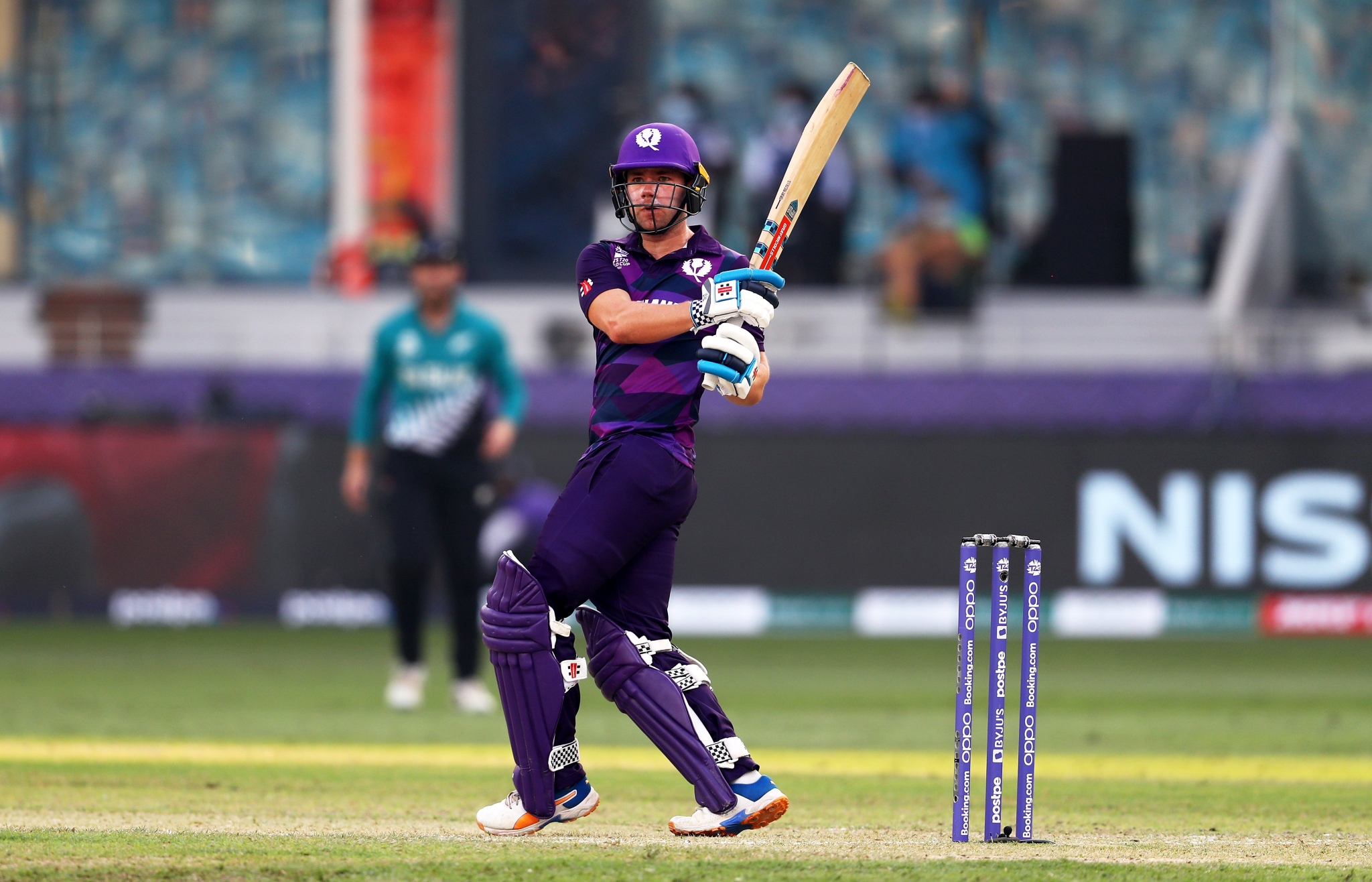 Scotland wicketkeeper-batter Matthew Cross hit five fours in an over against New Zealand's Adam Milne in their Group 2 Super 12 match of the T20 World Cup in Dubai on Wednesday.

Milne began his spell with a high-paced, accurate maiden, which Cross seemed to have little clue of. Milne, who replaced the injured Lockie Ferguson for the Kiwis, is known for his high pace and variations, but he clocked speeds north of 145 kmph in the first over. His second over proved to be anti-climactic, though.

Cross pulled two successive short balls in the next over from Milne through backward square leg. A full ball next was met with a solid drive through covers. He was a tad lucky on the next one as a bumper took the top edge over the keeper's head. Cross, though, fully stamped his authority on the next, cutting it firmly through backward point.

With a chance to make it an over of six fours, Cross had a wild heave at the length ball that Milne finished the over with, but only managed an inside edge onto the pads.

Scotland were chasing 173 for a win against New Zealand.