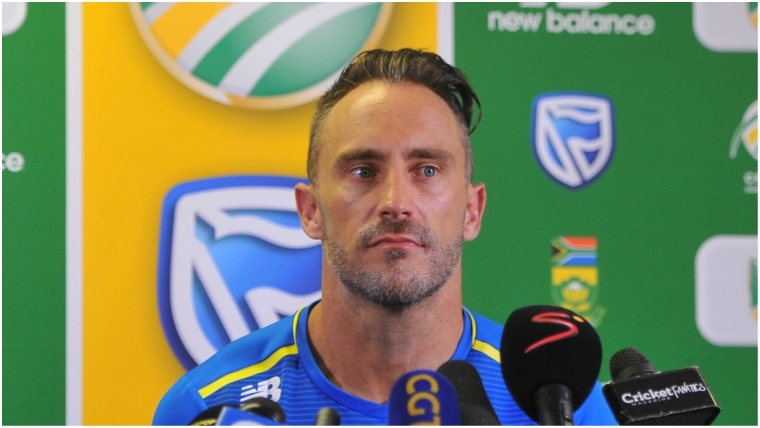 Former South African captain Faf du Plessis, who will be making his debut in the Abu Dhabi T10 this year, expressed that the T10 format could be played in the Olympics.

"I have played three formats for a long time and I am still attracted to the T10 format. I think players like myself will keep looking at tournaments like this. The future of T10 is looking good. It's a format that can be used in the Olympics.

"The quick nature of the T10 also makes it attractive to fans. I think T10 is only going to get better and better," said Faf du Plessis during a virtual conference.

When asked about how he will go about his business in a new format, the former South African Captain said, "I think when you are moving from one format to the other, it's about understanding your game. You need to think about the blueprint that you will need to follow which will give you consistent results." Du Plessis, who will be leading the Bangla Tigers team in the upcoming season of the Abu Dhabi T10, spoke about his role as the leader of the side.

"My role as a captain would be to get the team together and create an environment wherein the players are having fun and being themselves. Batting in the top order would be the best position for me to bat. But I haven't had those discussions with the team management yet," said du Plessis.

The Abu Dhabi T10 will kick start from November 19 to December 4 at the Zayed Cricket Stadium in Abu Dhabi.