Still got it! Five years on, Sachin Tendulkar lifts his bat to face Ellyse Perry

Ellyse Perry bowled four balls to Tendulkar, and the Master Blaster managed to score a boundary on the first ball of the over.
ANI 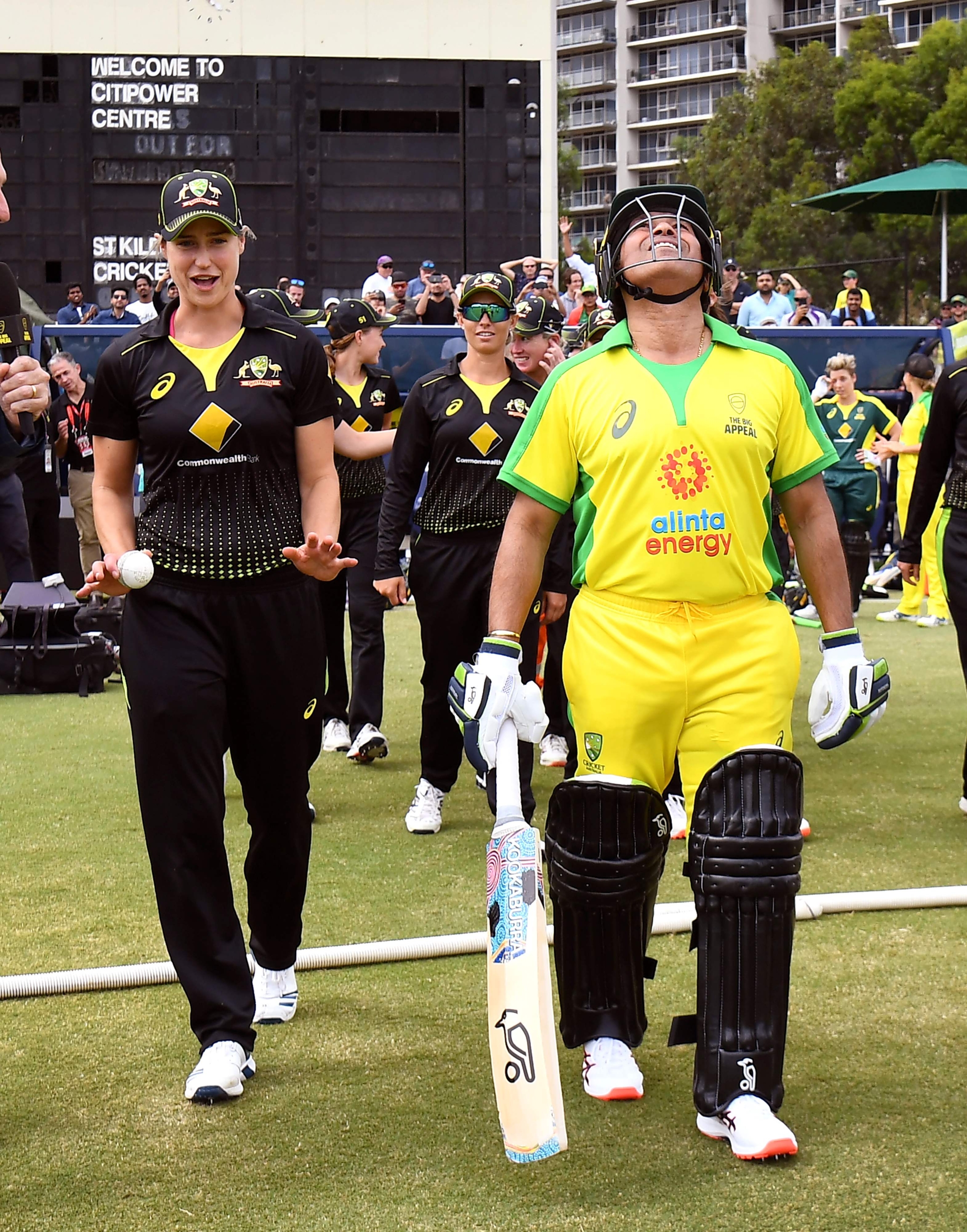 Former India cricketer Sachin Tendulkar on Sunday came out of retirement for one over to face Australia's Ellyse Perry during the innings break of the Bushfire relief fundraiser match between Ponting XI and Gilchrist XI.

Tendulkar was facing Australia's star all rounder and 2019 Women's Cricketer of the Year Ellyse Perry in the over and her former teammate Alex Blackwell. He said while walking up to the pitch that it was the first time in five years that he was picking up a bat and the 46-year-old ended up hitting a four off the first ball he faced.

Ellyse Perry bowled four balls to Tendulkar, and the Master Blaster managed to score a boundary on the first ball of the over.

The rest of the two balls were bowled by Sutherland. When Tendulkar was batting, Australia's women's team did the fielding duties.

On Saturday, the challenge was laid down by Perry on Twitter on Saturday and in the video, she said, "Hey Sachin, it's awesome to have you out here in Australia supporting the Bushfire match". One more over? Sachin Tendulkar to come out of retirement and face Ellyse Perry

"I know you're coaching one of the teams but a few of us were sitting around last night chatting and we thought it would be absolutely amazing to see you potentially come out of retirement for one over in the innings break".

Tendulkar, was quick to respond to the challenge, saying, "Sounds great Ellyse," said the 46-year-old, who will coach the Ricky Ponting-led side. "I would love to go out there and bat an over (much against the advice of my doctor due to my shoulder injury). Hope we can generate enough money for this cause, and to get me out there in the middle".