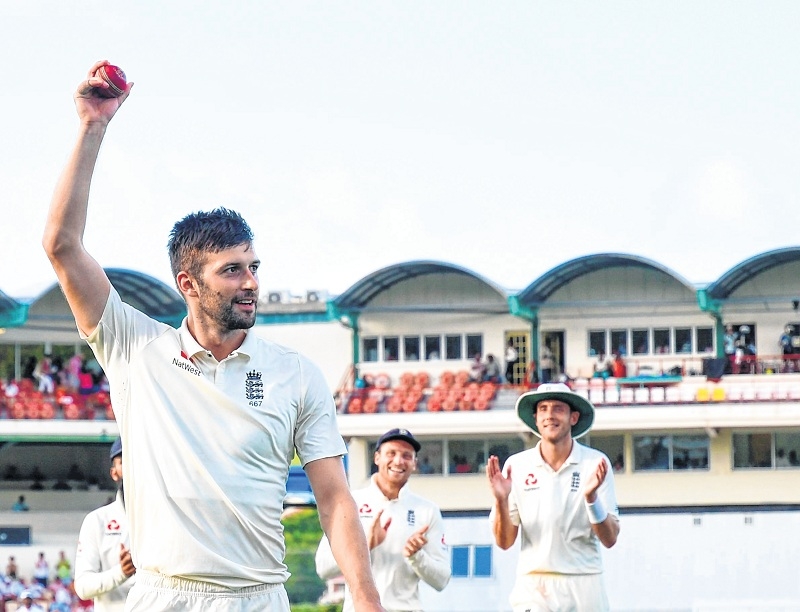 Saint Lucia: Denly nears fifty as England consolidate lead England made the most of a morning of errors and misadventures to extend their second innings to 108 for two at lunch on the third day of the third and final Test against the West Indies at the Darren Sammy Stadium in St Lucia on Monday.

After the combination of Mark Wood’s pace and Moeen Ali’s spin earned them a healthy first innings advantage of 123 runs on an eventful second day, the tourists now have an overall lead of 231 runs with eight wickets in hand going into the afternoon session as they pursue a consolation victory having already surrendered the series and the Wisden Trophy after massive defeats in the first two Tests in Barbados and Antigua.

Resuming at the overnight position of 19 without loss, England suffered an immediate setback when Rory Burns clipped the first delivery of the morning to Alzarri Joseph at square-leg to give Keemo Paul immediate success.

However the young all-rounder, drafted into the final eleven for this match due to the suspension of regular captain Jason Holder for a slow over-rate offence in the previous match, left the field on a stretcher shortly after as he appeared to suffer a serious leg injury chasing a ball to the boundary.

West Indies did not help their increasingly difficult situation when Shimron Hetmyer put down a simple chance offered by new batsman Joe Denly off Shannon Gabriel. On 12 at the time, Denly has advanced to 45 at the interval as he continued to play his shots, stroking six boundaries in his 68-ball innings so far.

He lost the other opening batsman, Keaton Jennings, midway through the morning when the left-hander attempted to turn a delivery from Joseph to the leg-side and the ball ricocheted off his body onto the stumps to send him back to the pavilion for 23.

Joe Root joined Denly and the pair have continued to play positively with the England captained, who has endured a terrible campaign with the bat apart from his team’s struggles before this match, contributing 18 to a third-wicket partnership so far worth 35 runs.

Sunday which saw 16 wickets tumble ended with the tourists’ opening pair of Rory Burns and Keaton Jennings safely navigating ten overs to be 19 without loss at stumps, an overall lead of 142 runs going into day three as they seek the consolation of victory following heavy defeats in the first two matches of the series.

Wood’s raw speed unsettled the West Indies middle-order batsmen after Moeen Ali ended another half-century opening partnership by accounting for stand-in captain Kraigg Brathwaite and partner John Campbell off consecutive deliveries.
Ali supported Wood’s hostility at the other end with subtle variations to finish with figures of four for 36.

At the start of the day, England’s batsmen collapsed to the West Indian fast bowlers yet again came up with time operating effectively with the second new ball, as the visitors lost six wickets for 45 runs to be dismissed just before lunch on the second day.