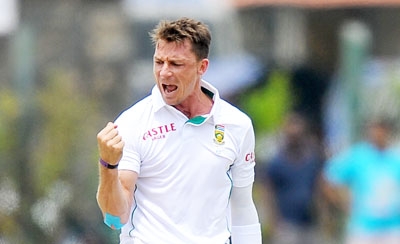 Johannesburg: South Africa fast bowling spearhead Dale Steyn had a go with his wrestling skills over the weekend, but it was not a regular opponent he chose to wrestle with. The paceman, who has been rested for the last two ODIs against the West Indies, faces tough opponents like Chris Gayle on the pitch. But over the weekend he decided to wrestle a powerful lioness, Sport24 reported.

Steyn loves spending time outdoors and used some of his much-needed downtime getting friendly with a powerful lioness and posted a video on his Instagram account on Sunday. The lioness displayed her superiority for a few seconds before a ranger pulled her massive paw from over Steyn’s head, the report added.