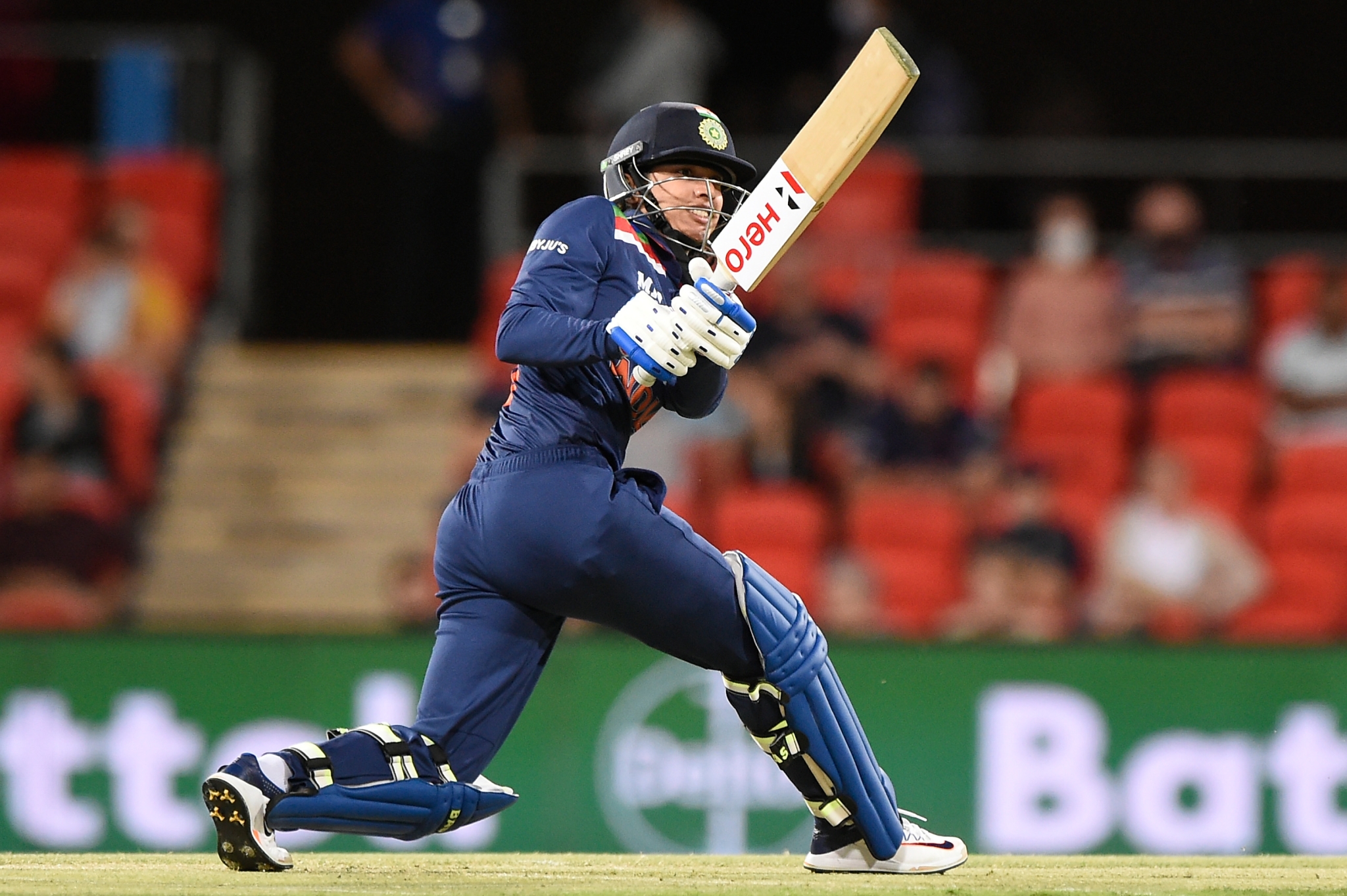 India's Smriti Mandhana, England's Tammy Beaumont and Natalie Sciver and Ireland's Gaby Lewis were nominated for ICC Women's T20I Player of the Iyer by ICC on Thursday as part of the ICC Awards 2021.

In a year that saw India win only two of the nine T20Is, Mandhana was one of their few bright spots. She played a major role in the first of the two wins, smashing 48 off just 28 balls against South Africa, chasing 113 in the final T20I. The win saved India the blushes, as they managed to avoid the sweep.

Mandhana was India's top run-scorer in the T20I series against England with 119 runs but didn't find enough support from the rest of the batters. She was India's top-scorer in both the matches that India lost, including a 51-ball 70 that went in vain in the final T20I.

Mandhana scored her second T20I half-century of the year against Australia in the final match of the series, but India fell short by 14 runs.

On the other hand, twenty-year-old Lewis had a smashing 2021 in the shortest format of the game, finishing as the second-highest run-scorer in T20Is this year. She played a major role in Ireland's two series wins, bagging the Player of the Match award twice in Ireland's 3-1 series win over Scotland at home. In both games, she put on scores of 40+ but missed out on much-deserved fifties by the barest of margins.

Lewis finally got to the milestone against the Netherlands, scoring her first T20I fifty of the year. The 52* helped Ireland win the series with a game to spare. She made history at the ICC Women's T20 World Cup Europe Qualifier in August, becoming the first female cricketer from Ireland to score a T20I hundred.

Beaumont was England's highest run-getter in the year in T20Is, and third-highest overall in the world.

In a low-scoring series against New Zealand away from home, Beaumont was the top scorer and was awarded the Player of the Series for 102 runs in three matches. Her 53-ball 63 in the second match put England in a winning position after they lost two wickets in the Powerplay. She scored a brilliant fifty against India, though it went in vain after a lower-order collapse.

Beaumont continued to make merry against New Zealand, this time when they visited England for a limited-overs tour. She once again finished as the highest run-getter in the series with 113, which included a stunning 97 in the opening game of the series.

Sciver played a prominent role in all three of England's series wins this year, finishing as their third-highest run-getter and wicket-taker in T20Is in 2021.

In the first T20I on the tour of New Zealand, Sciver landed two early blows by dismissing Sophie Devine and Amy Satterthwaite inside the Powerplay. Later, walking in at No.3, she batted through and got England across the line while chasing a modest total of 97.

In the second game, she helped clean up the tail with two wickets to reduce New Zealand to 123. She finished the series with five wickets, the joint-highest with three other players.

She produced a Player of the Match-winning performance in the first T20I when India came touring, scoring a half-century and picking up a wicket in England 18-run win. She also played a crucial knock of 42 in the decider to help her side clinch the series 2-1.