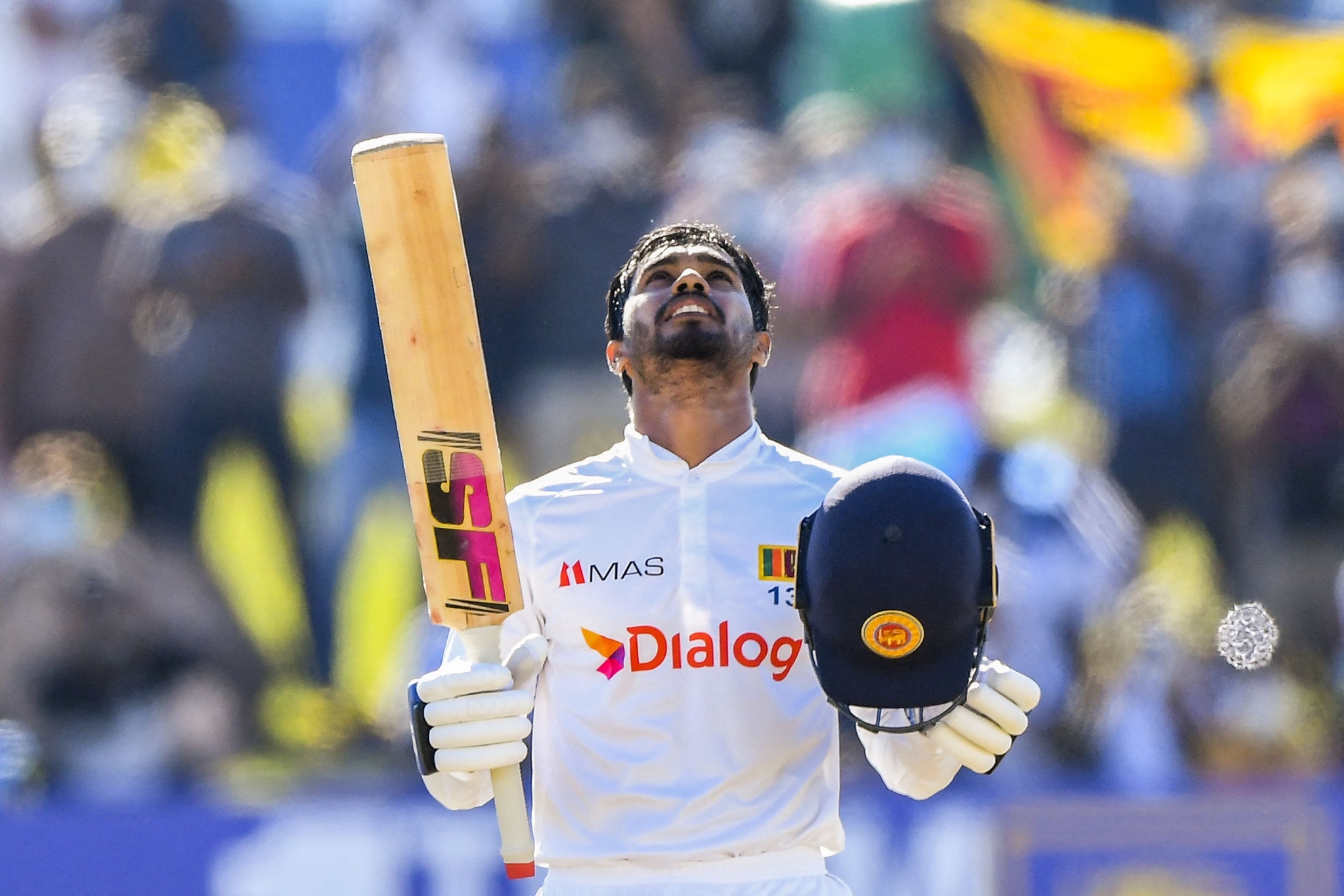 Dhananjaya de Silva's sensational innings (153 not out) took Sri Lanka to 328/8 at stumps, extending their lead to 279 runs on Day 4 of the second Test against West Indies, here on Thursday.

De Silva batted with sheer grit along with Lasith Embuldeniya (25 not out), who shared an unbeaten stand of 107 with the former. The duo batted through the entire final session, making the West Indies bowlers toil and putting out Sri Lanka in a commanding position on day four in Galle.

Sri Lanka resumed the day on 46/2, trailing West Indies by 3 runs, with Pathum Nissanka (21 not out) and Charith Asalanka (4 not out) in the middle. The visitors went with spinners from both ends to start the proceedings.

Nissanka struck the first boundary of the day in the third over, bringing up the team's fifty and a lead of four. Veerasammy Permaul finally claimed his first wicket of this innings. The spinner bowled an outside off delivery, which spun in nicely, inducing an inside edge to send Asalanka back for 19.

The Sri Lanka opener, Nissanka, was then joined by Dhananjaya de Silva. The latter struck his first four off Permaul but was dropped the next ball on 5 as 'keeper Joshua da Silva couldn't hold on to a low catch, a difficult one. The missed opportunity would hurt the visitors as the Sri Lanka duo combined well for a solid partnership.

Nissanka continued his good run with the bat - bringing up yet another fifty - his third in the series. With de Silva, he stitched a 78-run stand, pushing Sri Lanka's total past the 150-mark. However, his well-made 66 was put to an end by Roston Chase, who had him trapped in front on the stroke of lunch with Sri Lanka on 151/4.

In the second session, the hosts lost Dinesh Chandimal early for 2, with Chase dismissing him caught and bowled. In the same over Nissanka brought up his fifty. He found an able partner in Ramesh Mendis, who provided support from one end with the Sri Lanka opener leading the charge from the other.

Together they pushed Sri Lanka's total over 200 before West Indies skipper Kraigg Brathwaite had Mendis caught for 25. His partnership with de Silva was worth 51 runs. Sri Lanka then lost two more wickets - Suranga Lakmal and Angelo Mathews - in quick succession. A few overs later, de Silva and Embuldeniya took their side to Tea at 238/8 with a lead of 189.

In the final session, de Silva stayed firm in his nineties and went on to bring up his eighth Test century. After reaching his hundred, he shifted gears in the next over, hitting a four and a six off Chase. He continued to milk runs, with full support from Embuldeniya, who was playing a defensive knock.

While de Silva led Sri Lanka's charge, taking his brilliant knock over 150, Embuldeniya stood firm to accompany his partner till the end of day four.