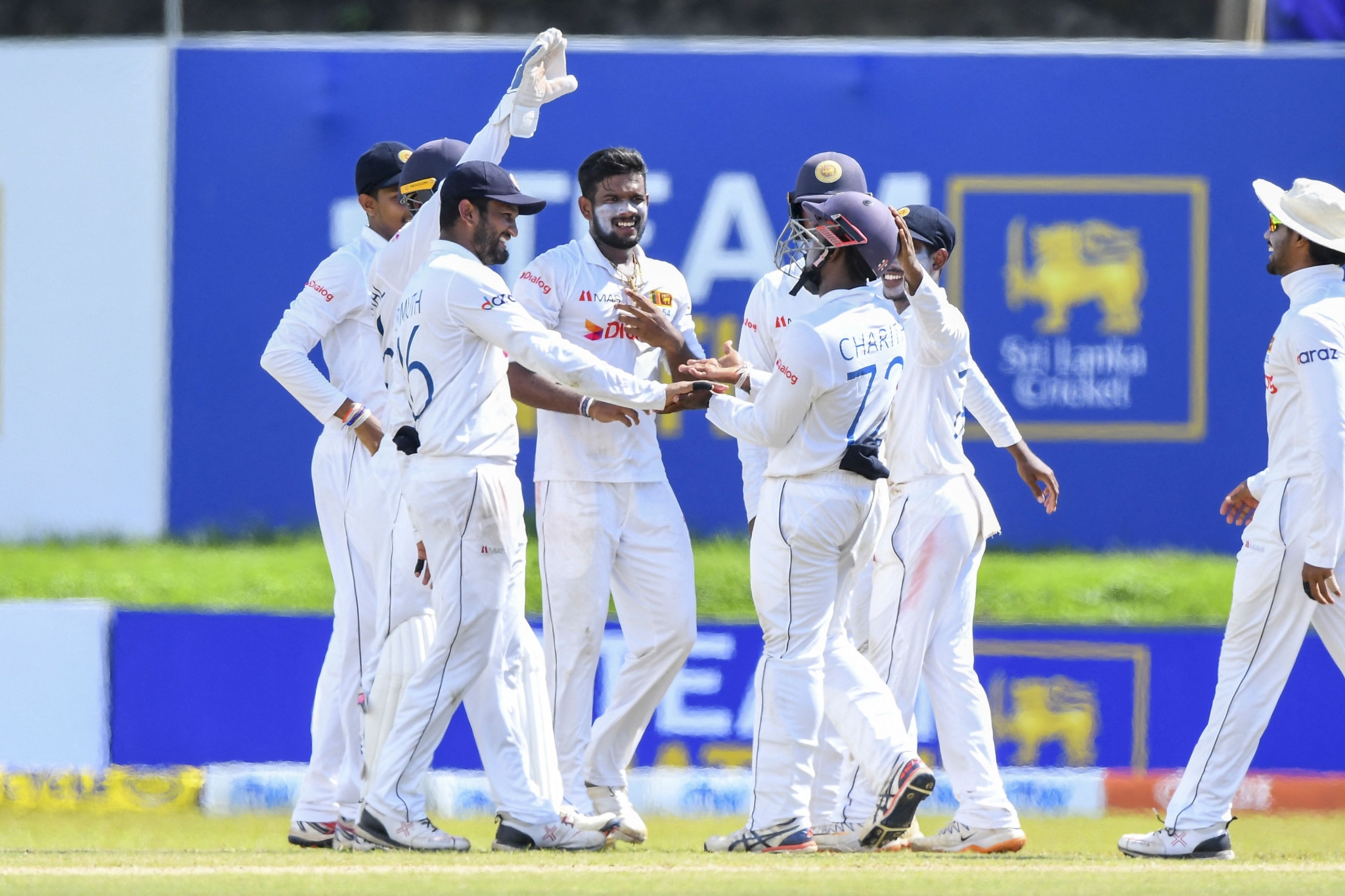 Sri Lanka were 46/2 at stumps in their second innings, trailing by 3 runs after bowling out West Indies for 253 on day three of the second Test in Galle on Wednesday. After being bundled for 204 in their first innings, spinner Ramesh Mendis (6/70) brought the hosts back into the game.

Resuming the day at 69/1, West Indies skipper Kraigg Brathwaite and Nkrumah Bonner started brilliantly in their effort to reduce the Sri Lankan lead. Batting sensibly, it looked like the pair would take the visitors past the lead as Brathwaite brought up his half-century while Bonner was starting to look more and more settled at the crease.

But Mendis proved to be the man with the golden arm again in this series. Bowling from round the wicket, he got one delivery to fizz off the pitch to trap Bonner lbw, bringing an end to his knock of 35.

After Bonner's wicket, Brathwaite unleashed a few cracking shots against the spinners before Lasith Emuldeniya came up with a peach of a delivery to end his stay at the crease. Beaten by the flight and trajectory, Brathwaite was bowled after an excellent knock of 72 on his birthday.

Mendis then dismissed Roston Chase and Shai Hope as West Indies found themselves in all sorts of trouble. Thereafter, the off-spinner got rid of Holder for 4. His next delivery yielded the scalp of Joshua da Silva on a duck as Mendis celebrated another five-wicket haul while being on a hat-trick.

West Indies managed to build up a small lead of 31 runs but had a terrible session overall, as they threw away their advantage losing six wickets heading into tea. It didn't take long for the Lankans to wrap things up in the final session with Mendis capping things off with the wicket of Jomel Warrican for 1, ending with exceptional figures of 6/70.

In the final session with the lights fading away, Sri Lanka had to negotiate through a tricky phase. They had to endure a major setback, as they lost skipper Karunaratne to a brilliant piece of fielding from Kyle Mayers. He picked the ball brilliantly and shot a rocket of a direct hit as the Lankan captain was left languishing short of his crease.

Pathum Nissanka and Oshada Fernando looked relatively comfortable at the crease and it seemed that they would get Lanka through to the rest of the day without any further hiccups. But a calamitous miscommunication led to another run-out.

There was no further damage for the hosts as they ended the day on 46/2, trailing by 3 runs with Nissanka and Charith Asalanka at the crease.