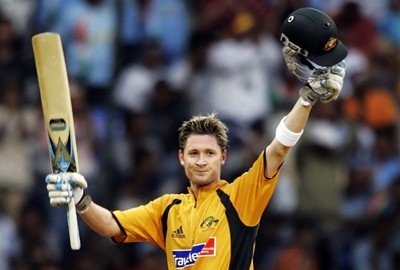 Sydney: Australia captain Michael Clarke urged his side to be cautious against a revitalised West Indies in the two-Test next month. Clarke said he was wary of the Windies seamers and with the Caribbean side at home in their conditions, he expected them to prove a handful, reports CMC.  “Obviously (we want) success. Nothing has changed there. That’s our number one goal, to have some success in the West Indies,” he said prior to his departure for the Caribbean on Sunday.  “I think they have a really good bowling attack. I think they swung the ball, whether that was with the brand new ball or reverse swing, and they’ve got some handy spinners as well.

“I think the conditions we’re going to face will be very similar to the subcontinent so I think the wickets will be slow and low and will spin,” he added.  The West Indies defied the odds earlier this month to pull off a surprise 1-1 draw with touring England in their three-Test series. They drew the first Test in Antigua, lost the second in Grenada by nine wickets before stealing a shock five-wicket victory in the final Test in Barbados. Clarke said it was important Australia did well away from home in foreign conditions.  Obviously they are coming with some form from against England so nothing changes for us as a team,” he explained.  Travelling overseas is a tough part of playing international cricket, to be able to win away from home and that’s the challenge we face in the West Indies.”

Australia will clash with the Windies in the first Test starting June 3 in Dominica before squaring off in the second match in Jamaica June 11th.  The Aussies will have one warm-up match prior to the first Test, a three-day game against a West Indies President’s XI starting May 27th.  With Australia, ranked second in the world, expected to make light work of the eighth-ranked West Indies, all the focus has been on the summer Ashes series against England.  However, Clarke warned that the Ashes was still a way off and the Windies series was a hurdle his team first needed to clear.  “I think it’s important we stay really focused on this West Indies tour and try to have some success there,” he reiterated.  “Right now it is about staying focused on the West Indies, making sure we’re doing all the right things and allow the England cricket team to do whatever they need to do. There’s plenty of time before we get over there. So we’ll focus on West Indies right now.”

The remainder of the Australia-based players and staff are expected to leave here on Monday and link up in Miami with English county players Peter Siddle and Adam Voges, before heading on to Antigua.  David Warner, Steve Smith and Mitchell Starc, all currently involved in the Indian Premier League (IPL), will join the squad when their commitments to their respective franchises end.