Born on 13 August 1975, Shoaib Akhtar turns 46. Here are the top controversial statements by the former speedster from Pakistan.
Shubham Bhargav 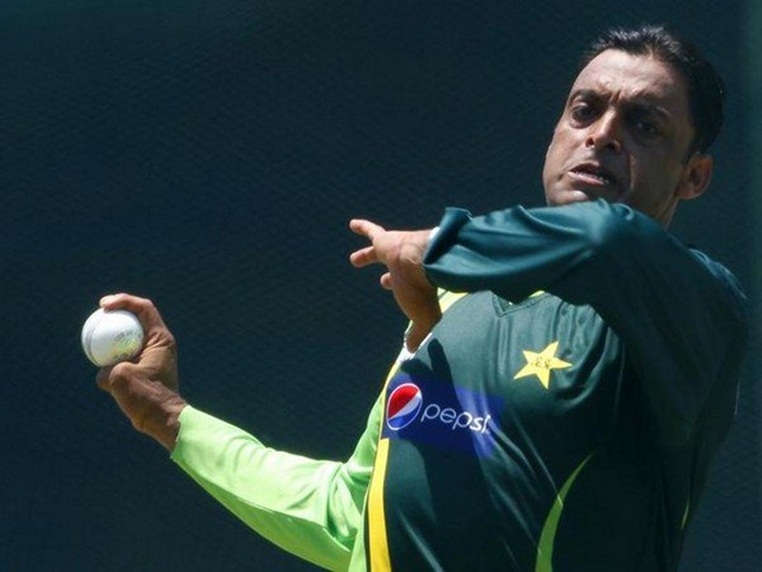 Shoaib Akhtar, one of the fastest bowler in the history of the game is also known for making statements which don't go down well with a lot of people. Popularly known as the 'Rawalpindi Express' Shoaib created history when bowled the cricket ball at a speed of 161.3 km/h on 22nd February 2003.

Shoaib had an illustrious career filled with achievements at the highest level, however, he said a few things on public platforms on several occasions which rattled innumerable cricket fans. Here are a few of them-

Akhtar launched his autobiography back in 2011 named "Controversially Yours" and made a statement which enraged Indian cricket fans. Akhtar claimed that Sachin was afraid to face him even on a dead pitch in Faislabad back in 2006. Moreover, Akhtar refused to apologize for his statement and claimed that his words were presented in a strange way by the media.

2. 'Every team is involved in ball tampering'

Shoaib Akhtar made headlines when he was suspended twice by the ICC over ball tampering charges. He was caught red handed and much to everyone's surprise, Akhtar claimed that he did tamper the ball and added that it was something which was done regularly by almost every International team.

Akhtar has criticized BCCI on several occasions stating that the Indian Board pushes ICC to take decision which is in its favor. Talking about the Monkeygate controversy which shocked the cricketing world, Akhtar claimed that BCCI saved the ace off-spinner by using its influence. "At times someone calls another person a monkey but gets saved," Akhtar had said during an interview with Geo Cricket.

4. 'We'll capture Kashmir and then invade India from all sides for Ghazwa-e-Hind'

Akhtar, in an interview with Sama TV had claimed that it is mentioned in the scriptures that Ghazwa-e-Hind will take place and the river in Attock will be colored red in blood twice. Akhtar also said that after Ghazwa-e-Hind, India will have no boundaries. Needless to say, Akhtar received widespread criticism across the globe for this statement .

Akhtar once claimed that Virat Kohli has stolen Pakistan’s attitude. In a YouTube Video, Akhtar claimed, "Like we used to have fun in the team and like we won in India in the 90s, Kohli is now doing the same. Today, India has transformed into Pakistan and Pakistan has turned into India."