It took just 14 minutes and 16 ball for Pakistan to wrap up the win on the fifth morning as they took Sri Lanka's last three wickets without any addition to their overnight 212.
FPJ News Service 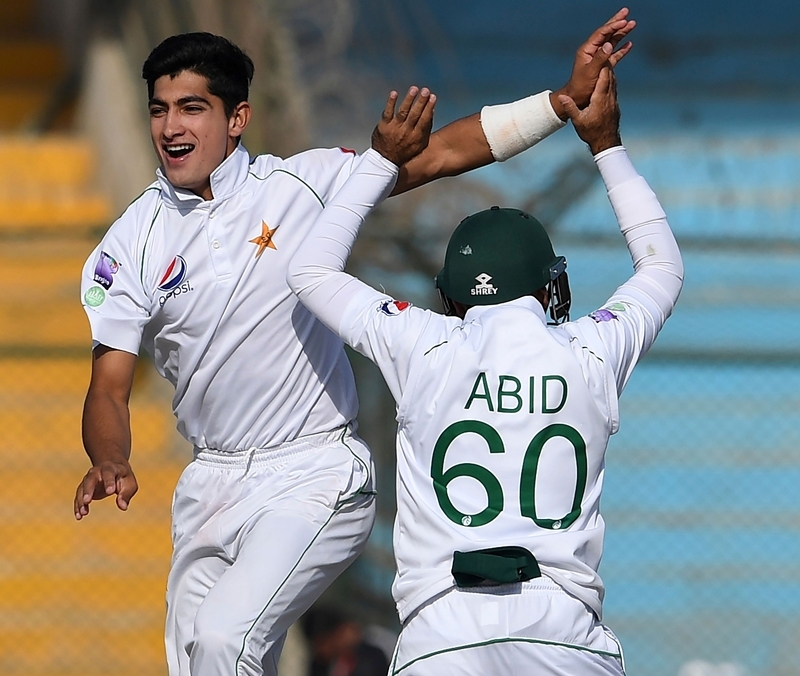 Karachi: Pakistan celebrated the return of Test cricket for the first time in over 10 years with a convincing 263-run win over Sri Lanka in the second Test in Karachi on Monday, taking the series 1-0.

It took just 14 minutes and 16 ball for Pakistan to wrap up the win on the fifth morning as they took Sri Lanka's last three wickets without any addition to their overnight 212.

Pakistan had set a daunting 476-run target on Sunday and reduced the tourists to 212-7 at the close.

Teenage quick bowler Naseem Shah at 16 years and 307 days became the second youngest bowler to take five wickets in a Test innings as he bowled an express spell to finish with 5-31.

Fellow Pakistani and left-arm spinner Nasim-ul-Ghani holds the record and was just four days younger when he completed the feat against the West Indies at Georgetown in a 1957-58 series.

Naseem was aged six when international cricket was suspended in Pakistan following an attack on the Sri Lankan team bus in 2009.

Pakistan were forced to play all their home matches at the neutral venues of United Arab Emirates, before improved security allowed them to begin hosting limited-over series over the past four years.

The first Test of the series in Rawalpindi marked the return of Test cricket in Pakistan, but it ended in a draw after being spoiled by bad weather.

"Special thanks to Sri Lanka from the bottom of our hearts," said Azhar. "They have given us immense happiness by playing in Pakistan, it was pretty emotional.

"Naseem is a special talent and we can build on our bowling attack in the years to come." Sri Lankan skipper Dimuth Karunaratne praised Pakistan.

"We dominated the first two days and then they batted very well and put pressure back on us and outplayed us. We couldn't build pressure with the ball despite taking a lead of 80," said Karunaratne.

Pakistan turned the match on its head with a huge second innings 555-3 declared on Sunday, with 174 from man-of-the match and man-of-the series Abid Ali, 135 from Shan Masood, 118 from Azhar and 100 not out from Babar Azam as the top four all reached three figures.

Abid had also scored hundred in the first Test.

The final day began in a dramatic manner when Naseem dismissed Lasit Embuldeniya off the first ball, catching his gloves on the way to wicketkeeper Mohammad Rizwan.

From the other end leg-spinner Yasir Shah had Oshada Fernando caught in the slip for his overnight score of 102 after a 180-ball knock that contained 13 boundaries.

Naseem wrapped up the match by trapping Vishwa Fernando with the fifth ball of the next over, triggering jubilation among the Pakistan players who were all playing in their first Test series at home.

It is Pakistan's first series win at home against Sri Lanka since 1992.

The win lifts Pakistan to third in the World Test Championship table with 80 points. Pakistan got 60 points from the win and 20 from the first Test draw.

India (360) and Australia (216) are currently first and second. Nine teams are competing in the Championship, with the top two contesting the final in June 2021.