Series against New Zealand before the World Cup will give us time to work upon players as a team, says India captain Mithali Raj 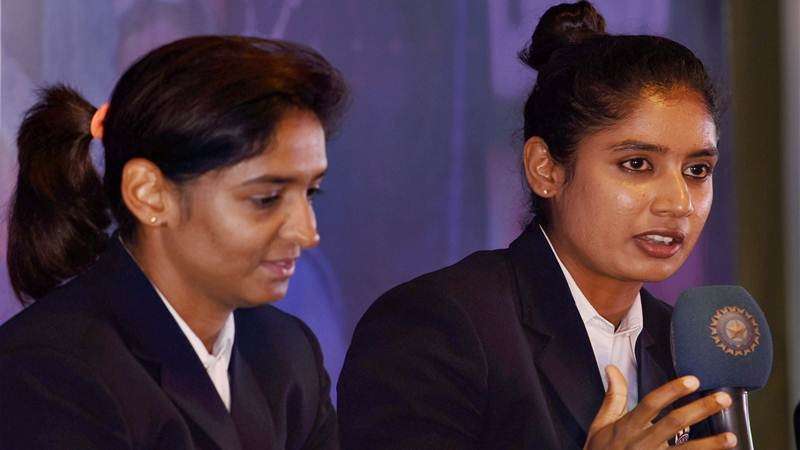 India's ODI captain Mithali Raj feels the New Zealand series in February will give the team a "clear picture" before going into the Women's World Cup in March this year.

India will lock horns with New Zealand in five ODIs starting from February 11. The Women's ODI World Cup will kick off on March 4 with India slated to take on Pakistan in their first match on March 6 at the Bay Oval, in Mount Maunganui.

"Five ODIs in New Zealand will definitely help as we are playing a series in a country where World Cup is going to be hosted. We will have a lot more time to work upon as players as a team. We have a very experienced spin attack and seamers have done well in the past, so those five ODIs will give us a clear picture," Mithali told ANI.

The All-India Women's Selection Committee last week had picked the squad for the World Cup 2022. Meghna Singh, Sneh Rana Yastika Bhatia and Richa Ghosh were named in the squad.

Mithali said the five ODIs in New Zealand before the World Cup will help in identifying the core group of players who will feature in the mega event for India.

"It all depends on what the team is looking at, how a couple of games pan out, who all are in rhythm, and who needs a little more time in the center, so these factors will be considered in the New Zealand series because we would want the core group of players to be in form when they get into the World Cup," said the ODI captain.

Mithali has been training in Vijayawada for the Women's ODI World Cup and wants everyone to be optimistic and in the right frame of mind ahead of the showpiece event.

"I am training in Vijayawada right now, preparing on my personal level as a player because when we have our camp I'll probably have a lot more on my hand to work on the other players in terms of composition and what needs to be tweaked before the World Cup," said Mithali.

"But if you ask me as a player the excitement level is always there with a thought of the World Cup in March. So let's be optimistic about everything going well for India," she added.

Mithali, who had retired from T20Is in 2019, will feature in her last ICC tournament in the ODI World Cup in March. The ODI skipper has a lot of faith in the young generation as she feels the new players have the depth and talent to take the limited-overs format for India forward.

"There are a lot of youngsters coming up, of course in the team we have Smriti, Shafali and Sneh Rana has been really good in the last two series. We have Renuka who has done well, Meghna Singh is there, these players are already part of the team," Mithali said.

"We also have Yastika who is one series old. Richa who has done well in Australia, both the young girls have done well, and looking at the challenger trophy there is depth and talent it's just the matter of getting them the sought of exposure," she added.

With Women's IPL on cards, Mithali believes India will build a pool of talented players in the coming years and the side might become a major force to reckon with.

"I am sure with the Women's IPL next year and the way the domestic season has happened this season it definitely shows that given the right platform and the matches with Under-19 World Cup in the offing, India A tours," said the ODI captain.

"I am sure in a couple of years' time there will be a good pool of players to carry the Indian team forward," Mithali added.

A total of 31 matches will be staged across 31 days, with the eight teams clashing to clinch the World Cup title.

The Women's ODI World Cup will be played in the league format, where all eight nations will face each other once, at the end of which the top four teams will qualify for the semi-finals.

The first semi-final of the World Cup will be played at The Basin Reserve in Wellington on March 30 while The Hagley Oval will stage the second semi-final on March 31.

The finals of the tournament will be played on April 3. Both the semi-finals and the finals will have a reserve day in a place as per ICC.