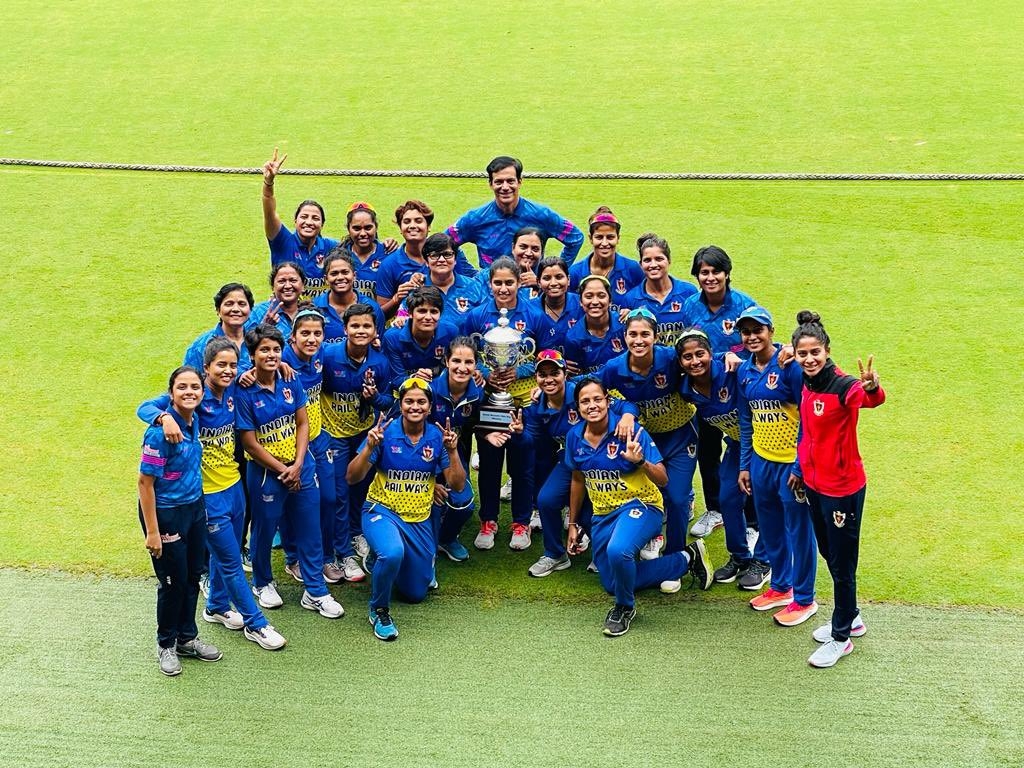 Railways hammered Karnataka by eight wickets in the final of the Women's Senior One-Day Trophy at the M Chinnaswamy Stadium here on Saturday. It was also the 13th time that Railways, also the defending champions, had won the trophy, asserting its domination.

With the semi-finals washed off due to rain, a lot was expected from the final between two unbeaten teams in the tournament. But it turned out to be one-way traffic for the Mithali Raj-led Railways side. After electing to field first, pacer Renuka K Singh blew Karnataka away with the new ball, taking out the top four of S Shubha, D Vrinda, G Divya, and captain Veda Krishnamurthy to leave the hosts reeling at 28/4 in eight overs.

Eventually, Renuka shined with figures of 4/14 in seven overs as Railways didn't let go of the early advantage. Though K Prathyoosha (16) and Niki Prasad (21) tried to put some resistance, it was only a matter of time in being out for a paltry score as Karnataka crashed to 74 all out in 38 overs.

In reply, Railways overhauled the meagre total in 22.2 overs with eight wickets in hand. Opener S Meghana top-scored with 36 from 43 balls, including five fours and a six. Though they lost Punam Raut and Meghana, Nuzhat Parween (20 not out off 38 balls) and D Hemalatha (17 not out off 23 balls) ensured that there were no more hiccups to Railways path of winning the final despite rain interrupting the proceedings in between.