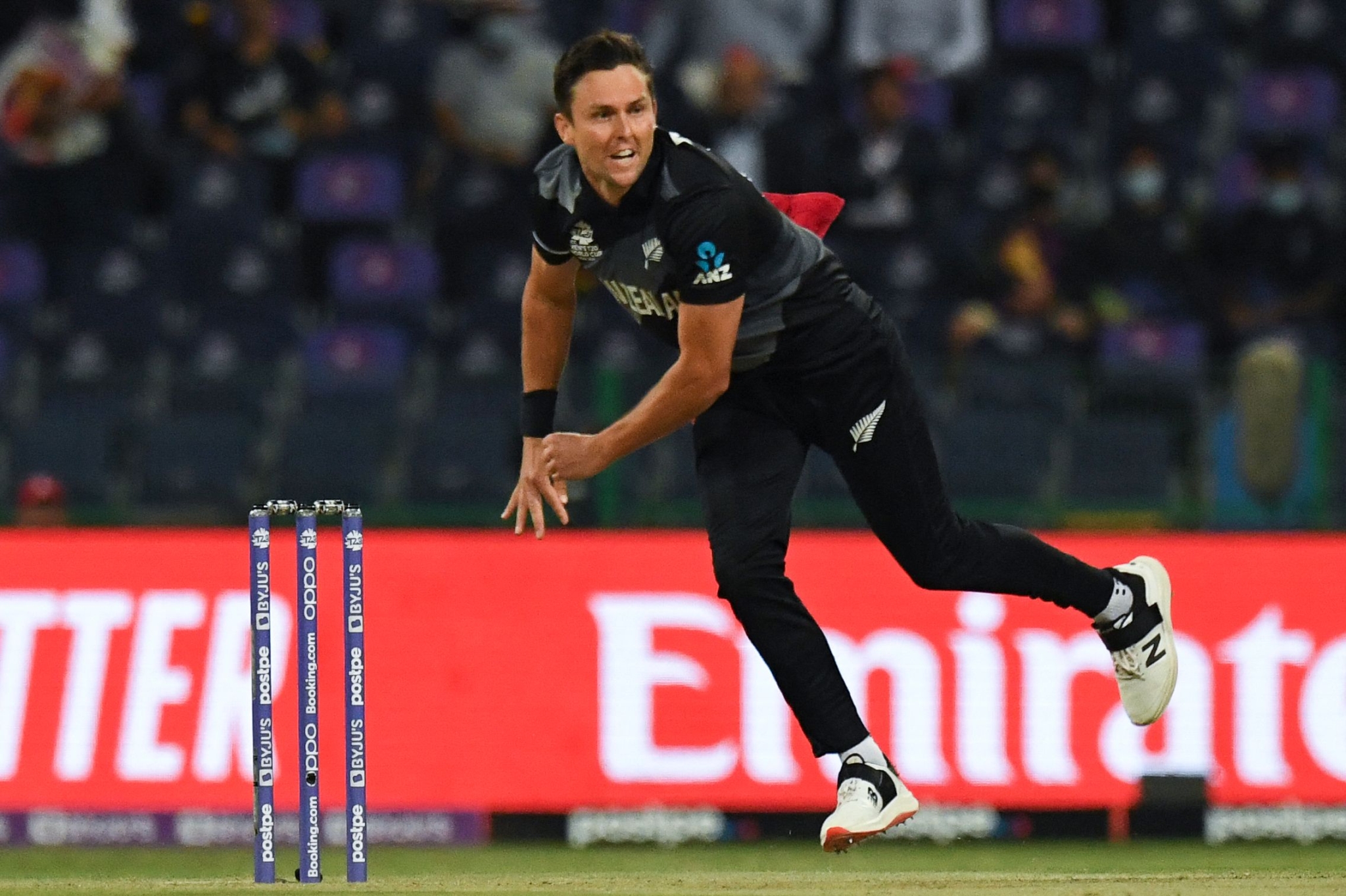 India's Test batters will be relieved that Trent Boult will not bend a few into the right-handers as the Black Caps' leader of pace attack feels that he needs to refresh and rejuvenate after 12 weeks of continuous cricket.

Boult is in India for the three-match T20 International series but will head back home from Kolkata after the final white-ball game as he takes a break before being back against Bangladesh for a home Test series.

"World Cup is a very big stage but probably second to that is playing India in India. I think boys are definitely looking forward to it and just adapting to it and reading the wicket is going to be a big play over here as well," Boult was quoted as saying in a video released by 'New Zealand Cricket'.

In a match with a total of 345 runs, Trent Boult conceded just 18

Boult, the standout performer in the T20 WC final

Boult, who also featured in the second leg of the IPL before the T20 World Cup, said that he is now looking forward to the New Zealand summer.

Boult, who was part of the New Zealand team that lost the T20 World Cup final, said that the defeat to Australia has been a bitter pill to swallow.

It still hurts a little bit to swallow that result but life goes on in a way but got back to hotel, bags were out and we were on a chartered flight to Jaipur and now in the hotel."

"It still hurts a little bit to swallow that result but life goes on in a way but got back to hotel, bags were out and we were on a chartered flight to Jaipur and now in the hotel,'' the left-arm pacer said.

Boult is happy that New Zealand's "white-ball team" is in a "good position" having now played three finals in last six years.

"We had some good chances as we came into the tournament. Great win against England (in the semi-final) and chance for that last dance and that great final. Obviously, it's hurting, may be next time, pretty much. Bit of shame to be on wrong side of the result,' the affable bowler said.