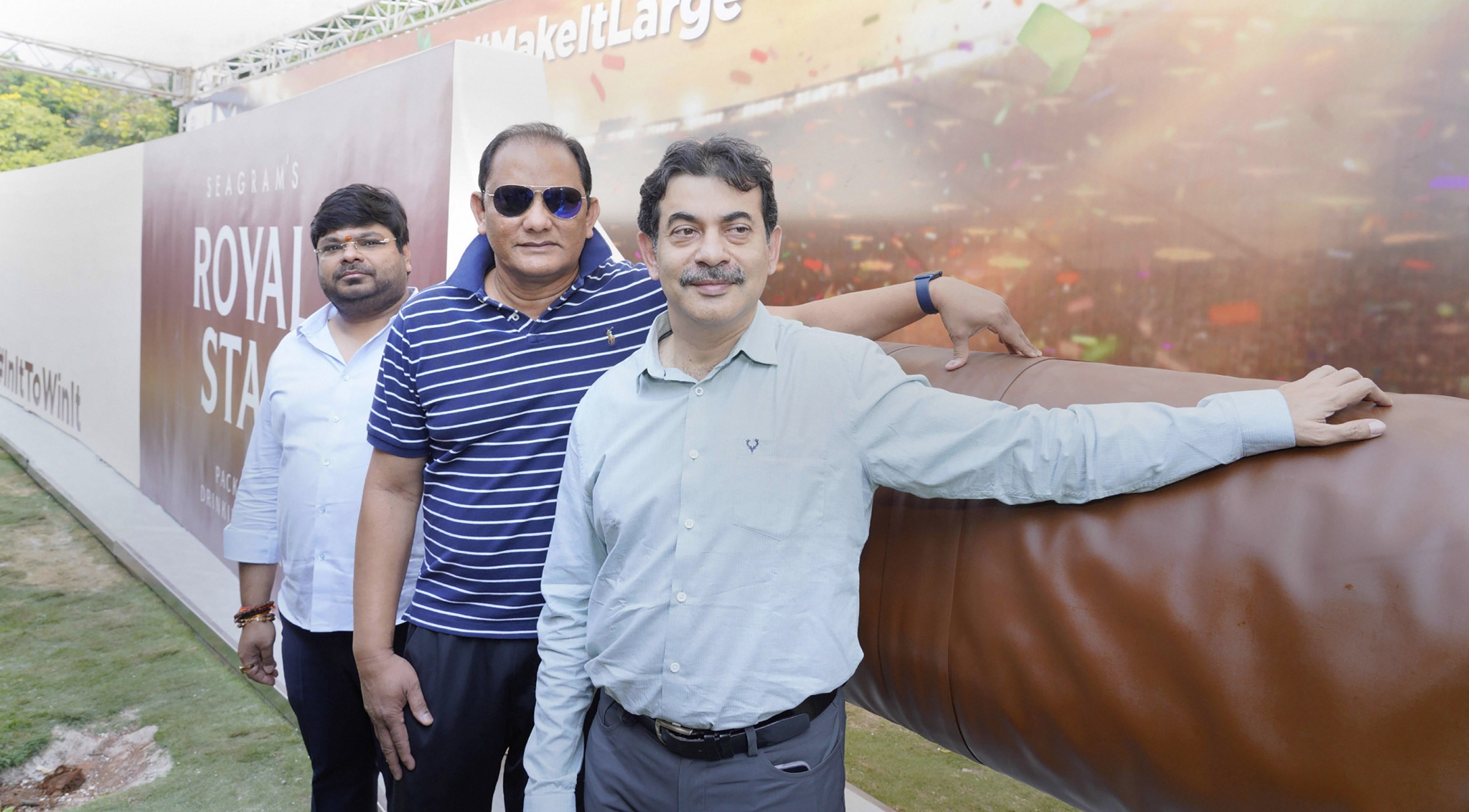 The Supreme Court on Wednesday directed former India skipper Mohammed Azharuddin, who is the President of the Hyderabad Cricket Association, and its secretary to "jointly" sign cheques to ensure that the day-to-day functioning of HCA is not hampered for the time being.

HCA president Azharuddin and its secretary R Vijayanand and the factions led by them are opposed to each other over the appointment of former apex court judge Justice Deepak Verma as the ombudsman of the cricket body.

The high court, in its judgement of April 6, had set aside an order of a Hyderabad civil court to suspend the decision of the apex council of the Hyderabad Cricket Association (HCA) to appoint Justice Verma as Ombudsman-cum-Ethics Officer of the HCA.

The top court, while fixing the pleas for hearing immediately after Diwali vacation, passed a consent order in meantime to ensure smooth functioning of the HCA.

"...till these matters are finally heard by this Court, and with the consent of the parties, we deem it appropriate to direct both the President and the Secretary of the Hyderabad Cricket Association to jointly sign the cheques so that the day-to-day functioning of the Association is not hampered for the time being," the bench ordered.

Earlier, the top court had expressed strong displeasure over the functioning of faction-ridden HCA and the row on the issue of appointment of the ombudsman and had said that it will order an inquiry into the whole issue by a former apex court or high court judge.

"Cricket has gone somewhere else and politics has taken precedence," the bench had said, adding "We will appoint some good people, some retired judges of the Supreme Court or the High Court to conduct an inquiry. Let both the groups (of HCA) go...They will have to go out of the management. This needs a CBI inquiry. They want to drag even the judiciary." It had asked senior counsel Rakesh Khanna, appearing for one of the factions of the HCA, to convey Justice Verma not to pass any order as the ombudsman since his tenure has already come to an end.

The Hyderabad Cricket Association and its member 'Budding Star Cricket Club' have filed the appeals against the order of the Telangana High Court which upheld the appointment of the ombudsman by Azharuddin and others of the HCA.

The high court, in its judgement of April 6, had set aside an order of a Hyderabad civil court to suspend the decision of the apex council of the Hyderabad Cricket Association (HCA) to appoint Justice Verma as Ombudsman-cum-Ethics Officer of the HCA.

While upholding the appointment of Justice Verma, the high court had severely faulted the HCA secretary, R Vijayanand, for "playing fraud to abuse the process of the court".

The HCA has been divided over the appointment of Justice Verma as the ombudsman and a case was filed in the civil court by one 'Budding Star Cricket Club', which is affiliated to the HCA.

It was contended before the lower court that the resolution of the HCA apex council, in appointing Justice Verma, was without the authority of law.

It had contended that the decision of appointment could only be taken at the annual general body. Following this, the civil court had suspended the appointment of Justice Verma.

In revision, the Charminar Cricket Club, also affiliated to the HCA, contended in the High Court that the petitioner was in collusion with HCA secretary Vijayanand and was lacking in bona fides.

The High Court set aside the city court's decision and had come down heavily on the secretary of the HCA while terming the litigation against the appointment of the ombudsman as a "collusive" one.

"It is clear that the Secretary of the 2nd respondent (HCA), having agreed to the appointment of Justice Deepak Verma as Ombudsman and Ethics Officer in the meeting of the Apex Council held on June 6, 2020, which was ratified in the subsequent meeting of the Apex Council held on August 13, 2020, tried to sabotage the said appointment by setting up the 1st respondent to file the O.P. giving the incorrect address of 2nd respondent...," the high court had said.

It is clear that HCA Secretary, has agreed to a particular decision in the Apex council meeting, later "clandestinely" arranged another meeting on the same behind the back of the President Mohammed Azharuddin, got passed another resolution and deliberately misled the court below in getting the appointment of ombudsman stayed, the high court had said.