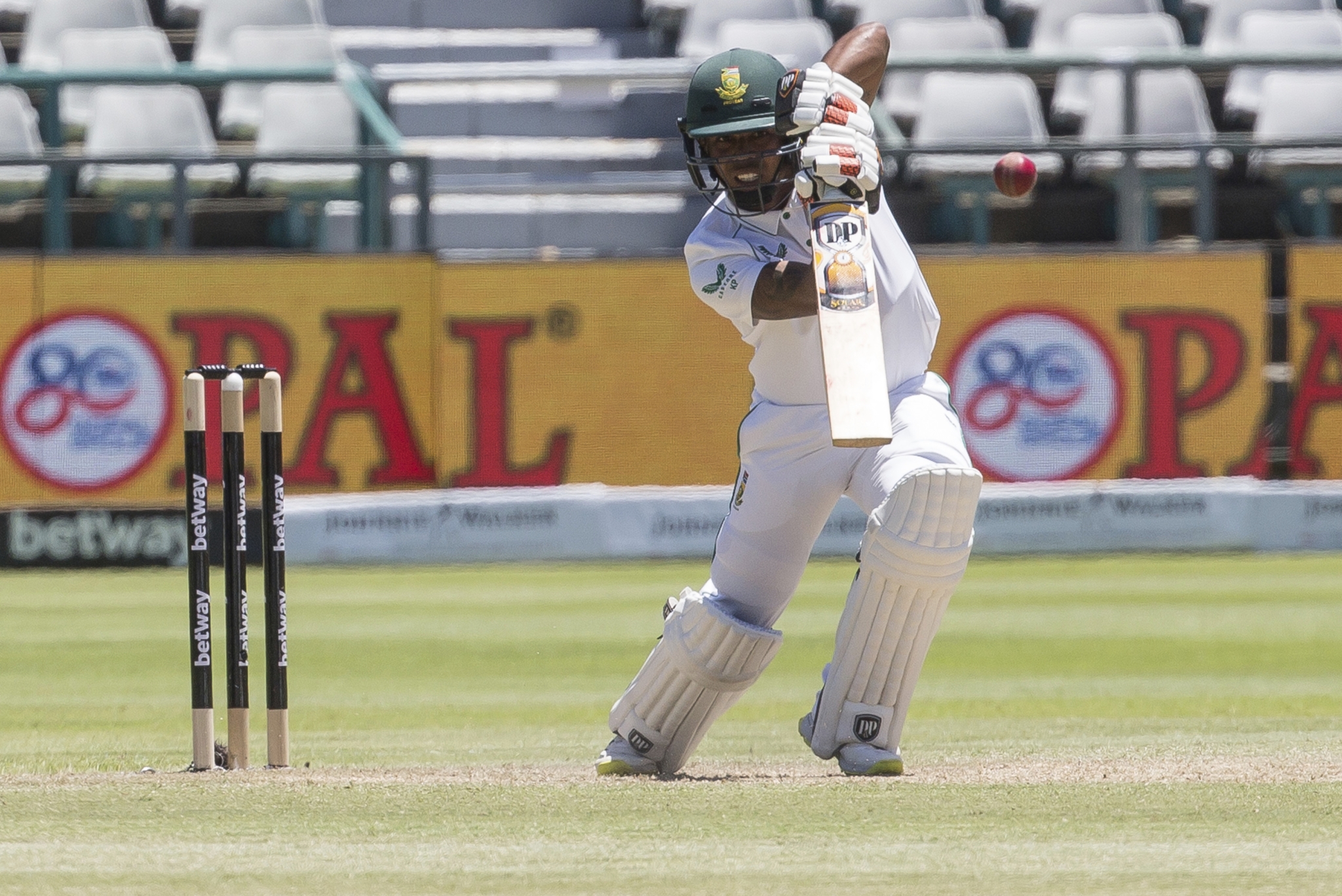 Keegan Petersen continued his impressive run in the series stroking 82, that has put South Africa on the brink of a series win against India on the penultimate day of the last Test on Friday.

The 54-run stand between Petersen, who had 10 boundaries in his innings and van Der Dussen, who played 72 balls, made it easier for the Proteas.

Cheteshwar Pujara dropping a regulation slip catch offered by Petersen off Jasprit Bumrah's bowling only added insult to the injuries as the batter was on 59 then and after that got a few boundaries at a fair clip to ease the pressure.

It was a challenge to play the first spell from Jasprit Bumrah and Mohammed Shami which the South Africa duo managed pretty well despite some really good deliveries.

Once they had seen off the first spell, they attacked Umesh Yadav and got a few boundaries through the off-side cordon, prompting Virat Kohli to spread the field which in turn also gave them chance to take singles and doubles.

It was Shardul Thakur, who finally got rid of Petersen, with an innocuous delivery that he dragged back onto the stumps.

The period post Petersen's dismissal was bit of a lull as Indian bowlers went flat out but to Van der Dussen's credit, he hung in there and showed some great defensive technique.

However by then, only 57 runs were left and Bavuma played a few rasping drives to leave the Indians gasping for breath.

But the hero of this chase certainly will be Petersen, who has both fine technique and admirable temperament which are ingredients required to succeed in top flight cricket.