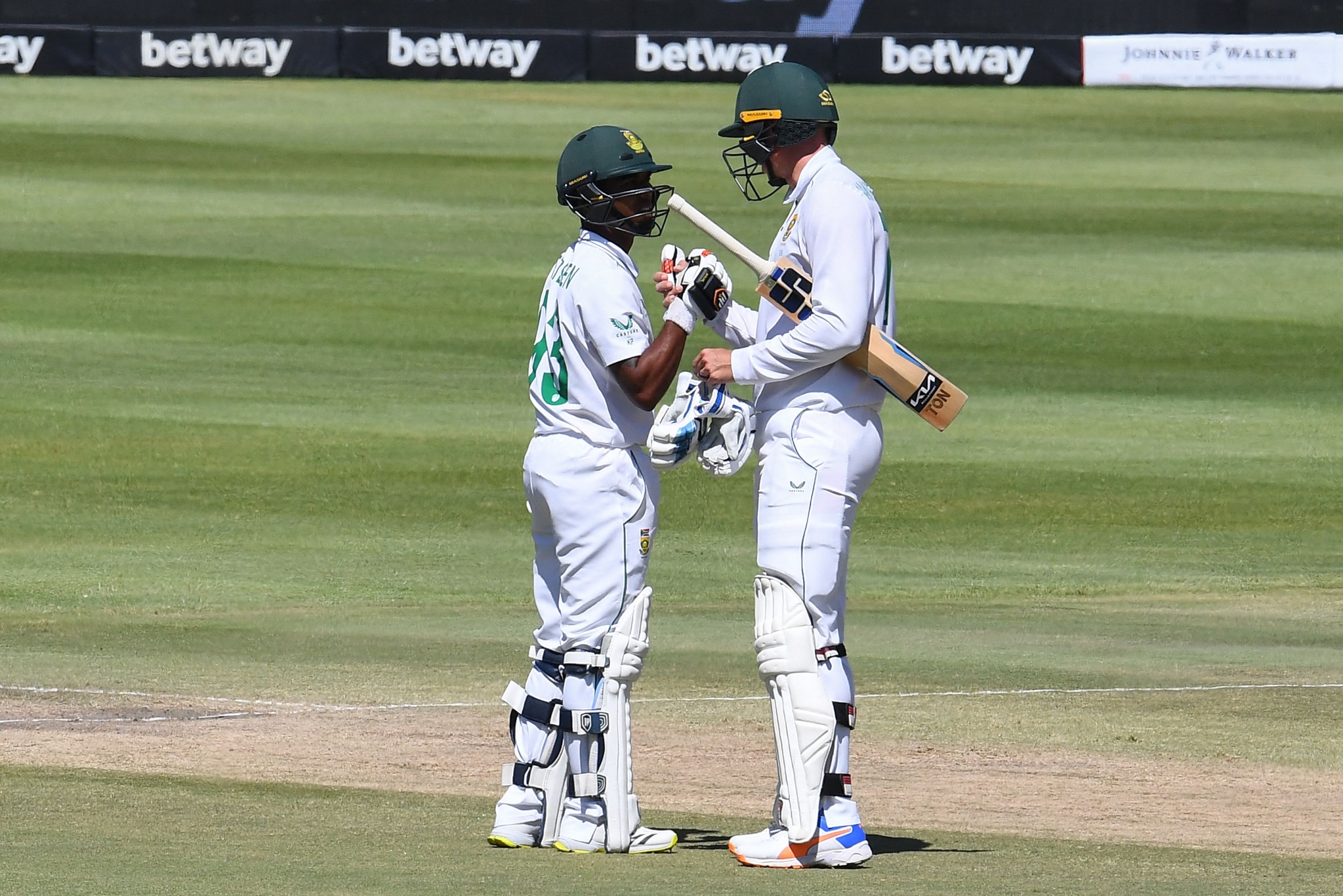 After Petersen fell, van der Dussen and Temba Bavuma combined for an unbeaten partnership of 57 off 105 balls to chase down 212, scripting a remarkable series victory from being 0-1 down, losing tosses to acing 200-plus chases twice to win by 2-1

The play on Day 4 began with Petersen reaching his second half-century of the match with a brace on thick edge going through third man. It also meant that Petersen has crossed fifty thrice in the series, including twice in the ongoing match. India pacers Mohammed Shami and Jasprit Bumrah asked many questions while beating the outer edges but couldn't get a wicket early on.

Van der Dussen pounced on everything with width and also survived a caught behind appeal off Shami as the bat touched the ground while looking to drive. Petersen continued to impress with his off-side play and had a reprieve at 59 when Bumrah found his outer edge with a peach of a delivery but Cheteshwar Pujara couldn't hold onto the catch at the first slip.

Van der Dussen clipped Umesh Yadav through mid-wicket while Petersen took two more boundaries through the off-side off Shami and Bumrah. The 54-run partnership was broken by Shardul Thakur, who got Petersen to chop onto his stumps and fell 18 runs short of his maiden Test hundred.

Petersen's knock of 82 off 113 balls, his career-best effort, comes after he made a sparkling 72 in the first innings. The 28-year-old signed off from the three-match series as the highest run-scorer with 276 runs in six innings, which should be good enough for him to seal the number three spot for himself in So'th Africa's Test eleven.

Petersen's departure got India to keep things tight till Temba Bavuma punched off backfoot and then creamed a drive-through extra cover off Bumrah to restart the run-flow for South Africa. Thakur almost had van der Dussen's wicket but the right-hander survived via umpire's call on an lbw appeal as South Africa went into lunch on the verge of a win.

Van der Dussen's dab to point off Ashwin for a single resulted in four overthrows before Bavuma finished off in style with a slog-sweep over deep mid-wicket.

The roar and punch in the air from Bavuma after hitting the winning runs showed the emotions of a team who weren't the favourites to win the series but did it.

India, who were the overwhelming favourites to clinch a maiden series win in the Rainbow Nation, will be left wondering where they faltered after winning in Centurion.