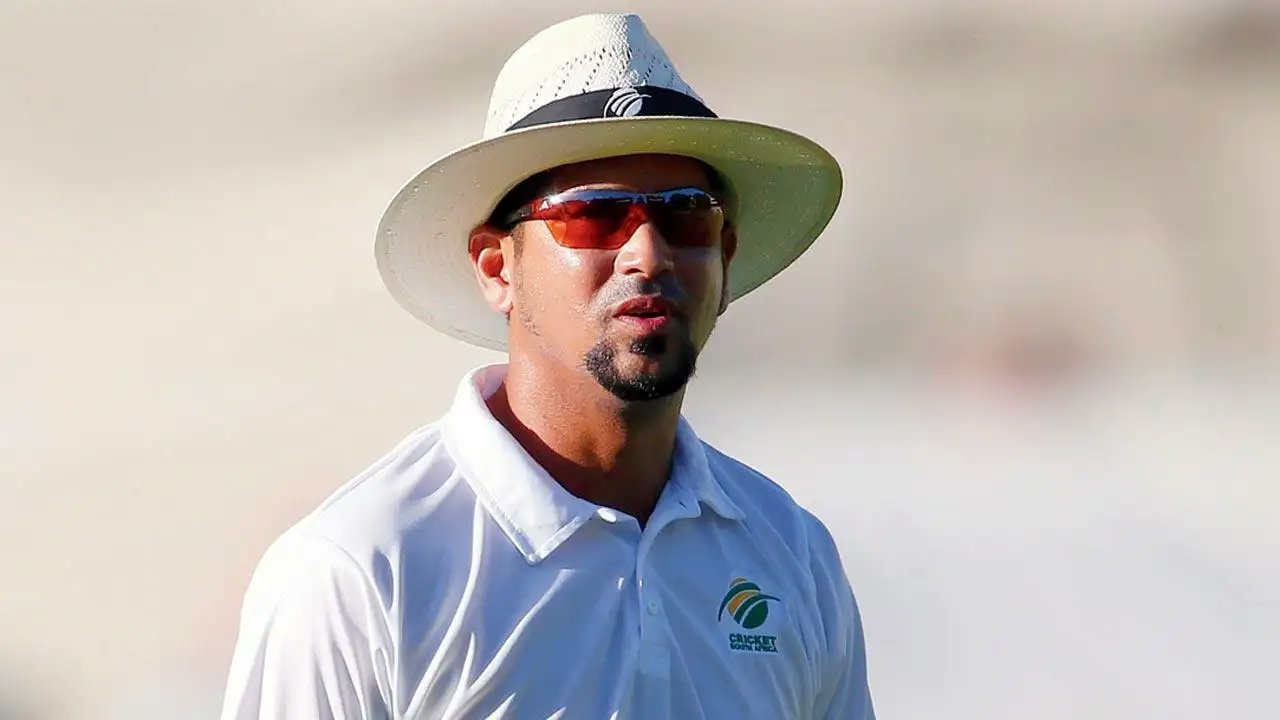 South African umpire Allahudien Paleker is having a fine Test debut in the ongoing second match against India at the Wanderers in Johannesburg but very few would know that his family traces its origins to Ratnagiri in Maharashtra.

Palekar traces his roots to Shiv village in Khed tehsil of Ratnagiri district.

Shiv village 'sarpanch' (village head) Durvesh Palekar told PTI on Wednesday, "I am also a Palekar. He traces his roots to our Shiv village. His father then migrated to South Africa for a job and later settled there. Allahudien was born in South Africa, but his original village is Shiv, which is in Khed tehsil." "The entire village, the gram panchayat (local governing body) is proud of him, that our name and that of the village has gone on the international level. We are extremely happy," added Durvesh.

Not only this but Palekar, 44, had also officiated in a Ranji Trophy game at the Wankhede Stadium in Mumbai during the 2014/15 Indian domestic season.

Palekar had officiated in the Mumbai versus Madhya Pradesh league game along with Indian umpire Krishnamachari Srinivasan.

"He did umpire in that Ranji Trophy game and also stood in another Ranji game in India as part of the umpire exchange programme," a senior Mumbai Cricket Association umpire, who was also the MCA's office-bearer in the past, told PTI.

In that drawn game against Madhya Pradesh, Palekar had witnessed centuries by Suryakumar Yadav (135) and Shreyas Iyer (142 not out).

Palekar is a former first-class player and comes from a family of umpires. His father Jamalodien is an umpire.