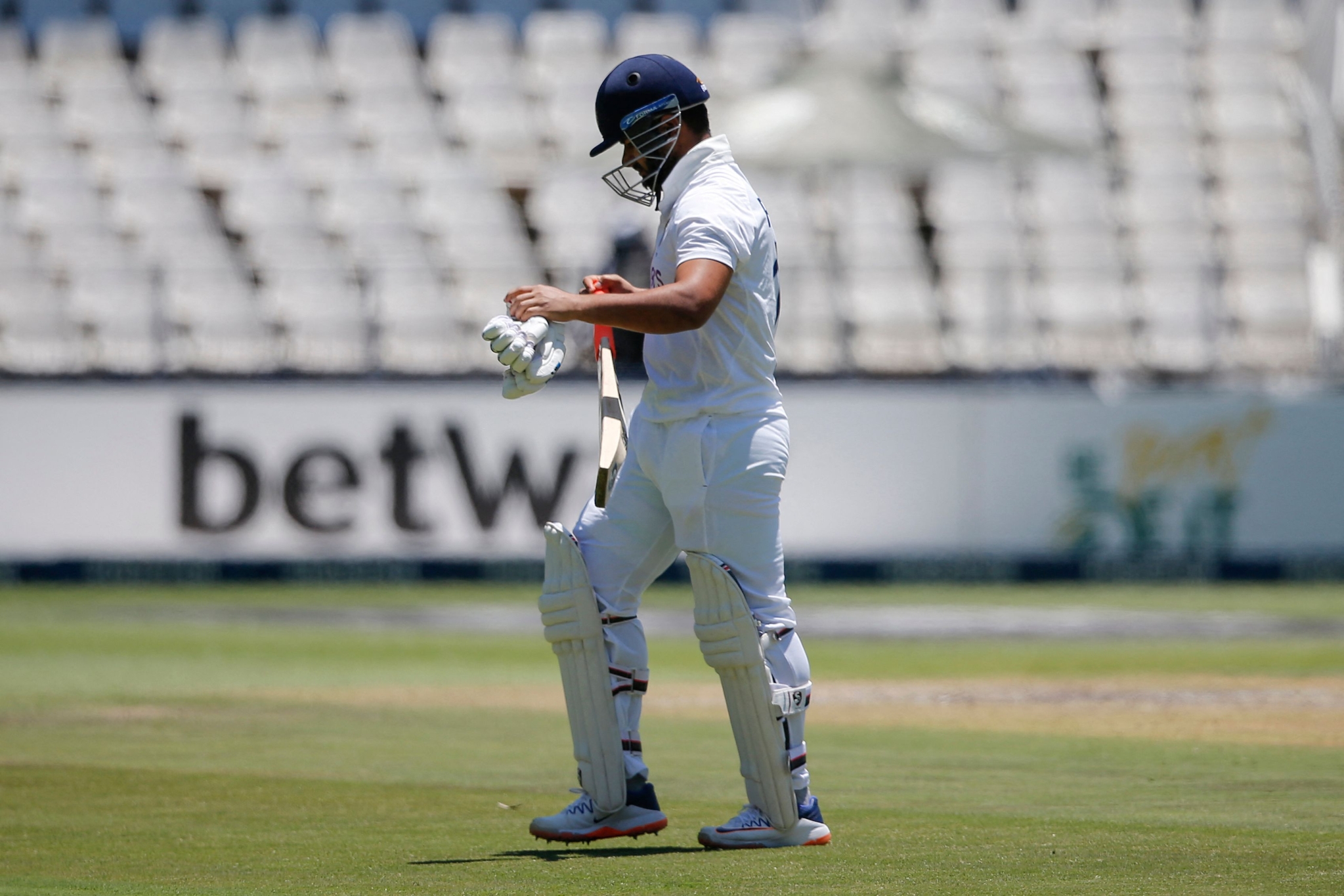 Rishabh Pant of India walks back dejected after being dismissed against South Africa in Johannesburg. | Photo: AFP

Team India head coach Rahul Dravid on Thursday admitted that there is a need to have conversations with wicketkeeper-batter Rishabh Pant regarding his shot selection.

Dravid's remarks came after India stumbled to a seven-wicket loss in the second Test against South Africa at the Wanderers, Johannesburg. Pant had thrown away his wicket in the second innings while looking to go over the top and he was dismissed for a duck.

"In the sense that, we know Rishabh is a positive player and he plays in a particular manner which has gotten him success. But yeah, of course, there are times, we will have a level of conversations with him around, it is just about the timing of that shot you know. No one is going to tell Rishabh not to be a positive or aggressive player. Sometimes it is about choosing the timing to do that," said Dravid during a virtual press conference.

"When you have just come in, giving yourself some more time would be more advisable. We know what we are getting with Rishabh, he is a very positive player, he is someone who can change the course of the game for us, so we won't take that away from him and ask him to become something very different. It is about figuring out when is the right time to attack. He is learning, he plays in a particular way but he will keep learning," he added.

Dean Elgar played a captain's knock scoring an unbeaten 96 to take the hosts to a 7-wicket win levelling the 3-match series 1-1 against India. After the rain interruption, the play finally started on the penultimate day of the Test match where South Africa resumed the day with an overnight score of 118/2. Elgar and Bavuma comfortably took South Africa home with the captain fittingly scoring the winning runs as the hosts levelled the 3-match Test series 1-1.

"Dean Elgar played well, you need to give him credit. He stuck it out there, both the Test matches, he stuck out there, fought through some difficult periods and we beat his bat quite a few times. We have beaten the bat, we just have not been lucky. Credit to him, in spite of not looking very comfortable he stuck it out there and he showed determination to fight his way through. As I said, he really showed great character to keep fighting," said Dravid.

"We came here knowing that we will have to do something really special to get those eight wickets with South Africa needing 122 to win on the final day. We knew the outfield was wet and the ball was going to get wet. Probably the ball did not swing much as the ball got wet. But credit to the South Africa batters, they played really well. Whenever the bad balls were bowled, they cashed in. We were excited to go out there and give our best but on the day, South Africa played better," he added.