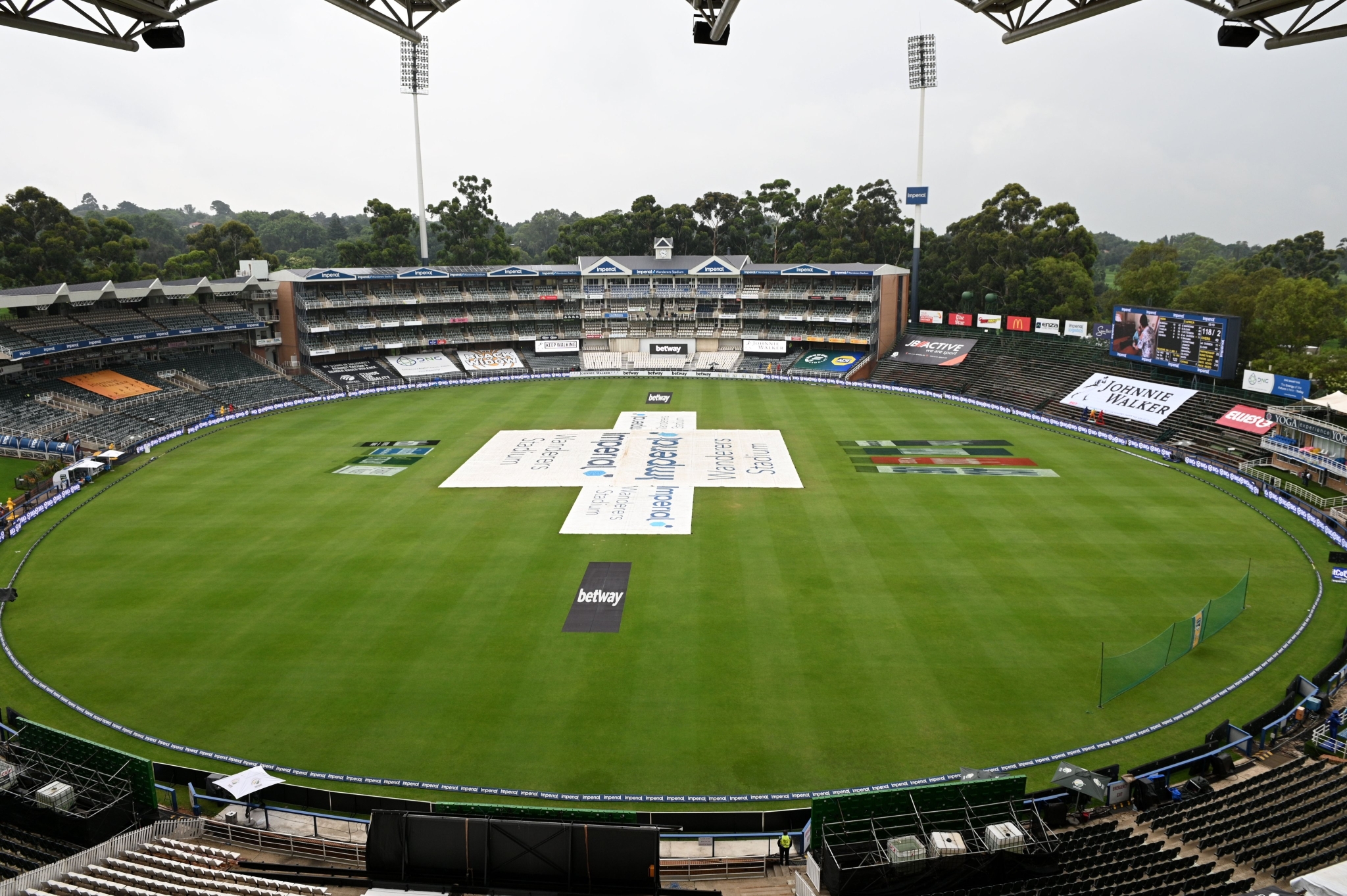 The pitch under covers due to rain in Johannesburg. | Photo: Twitter

The start of the fourth and penultimate day's play in the second Test between India and South Africa was on Thursday delayed because of rain. It is likely that the first session could be washed away.

South Africa need 122 runs to win the match and restore parity in the three-match rubber, while the visiting Indians need eight wickets to emerge victorious and script their maiden Test series win in the Rainbow Nation.

Before the scheduled start of play, it was raining lightly and the covers were on.

India lead the series 1-0 after their win in the opening Test.