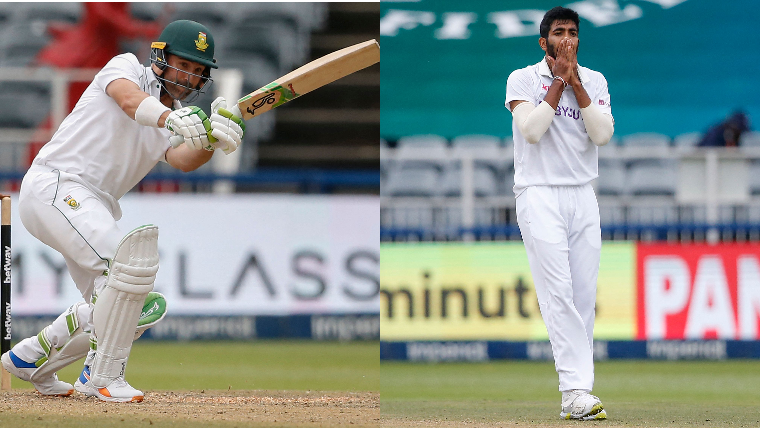 Dean Elgar fought. Dean Elgar took many body blows. But eventually what mattered was Dean Elgar stayed unbeaten on 96 and took South Africa home to a series-levelling win against India in the second Test at the Wanderers on Thursday. It was a fighting knock from the Proteas skipper, that helped them to a record chase in Johannesburg.

Having won twice and drawn three Tests out of the previous five times, it was India's first loss at the venue. Finally, South Africa managed to defeat the Indians at a venue that was proving tough to breach at home.

Day Four began with South Africa needing 122 runs for an unlikely win while India needed eight wickets to seal the series. However, rain kept everybody waiting for over two sessions.

The heavy roller combined by the moistness meant that South Africa began swiftly. A less incisive and wayward Indian bowling helped their cause, too. Rassie van der Dussen, who merely managed to hang on till Stumps on Day Three, punished anything that was on the pads and encashed on the width outside off.

In the interim, captain Elgar struck his 19th Test fifty. Having battled it out on the third day, taking blows on the body and more significantly on his neck, the left-hander played more strokes and was also watchful to not let his guard down. Quite fittingly, he flicked Ravichandran Ashwin through mid-wicket to seal the seven-wicket win.

Van der Dussen survived some hostile spell from Jasprit Bumrah and Mohammed Shami, before edging one to slip off the latter. But it wasn't before he made 40 and added 82 with Elgar that saw the hosts on the doorstep. Temba Bavuma then showed the spunk he has through the series. He was fortunate on a couple of occasions with the outside edge evading the slip cordon.

With a half-fit Mohammed Siraj unable to bowl full throttle, India had only three seamers operating alongside off-spinner Ashwin. Thakur, who picked up a record seven wickets in the first innings, could only add one more to his kitty in the second dig.

And so, the third Test in Cape Town, starting next Tuesday, has all to play for for both the teams — India aiming for their first-ever series win in South Africa, while the hosts trying to avoid just that.