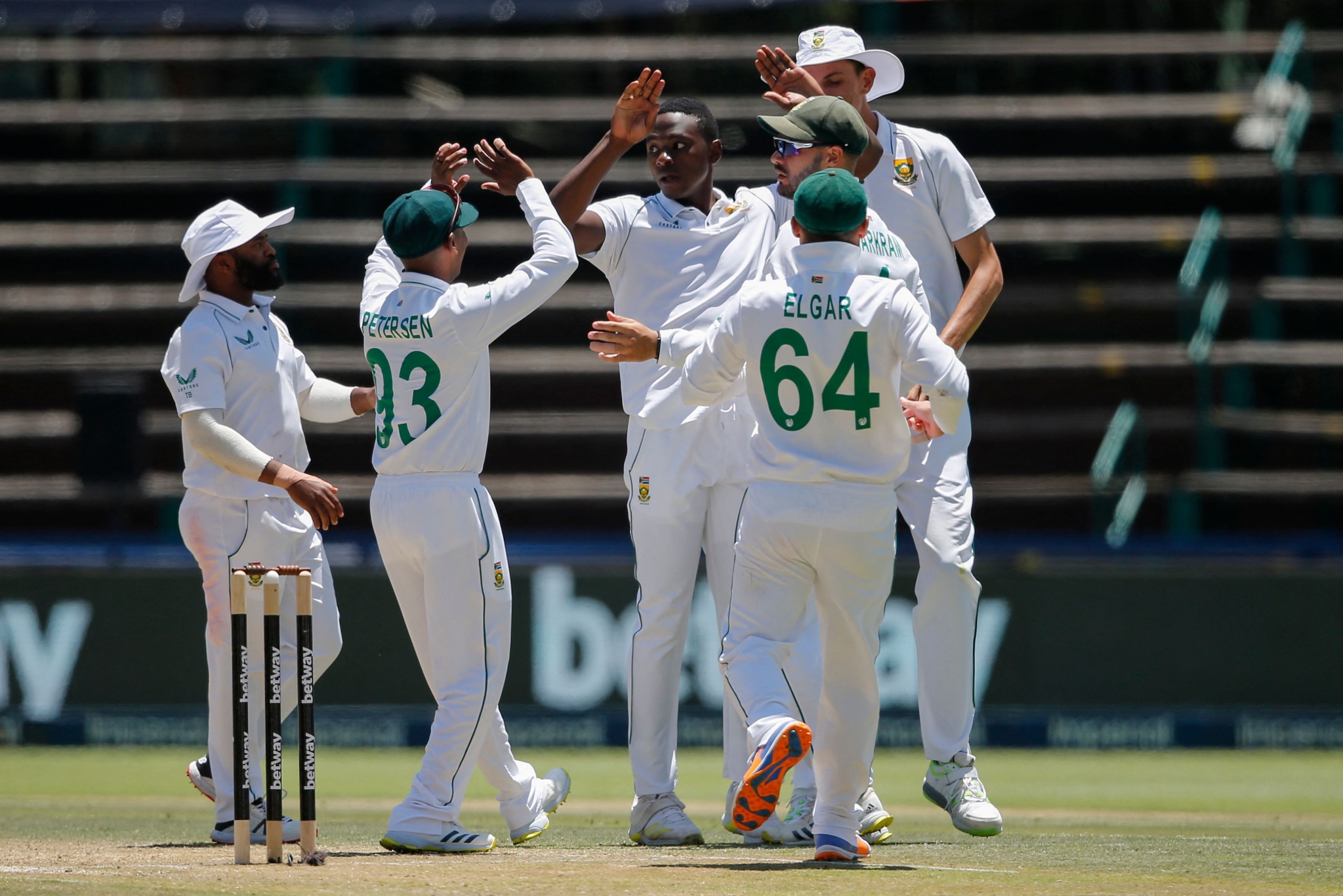 Kagiso Rabada's three-wicket burst pegged India back after Cheteshwar Pujara and Ajinkya's hundred-run partnership on Day Three of the second Test at the Wanderers in Johannesburg. India were leading by 161 runs with four wickets in the back at Lunch on Wednesday.

The match now hangs in balance again after Rishabh Pant's indiscreet shot put India in a spot after Pujara (53 off 86 balls) and Rahane (58 off 78 balls) in a rarely seen counter-attacking mode added 111 runs in just 23.2 overs.

Having understood that time is indeed running out for them, both the batters decided not to try and hang around as they looked for scoring opportunities. The half volleys were driven imperiously and the width was dispatched disdainfully square off the wicket.

When Marco Jansen bowled one short, Rahane uncorked the slash over point for a six. Pujara's 50 came off 62 balls while Rahane's half-century was completed in 67, signalling that they were trying to show 'intent' and put team's interest above everything else.

They hit 18 fours and a six between them.

There was a time when India were 155 for two with a lead of 128 and it seemed that South Africa's propensity to bowl too short or too full was proving to be damaging.

But then Rabada, South Africa's best exponent of fast bowling since Dale Steyn, produced a piece of inspiration that is so synonymous with traditional format.

Rabada found that ideal back of length where there is a crack and it landed there to deviate sharply, taking Rahane's edge into keeper Kyle Verreynne's gloves.

Pujara then got one from Olivier in the off-stump channel to be plumb despite lunging far forward.

However, the man who disappointed one and all was Pant, who first got a snorter from Rabada that hit his helmet visor when he tried to defend awkwardly and then he charged like a raging bull trying to convert a short ball into half volley. The result was an edge to keeper.