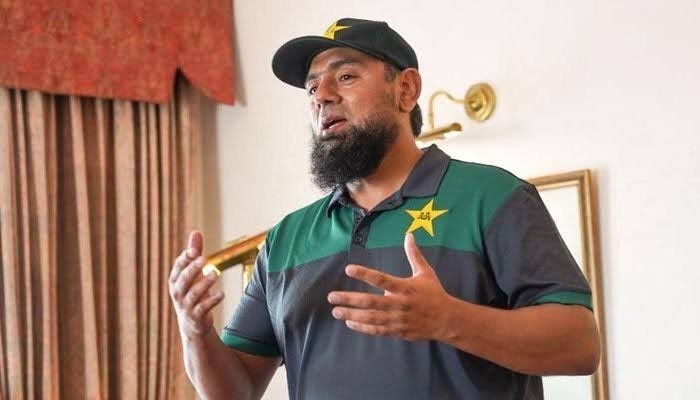 Former Pakistan spinner Saqlain Mushtaq has conveyed to the PCB that he would be unable to take up the head coach job with the national team on a full time basis due to his personal commitments.

According to a well-informed source in the Pakistan Cricket Board (PCB), Saqlain, who has worked as interim head coach with the Pakistan team since September, has informed PCB chief Ramiz Raja of his inability to take up the role full-time.

"Saqlain told the chairman that while he was happy to have contributed as interim head coach he wouldn't be able to accept a long term and permanent assignment as head coach as he had prior business and personal commitments.

"Saqlain conveyed that already his business has been affected due to his absence with the Pakistan team as interim head coach," the source said.

Saqlain was appointed in the interim role with the national team while working as a coach at the High Performance Centre in Lahore after Misbah-ul-Haq and Waqar Younis suddenly announced their resignations as head coach and bowling coach soon after returning from the West Indies tour.

The source said that Saqlain had told Ramiz that he would continue to work as coach at the High Performance Centre as he wanted to remain based in Lahore but would be available for short tour or series assignments.

Both Babar and Saqlain had recommended having foreign coaches with the national team in the same meeting with Ramiz.

The PCB has already given advertisements for five coaching positions including a power hitting batting coach and head coach for the High Performance Centre.