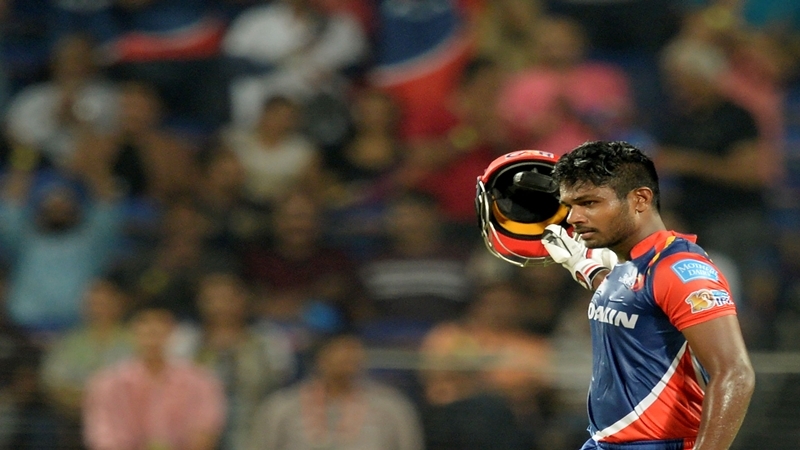 New Delhi: Wicket-keeper batsman Sanju Samson on Friday posted a 'smiling emoji' after getting snubbed from the T20I squad for the upcoming series against West Indies.

Samson posted the emoji on his Twitter account and the netizens were seen sympathising with the batsman.

"Made A T20I Comeback After 4 Years, But Didn't Get A Single Chance In The T20I Series Against Bangladesh Now, He is Dropped From The T20I Squad You Gotta Feel Sad For Sanju Samson," a Twitter user wrote.

"Dropped From Squad without getting any single chance. Being Sanju Samson is Really Hard #INDvWI," another user commented.

"lots of pain behind this smile, even after performing exceptionally well, not even a single chance given and being dropped!!! and I assure you, after SO MANY CHANCES of FAILURE, PANT will play a good inning once in a while and will EXTEND hi team membership fr FEW MORE YEARS," a Twitter user commented.

On Thursday, India had announced the T20I and ODI squad for the series against West Indies.

Samson had earlier been named in the T20I squad for the series against Bangladesh, but he did not get a chance to feature in the playing XI as Rishabh Pant was given a nod ahead of him.

The wicketkeeper-batsman has scored 112 runs from four games in the ongoing Syed Mushtaq Ali Trophy.

The Men in Blue are slated to play three T20Is and three ODIs against West Indies.

The first T20I will be played on December 6 at the Wankhede Stadium, Mumbai.