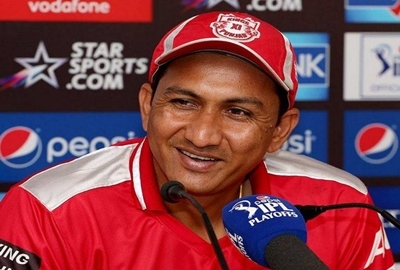 Sanjay Bangar was appointed as batting consultant by RCB in February ahead of Indian Premier League (IPL) 2021 | Photo: File

Royal Challengers Bangalore (RCB) on Tuesday announced the appointment of Sanjay Bangar as the new head coach of the Indian Premier League (IPL) side.

Mike Hesson, Director of Cricket Operations, RCB in a video posted by the IPL side on YouTube announced Bangar's name as the head coach of the team for the next two years.

In February, Royal Challengers Bangalore appointed Sanjay Bangar as the batting consultant ahead of Indian Premier League (IPL) 2021 and now the former cricketer is promoted as the head coach of the team.

"Our work has already begun in terms of auction strategy. I would like to assure each of the RCB fans that we are committed to building a strong squad and we are committed to fulfilling the long-cherished dream of winning an IPL trophy," Bangar said.

Notably, in August, Simon Katich stepped down as head coach of the IPL side due to personal reasons. Then, as part of the RCB's business continuity plan, Mike Hesson took the reins of the team and discharged the duties of head coach in the UAE leg of the 2021 season.

Bangar comes with a vast experience of having coached the national team and also IPL teams in the past.