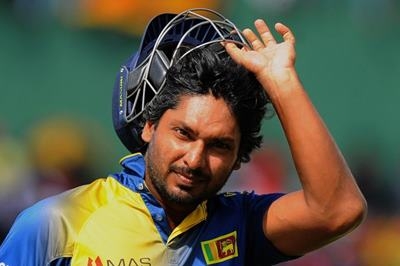 Johannesburg : Sri Lanka veteran batsman Kumar Sangakkara has been declared as the leading cricketer of the year in the 2015 Wisden Cricketers’ Almanack. Sangakkara became the second cricketer after India’s Virender Sehwag to earn the honour twice by Wisden. The left-handed batsman had a terrific 2014 season as he scored an all-time record 2,868 international runs, including a triple century.

Sangakkara bagged the player of the match award for his instrumental role during Sri Lanka’s World T20 final win over India. Editor Lawrence Booth said that choosing Sangakkara felt just natural, adding that his four consecutive hundreds at the World Cup confirmed they had chosen the right man, Sport24 reported.  Sangakkara, who is set to retire from all international cricket later this year, amassed 541 runs at an average of 108, including four consecutive centuries, in the recently concluded World Cup.