SA vs IND: Virat Kohli will be among the runs in the series against South Africa, feels India head coach Rahul Dravid 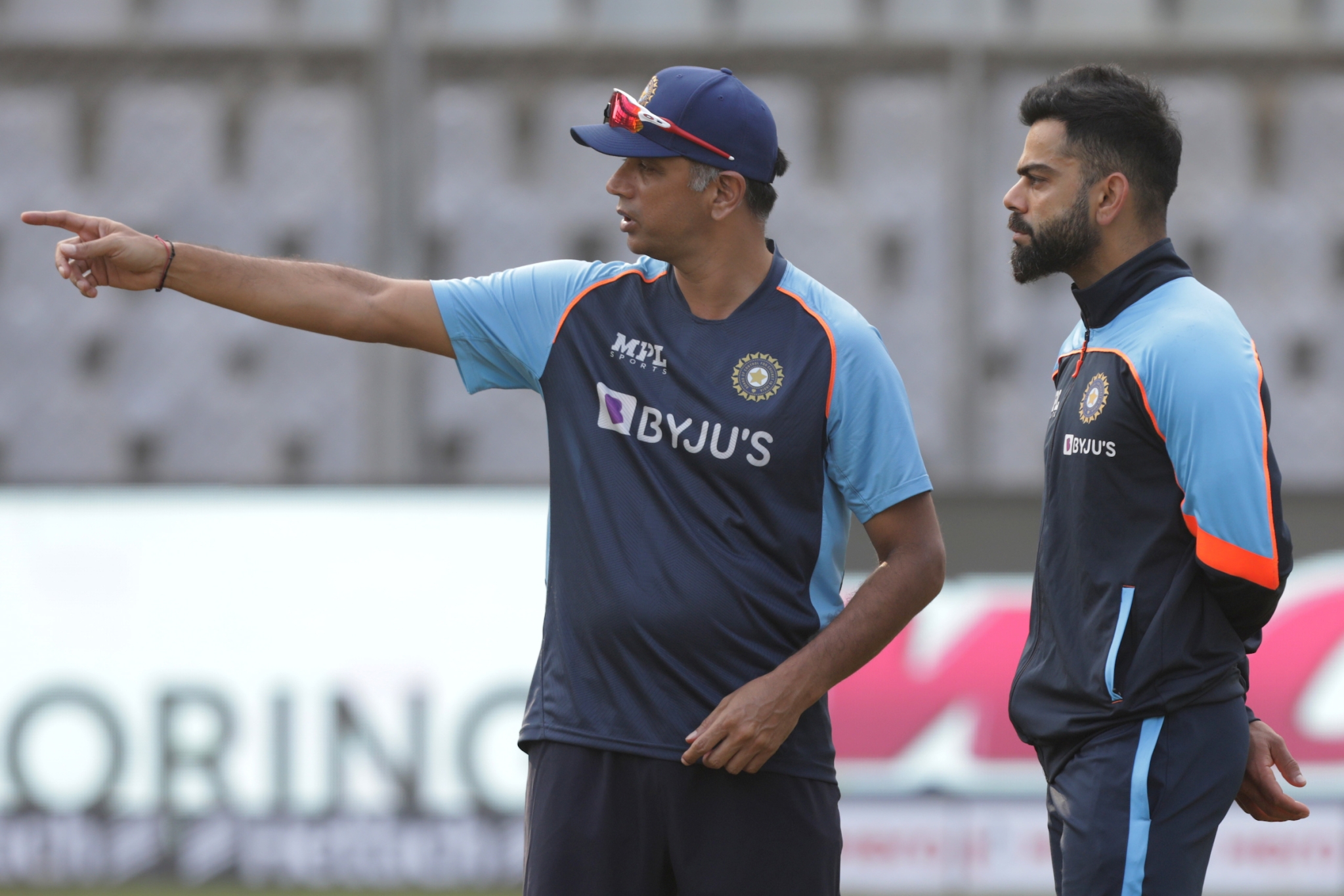 India head coach said that Virat Kohli is due for a big score and that he will be in back among the runs sooner than later.

Addressing the media on Sunday ahead of India's second Test against South Africa, Dravid said that Kohli is practising hard and that he senses that runs are due for the red-ball captain.

Kohli averaged in the 20s in Test cricket in 2021 and last hit a century in 2019 against Bangladesh. He scored 35 in the first innings in Centurion before falling for 18 in the second. On both instances, he was out chasing a wide ball for a drive away from the body.

"He is in a really good space. I feel there is a run of big scores coming soon, observing how he is practising, how involved he is. Credit to him and the team, despite all that's happening around," said Dravid.

Kohli led the team admirably in the first Test, where India beat South Africa in Centurion, their fortress, for the first time. This, despite not having an ideal lead-up to the series. Kohli had stirred controversy after revealing that he had not been communicated before regarding removal from ODI captaincy.

On Friday, chief selector Chetan Sharma said that Kohli was spoken to and that the board also tried to dissuade him from relinquishing T20I captaincy, since they were of the view that one captain for the white-ball format was the way forward. However, once Kohli was adamant on giving up T20I captaincy, the selectors had to appoint Rohit Sharma as the white-ball captain.

Dravid praised Kohli as well as the Indian team for staying focused and getting the task done at the SuperSport Park despite these off-field happenings. He was also all praise for Kohli's leadership.

It's a pleasure to work with someone like Virat," said Dravid.

"In terms of keeping the morale high, it's not difficult. Kohli does it and he is superb, the way he has trained, practiced. There's not really much a coach can do when the match starts. Virat has been phenomenal in keeping the team in good space.

"The way he has trained and prepared, the way he has connected with the group has been fantastic despite all the noise around him."

Ever since his pre-departure press conference, Kohli has been amiss from answering the media. But Dravid hinted at the Test captain addressing the media ahead of the third Test in Cape Town, which will be Kohli's 100th.

Apart from Kohli, Cheteshwar Pujara and Ajinkya Rahane have also been struggling for consistent runs. Dravid said that the senior batters are all in good touch and it is just a matter of time before they get back to their old scoring selves.

"You feel you're batting well but big scores don't come. It happens to everyone. The good point is they seem to be batting well, getting starts and they know how to convert. It's just a matter of time. They are in good space," said Dravid before talking specifically about Pujara.

"He is doing the best he can. Certainly he'd like to score more. It's not about being worried, it is about the position he bats which is a bit tough. When Pujara scores big, India win."

India were docked a World Test Championship point for falling an over short in the first Test, despite winning the Test inside four days after rain washed away a day. Dravid said that they would keep an eye on the time and work on it, given India play four fast bowlers on overseas tours.