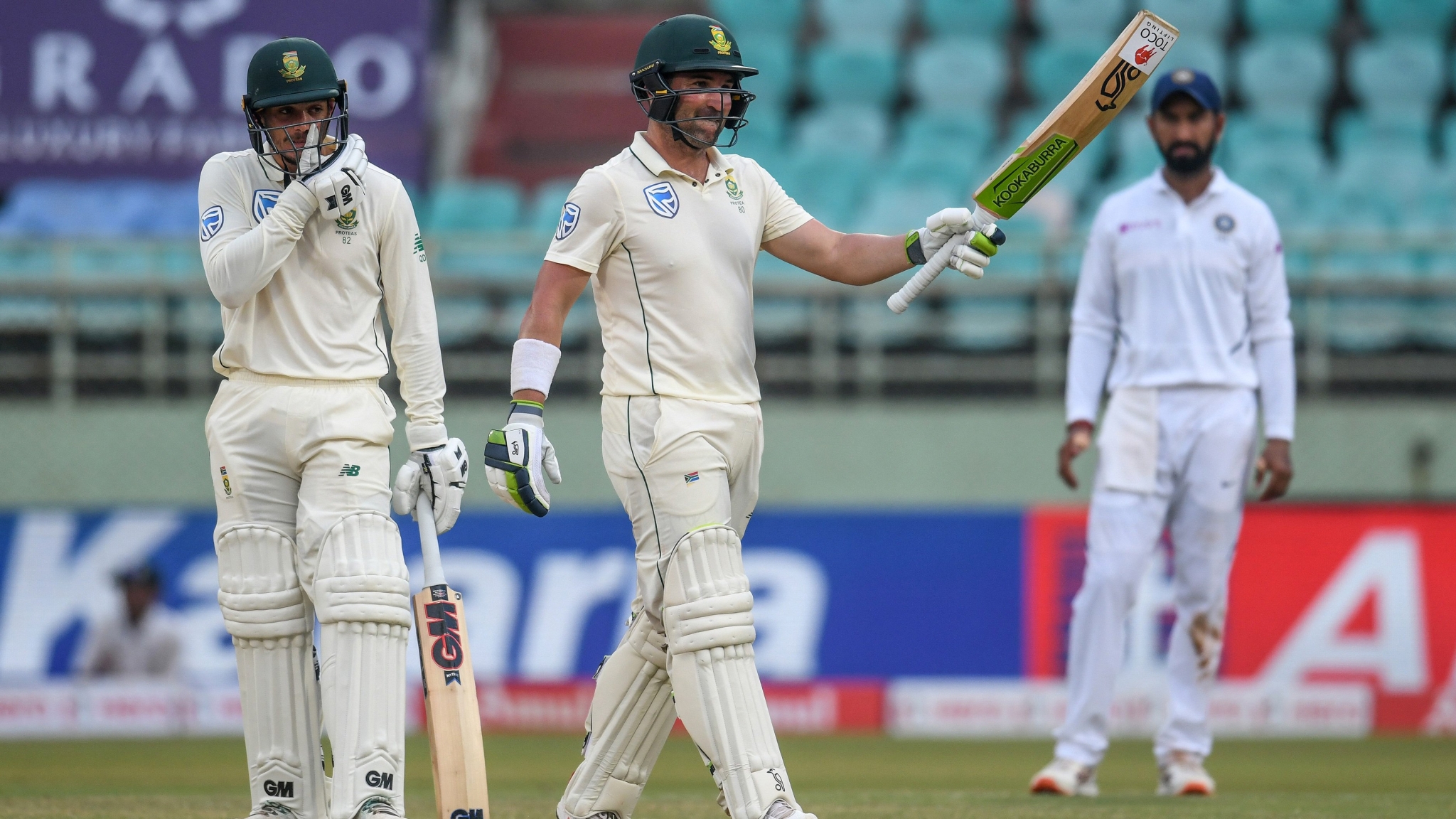 South Africa skipper Dean Elgar says he was initially "shocked" at Quinton de Kock's sudden retirement from Test cricket but insisted that the team will take the setback in its stride and strive to level the ongoing series against India.

De Kock, only 29, announced his retirement from the traditional format at the end of the opening Test against India, which the hosts lost by 113 runs at SuperSport Park on Thursday.

"I was pretty shocked. But sitting down with Quiney (Quinton de Kock), he explained his reasons and I respect and fully understand his decision," Elgar said at a virtual press conference on the eve of the second Test.

"I don't think there will be any," Elgar responded when asked if there be any hangover on the players about his retirement.

"The responsibility for us is to carry and conduct ourselves as international players. We still have to be professional around this. We still have a Test series to level, so I don't think there will be any hangover or shock over Quinny's retirement.

"Players respect the environment. We realise that we had a few setbacks in recent times and we need to obviously have to be clever around it and get over it. I don't see this affecting the players of still being shocked about his retirement."