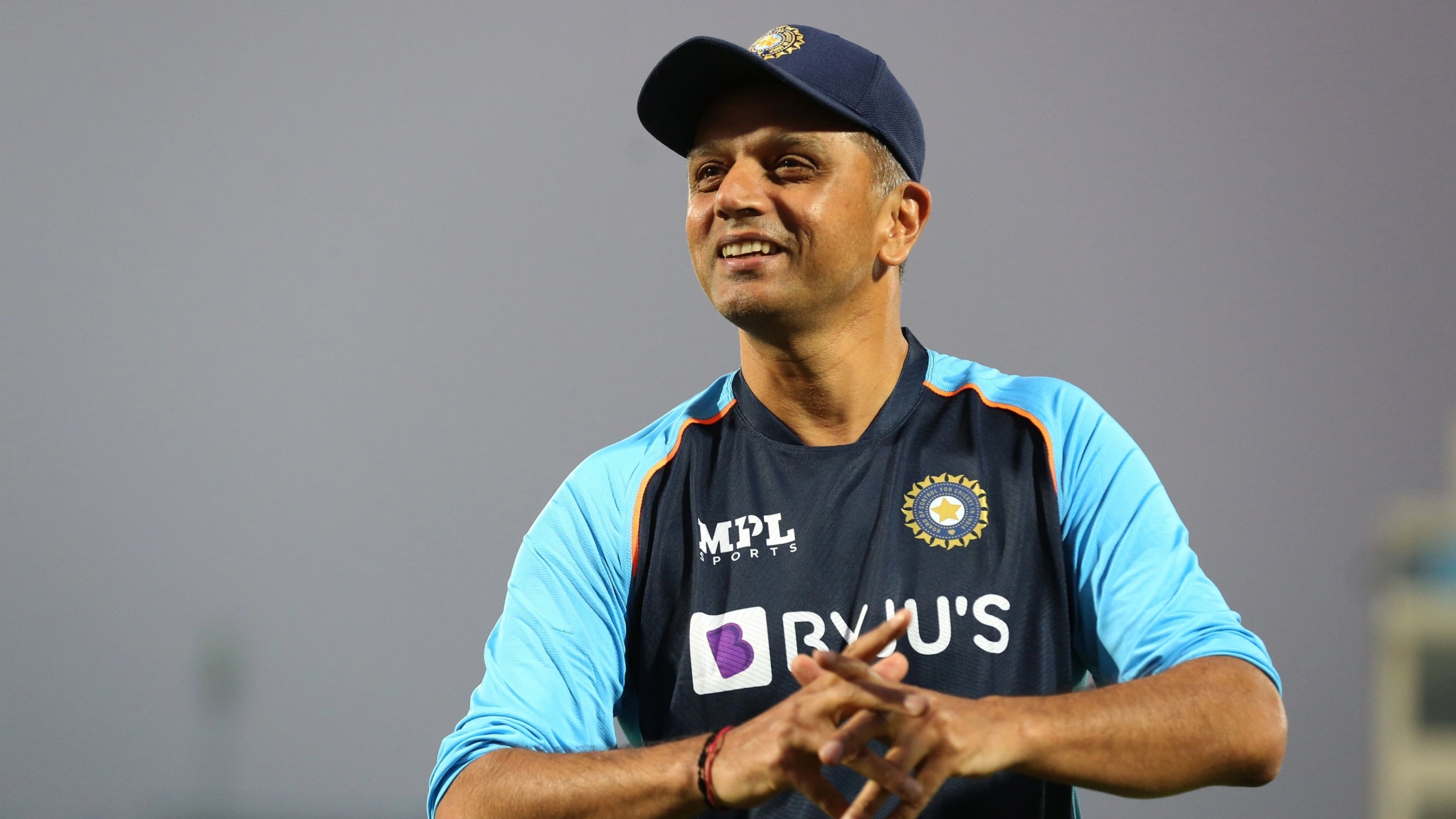 India head coach Rahul Dravid on Saturday refused to divulge details of any internal conversation he might have had with the selectors on Virat Kohli's white-ball captaincy, saying it is not for public consumption.

It has been a convention that Indian captain addresses the media ahead of the opening Test match of a series but it was Dravid, who took the questions ahead of the 'Boxing Day' Test against South Africa.

Kohli had decided to give up the leadership role in T20 format and later he was replaced by Rohit Sharma in the One-day format too.

"To be honest that's the role of the selectors and I am not going to get into conversations that I might or might not have had," when asked if he had given his opinion on change of white ball captaincy.

When Kohli spoke to the media 10 days back about change in captaincy, it snowballed into a huge storm as he had openly contradicted claims of BCCI president Sourav Ganguly that he was asked to continue as T20 captain as there can't be two white ball captains. Kohli had said that no one in BCCI told him not to quit T20 captaincy and it created an ugly controversy.

Dravid, himself a former India captain, however praised Kohli for his passion for Test cricket and hoped that he would do well in this series.

"Virat has played a huge role in that obviously as a payer and a leader. He has been fantastic. He is one of those players who loves Test cricket and really wants to compete.

"Hopefully, he has great series that benefits the team as well," Dravid said when asked how does he see Kohli taking the Test team forward.