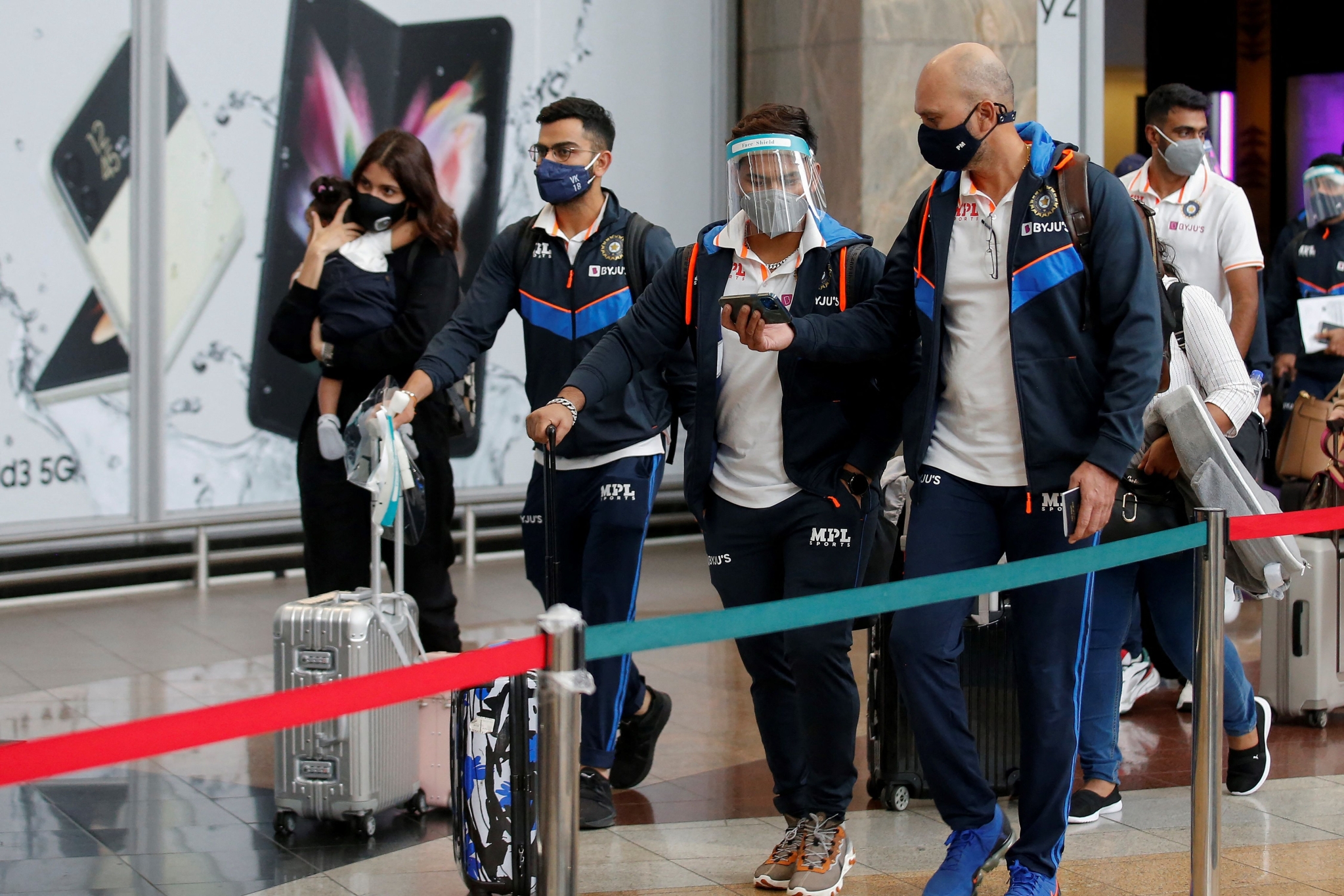 The Indian men’s Test side landed in Johannesburg Thursday evening for their tour comprising three Tests followed by three ODIs. A land far away from home, where the temperatures in the BCCI are still high following captain Virat Kohli’s comments in the pre-departure press conference.

For the uninitiated, Kohli contracted BCCI president Sourav Ganguly’s view that the Test skipper was asked not to step down from T20I captaincy in order to keep ODI captaincy. There were whispers about the BCCI deciding to then issue a press release clarifying the matter, but that has been pushed back.

“I have got nothing to say. We will deal with it appropriately, leave it to the BCCI,” was all Ganguly had to say on Thursday, when he was hogged by the media in Kolkata.

This fiery build up ahead of an overseas assignment is far from ideal for India, who are yet to win a Test series in South Africa. The lack of warm-up clashes and preparations ahead of the tour has been reduced to a mere footnote.

While Kohli spoke about the lack of communication without naming either BCCI or Ganguly, former captain Sunil Gavaskar said that it is the latter who is answerable now.

“I think it (Kohli's comment) actually doesn't bring the BCCI into the picture. I think it's the individual who has to be asked where he got the impression he had conveyed such a message to Kohli. So, that's the only thing," Gavaskar told India Today.

“He (Ganguly) is the BCCI president and surely, he should be asked why there is this discrepancy. He is probably the best person to ask about the discrepancy in what you seem to have to say and what the Indian captain has said.”

Kohli was replaced by Rohit Sharma as India’s ODI captain despite having a win percent of 70.43 in the format. Kohli said that he was told about the decision 90 minutes before a meeting to pick the Test squad for the Rainbow Nation and that he was fine with it. Gavaskar opined that the procedure is not an issue in this instance. “What is the controversy here? As long as the chairman of selectors had told him clearly that we are not considering you for ODI captaincy now, that's perfectly fine. It is the selectors who have complete authority is selection committee meetings. The captain is just a co-opted non-voting member," the 72-year-old said.

"As long as it's not something that he (Kohli) has not found out from the media or as it happened in the past that the commander of a passenger flight announced it. I think he has been told by the chairman of the selection committee that he is not going to be the captain, I think that is absolutely okay.

"I don't know what these people wanted to do. As long as there has been communication between the chairman of selection committee and him, it's the decent thing to do,” Gavaskar added.

1983 World Cup winning skipper Kapil Dev, though, differed and said that both the parties should try and sort out the issues internally instead of being distracted from the task at hand — the South Africa tour.

“It is not good to point fingers on anybody at this point in time. The South Africa tour is coming and please pay attention to the tour,” Dev told ABP News.

“I would say Board president is Board president but yes, the Indian cricket team captain is also a big thing. But talking badly about each other in public, I don't think it is a good thing, whether it is Sourav or Kohli.”

While we perhaps might not have heard the last of it, it might well help that Kohli and co are set to be in a different continent, getting set for the onerous task at hand.