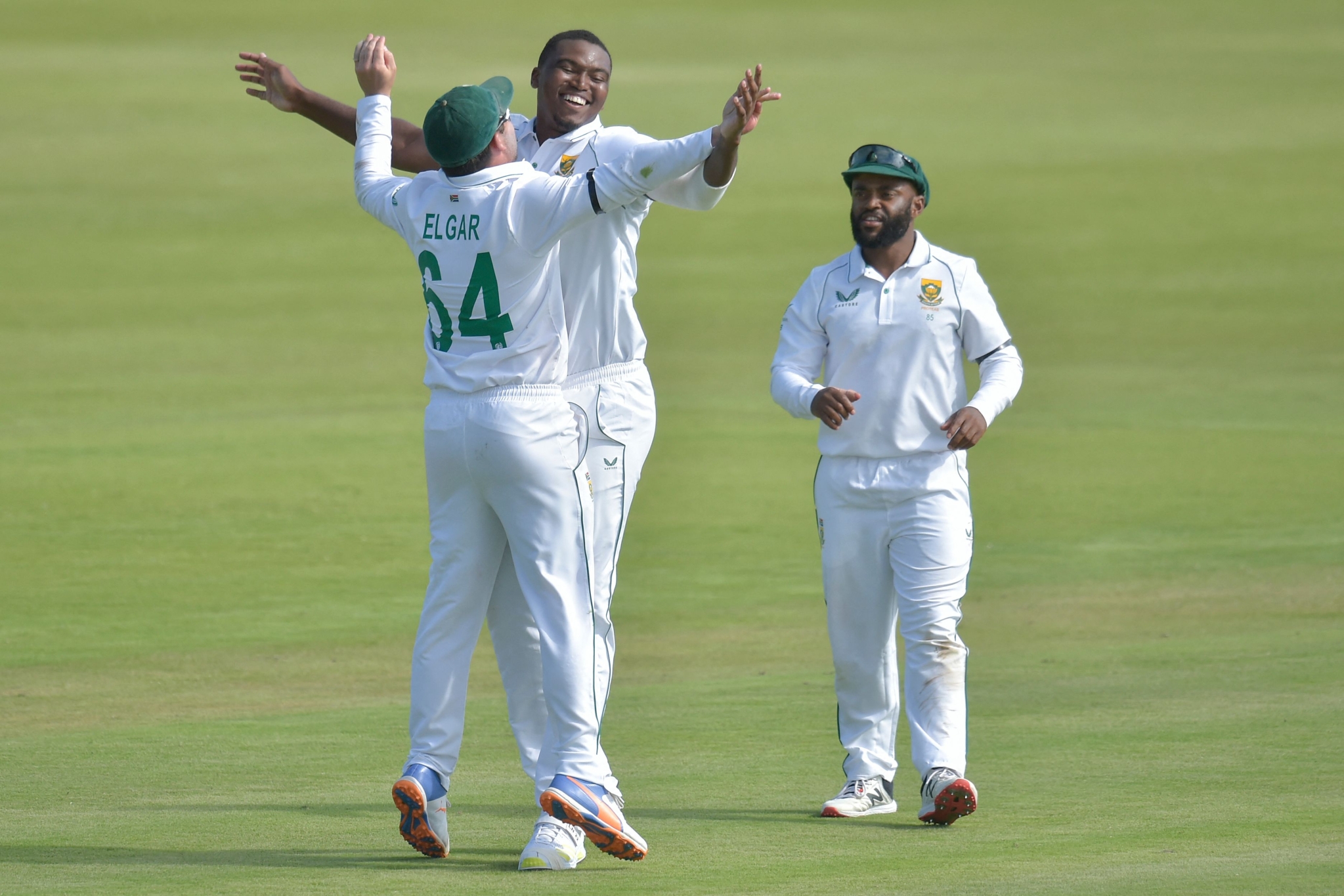 In just the fourth over of the day, a chest-high short ball from Rabada which was angling down the leg side caught Rahul off guard and the Indian vice-captain’s hook only landed behind to keeper Quinton de Kock to dismiss Rahul for a brilliant 123 off 260 balls.

In the seventh over of day's play, South Africa managed to put a severe dent in India's innings, getting veteran Ajinkya Rahane out for just two short of half a century (48 off 102 balls).

Lungi found extra bounce, with a delivery that was zipping away outside off. Rahane threw a punch only for it to land to keeper de Kock.

Almost immediately, in the eight over of the day, Ashwin drew a leading edge of the bowling of Kagiso Rabada. Keshav Maharaj made no mistake in picking it up.

Ngidi completed his five-wicket haul with the wicket of Rishabh Pant (8 off 13 balls). Pant edged a short ball by Ngidi onto his pad, only for Rassie to catch it at short leg.