SA vs IND: 'He has driven a culture of fitness and energy levels in the team,' says head coach Rahul Dravid about Test captain Virat Kohli 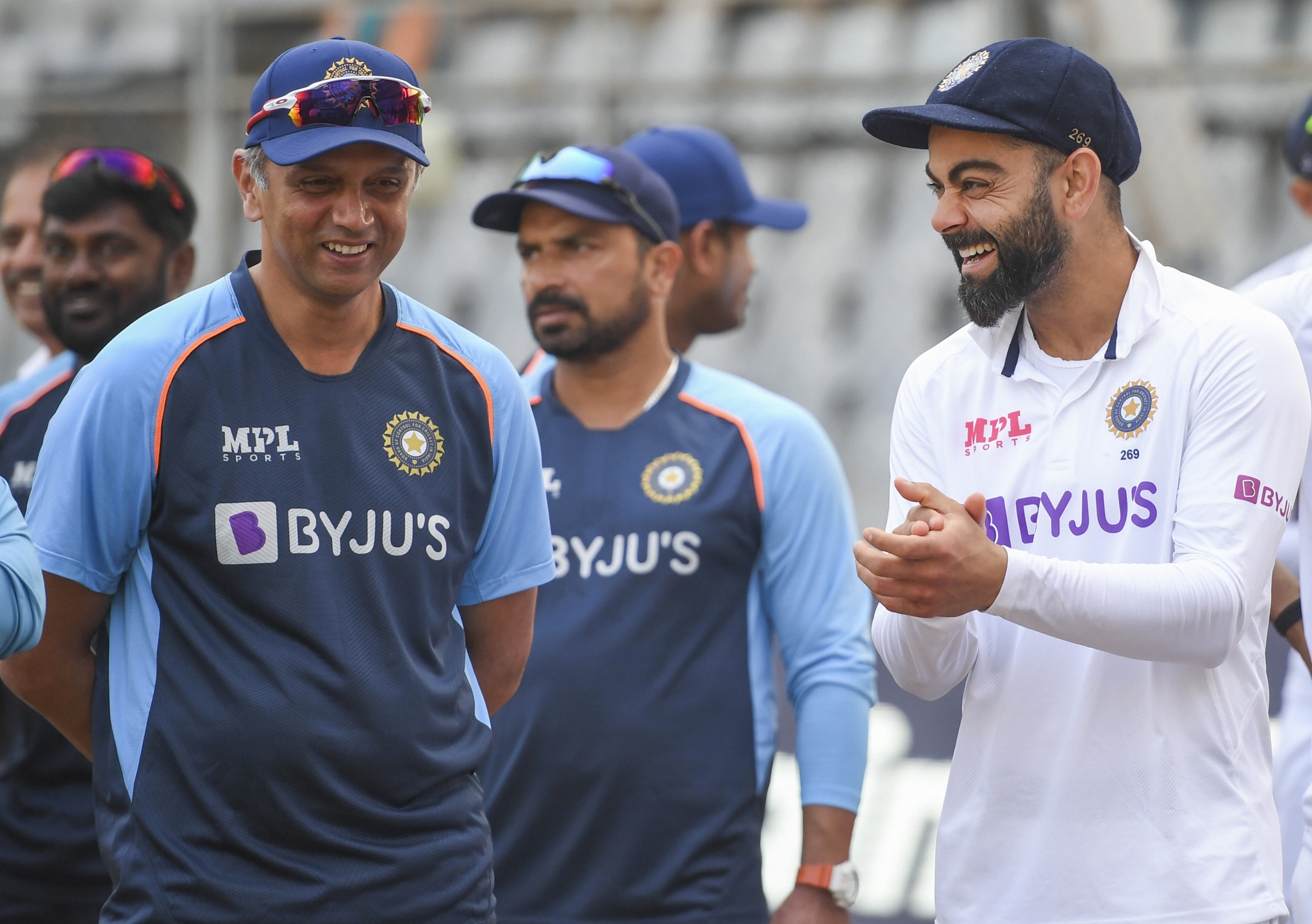 India and South Africa will lock horns in three Tests and three ODIs. The first Test will begin on December 26 at the SuperSport Park, Centurion.

"I was there when Virat Kohli made his debut, I was there when he played his first Test match and I batted with him in that particular game. It is actually phenomenal to see how he has grown as a cricketer in the last 10 years, just the kind of performances he has had for the team. The way he has led the team and it has been terrific. He has driven a culture of fitness and energy levels among the team. I am looking forward to work with him, he just keeps evolving and he keeps pushing himself," Dravid told bcci.tv.

Talking about the upcoming series against South Africa, the coach said: "It has been a great country to tour and a very challenging place to play cricket but also an exciting place to play the game. I have some fond memories associated with playing in South Africa, having won Test match here as a captain. Had some tough games here also, we reached the final of the 2003 World Cup, that was a really good memory. So it is a place that is very passionate about their cricket, games are well supported and well attended. Really looking forward to the series.

"There is an expectation to win now, everytime India travels abroad irrespective where it is and whatever format we are playing, the expectation is that we are good enough to win and compete. It is not easy, South Africa is one of the challenging conditions to play cricket in, they do play well at home so we need to be at our best to win here," he added.

The Test series between India and South Africa will form part of the new cycle of the ICC World Test Championship.