SA vs IND: From Duanne Olivier to Rassie van der Dussen, 5 South Africa players to watch out for 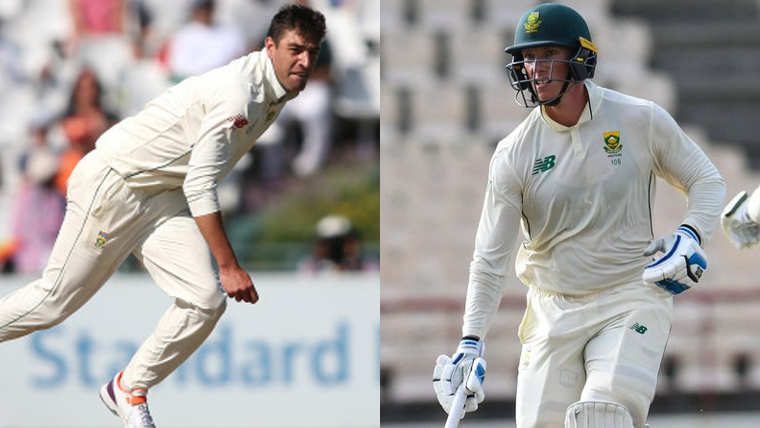 South Africa and India begin their three-match Test series, part of the World Test Championship, with a Boxing Day Test on Sunday. The first match will be played in Centurion at the SuperSport Park, before the teams move to Johannesburg and Cape Town.

Ahead of the start of the series, Free Press Journal looks at some of the South African players to watch out in the red-ball series.

Aiden Markram: Touted as a future leader when he broke into the cricketing circuit, South Africa opener Markram has had an up-and-down career so far. He will be a key player for the hosts heading into the Tests, given the inexperience in the middle order that follows. In five Tests this year, he has scored 332 runs, the second-most for the Proteas, at an average of over 41.

Duanne Olivier: Olivier returns after the Kolpak deal became non-existent after Brexit. With Anrich Nortje ruled out for South Africa, Olivier will be expected to step up and do well for them. In 11 First Class games in 2021, the right-arm pace bowler has picked 46 wickets at an average of just over 20. The Indians better beware!

Keshav Maharaj: A lot would rest on Maharaj’s shoulders, given he is the lead spinner for South Africa this series. He has 19 wickets in Tests in 2021, the second-most behind Nortje’s 25. He hasn’t had much success in Tests against India but would look to correct those stats, given his stature in South African cricket has risen over the years.

Temba Bavuma: South Africa missed Bavuma in the Tests earlier this year against West Indies. He was out injured and returned in time to lead them in the Men’s T20 World Cup. In the middle order, Bavuma would be a valued batter due to his experience. With inexperience around him, his could be a key wicket for India.

Rassie van der Dussen: Van der Dussen is someone who has earnestly tried to fill the void left by Faf du Plessis and AB de Villiers’ absence in South Africa’s batting. And he has done well for himself in the process. Van der Dussen can tackle spin and pace well, as seen during the Caribbean tour and could give tough time for the Indian bowling.