SA vs IND, 2nd Test, Day 1: KL Rahul holds fort for India with half century before South Africa pull it back before Tea 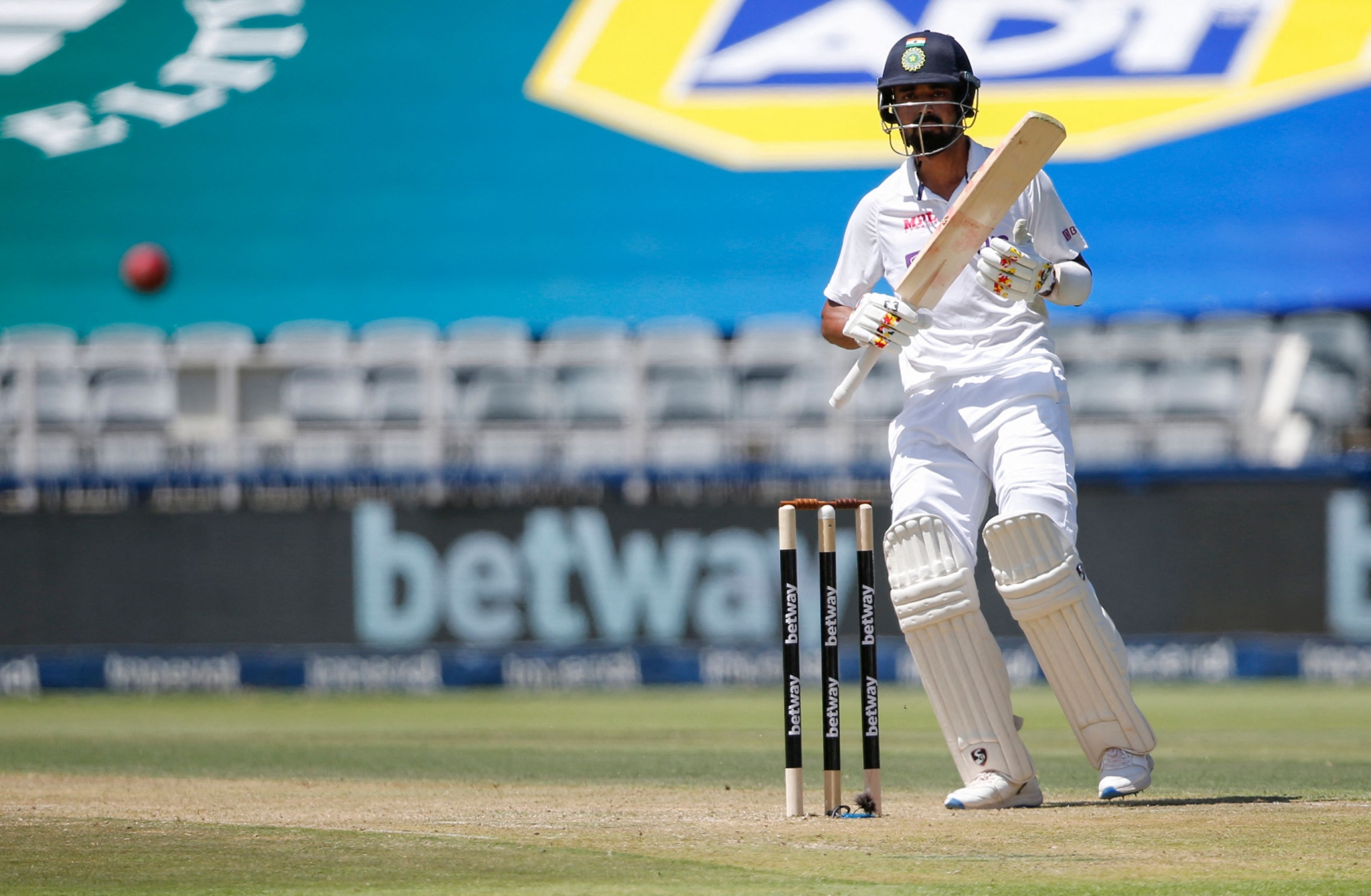 KL Rahul of India during his fifty-run knock against South Africa in Johannesburg. | Photo: AFP

India captain KL Rahul hit his 13th half century in Tests before falling as South Africa struck twice in the session before Tea on Day One of the second Test in Johannesburg on Monday. India managed to score 93 though they lost two wickets in the session to find themselves at 146 for five.

Rahul crossed the 50-run mark in this series for the second successive game, having scored 123 in the first innings in Centurion. He had company in Hanuma Vihari for 42 runs before the latter fell for 20.

Rahul played a watchful innings as skipper, leading in Virat Kohli's absence, before a pull shot off Marco Jansen brought his downfall for 50.

Rishabh Pant and R Ashwin added 30 in under six overs before the break.