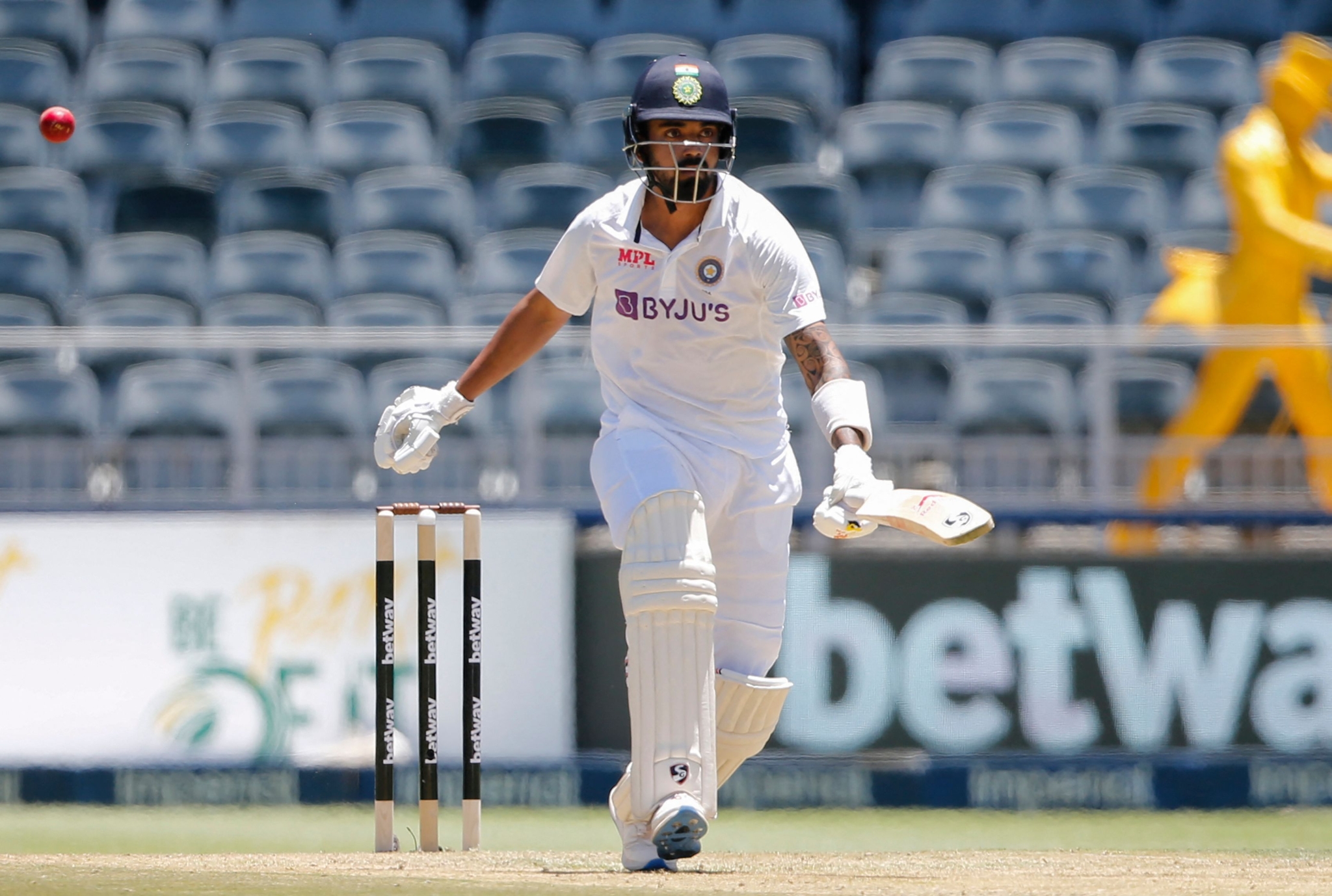 KL Rahul in action for India against South Africa at the Wanderers in Johannesburg. | Photo: AFP

India's KL Rahul brought up his 13th half century in Tests on Day One of the second match against South Africa at the Wanderers in Johannesburg on Monday.

Rahul, leading India for the first time in Tests after Virat Kohli was ruled out due to back spasms, crossed the mark on the 128th ball he faced. He stitched a 36-run partnership with opener Mayank Agarwal before keeping South Africa at bay for 42 runs with Hanuma Vihari, after Duanne Olivier struck twice in two balls.

It is the second time in two games that Rahul has crossed the fifty-run mark in the first innings, having scored a splendid 123 in the opening innings of this India tour of South Africa.

Rahul has hit nine fours in his knock so far.