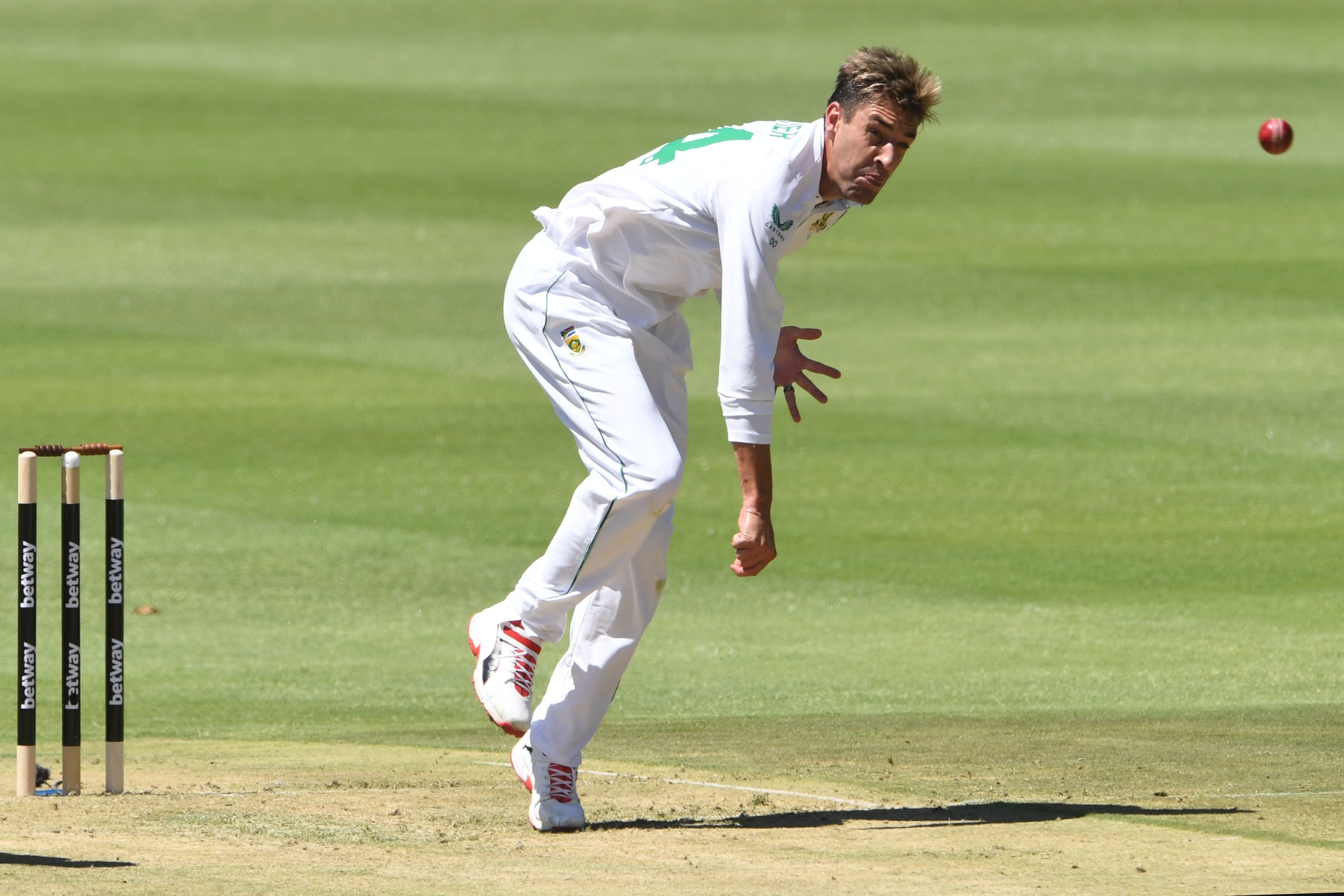 Duanne Olivier in action for South Africa against India in Johannesburg. | Photo: Twitter

Duanne Olivier struck twice in two deliveries as South Africa bossed the opening session of the first day of the second Test against India in Johannesburg on Monday. India were 53 for three, having lost Mayank Agarwal, Cheteshwar Pujara and Ajinkya Rahane.

In sunny conditions, India opted to bat first after KL Rahul, the 34th Test captain, won the toss. Virat Kohli had been ruled out of the game after suffering upper back spasms and was replaced by Hanuma Vihari in the XI.

Rahul and his opening partner Mayank Agarwal were happy to play the waiting game in the first hour, when India scored 36. There were a lot of leaves outside off, thanks to the lines Kagiso Rabada and Olivier, in for Wiaan Mulder, were bowling.

However, Marco Jansen, who impressed on debut in the first Test, struck immediately after drinks when Agarwal played the drive and nicked one behind. What then followed was an attritional phase.

Lungi Ngidi bowled probing lines just outside off against Rahul and all the bowlers varied their lengths as well. Ngidi sowed the seeds while some extra bounce aided Olivier reap rewards as he had Pujara fending and the ball took the edge and went to gully. Rahane, batting at four, fished at a ball well outside off and was caught at slips for a golden duck.