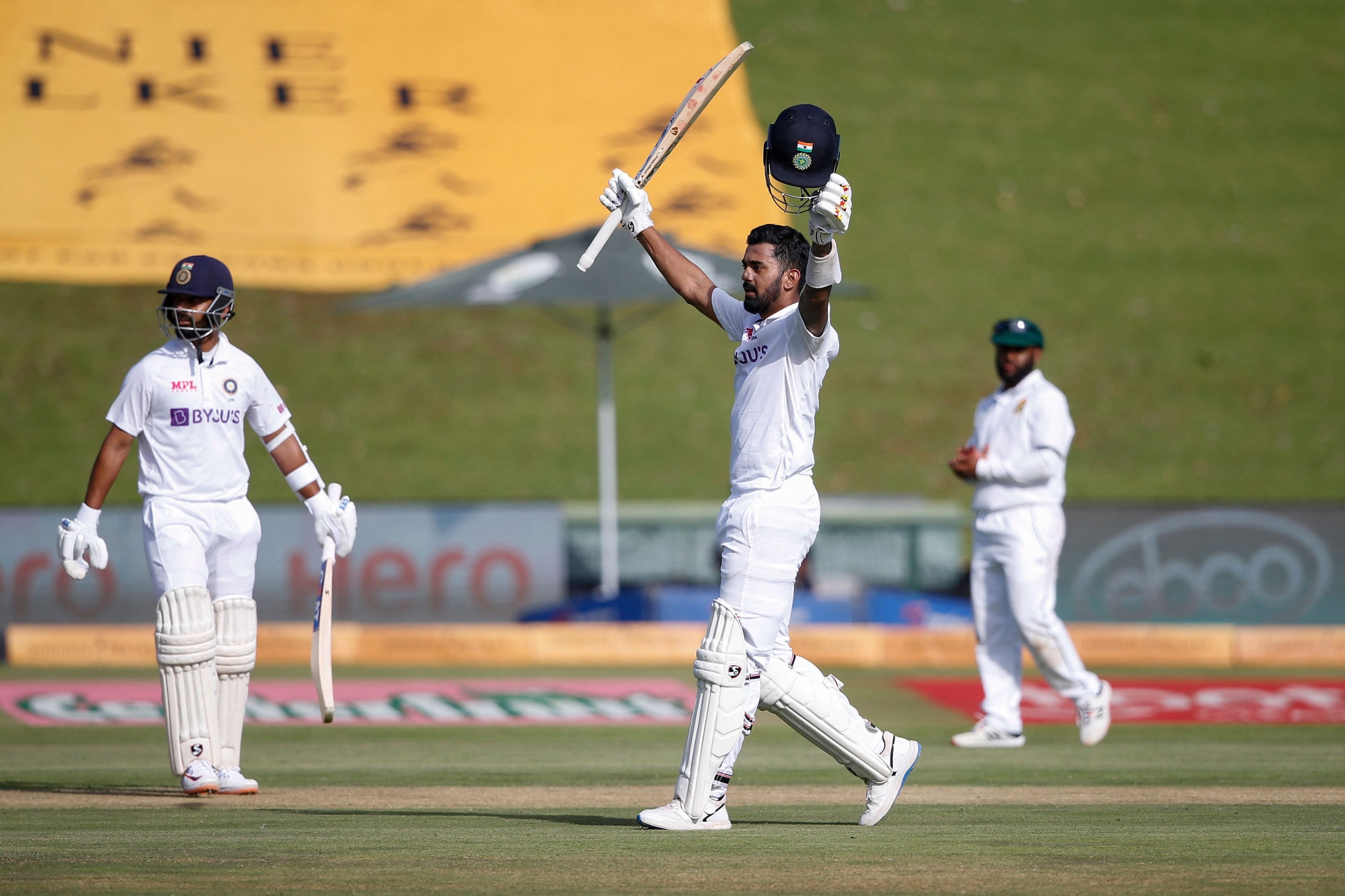 Vice-captain KL Rahul's unbeaten 122 helped India end Day One of the first Test against South Africa on 272 for three at the SuperSport Park in Centurion on Sunday. It was Rahul's seventh hundred in Tests, his sixth away from home.

After winning the toss, India began slowly, thanks to Rahul and Mayank Agarwal, who endured a wicketless first session. It isn't often that the openers see off the first session in South Africa unscathed but the Karnataka team-mates had ensured that India's Lunch tasted well. South Africa's pacers weren't really incisive then.

After the break, Agarwal scored his sixth Test half century. But Lungi Ngidi managed to get past his defenses and trapped him in front. The Proteas managed to get the on-field call reversed on DRS as Agarwal had to walk back for 60, after stitching 117 with Rahul. It was India's first century stand in South Africa for the opening wicket since 2010.

On the very next ball, Ngidi had Cheteshwar Pujara caught at bat-pad for a first-ball duck to bring South Africa back into the contest. However, a watchful Rahul combined with captain Virat Kohli to keep the South Africans at bay. The former notched up his 13th fifty in Tests.

Kohli, who last scored a Test ton in 2019, looked good in his shot selection and moved swiftly towards a half century. However, Ngidi dangled the carrot by bowling one wide and Kohli fell for it. He edged one to first slip to depart for 35, leaving out-of-form-yet-backed Ajinkya Rahane walk out in the middle with the second new ball due in about twelve overs.

But Rahane looked like his old self, driving and flicking the balls with confidence. In company of Rahul, who was assured in his strokeplay, Rahane ensured India don't relinquish control of the day. Rahul then brought up his hundred with a four off Keshav Maharaj after facing 218 deliveries.

The pair helped India add 115 in the final session, where India had a run-rate of 3.48.

Ngidi was the pick of the bowlers for the hosts while Kagiso Rabada and debutant Marco Jansen, picked over Duanne Olivier, were good in spurts.