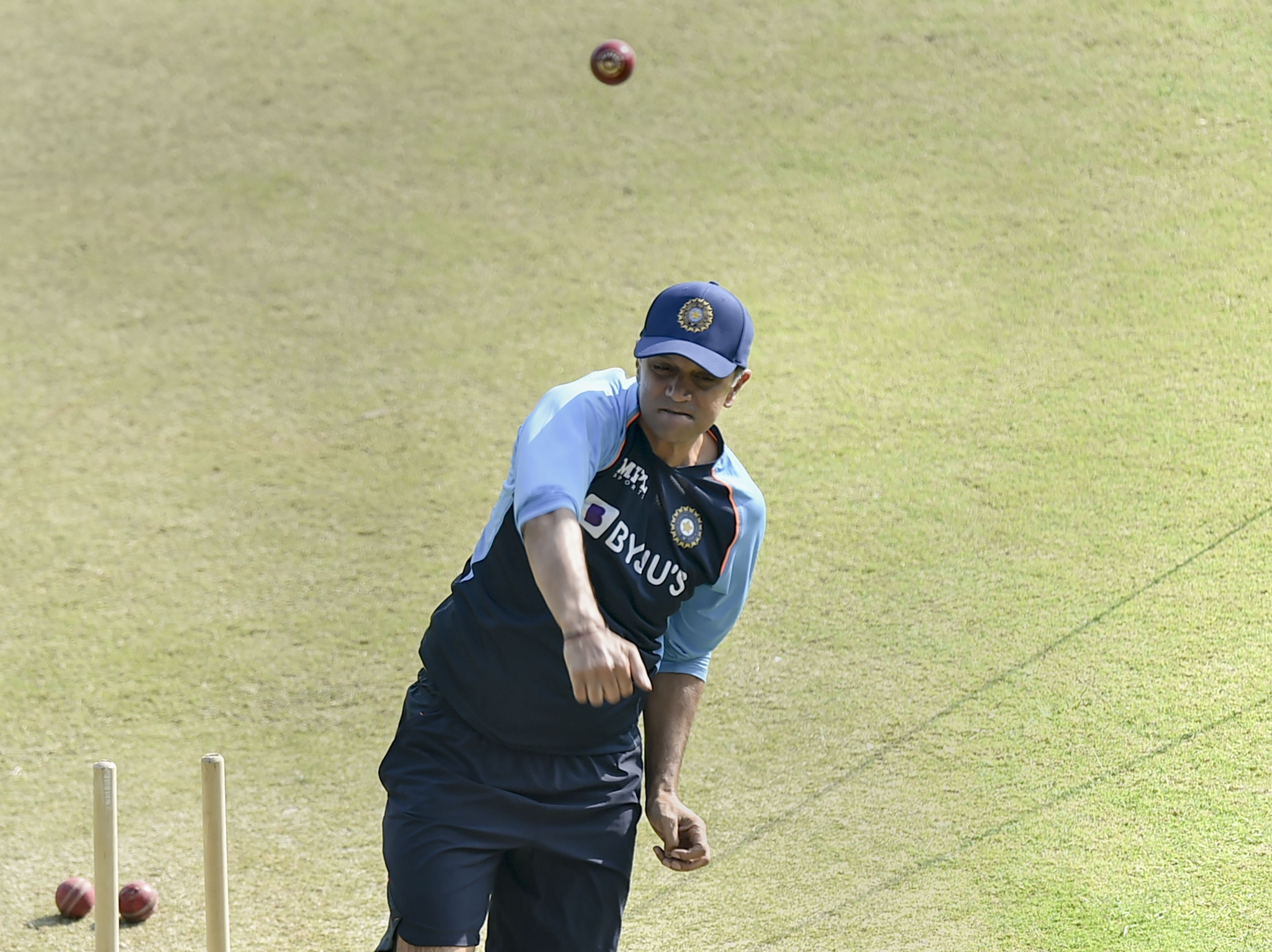 India head coach Rahul Dravid rang the bell before the start of play on Day 4 of the ongoing first Test against South Africa here at the SuperSport Park, Centurion.

Coming to the match, India might have lost Mayank Agarwal's at the cusp of the stumps but the visitors still ended Day Three of the first Test against South Africa in the driver's seat on Tuesday.

India had bundled out South Africa for 197 in the third session before the hosts lost Mayank's wicket minutes before the end of the play. Shardul Thakur, KL Rahul then took India to 16/1 at stumps with a lead of 146 runs.

Mohammed Shami took a five-wicket haul on Day 3 and also completed 200 wickets in the longest format of the game.