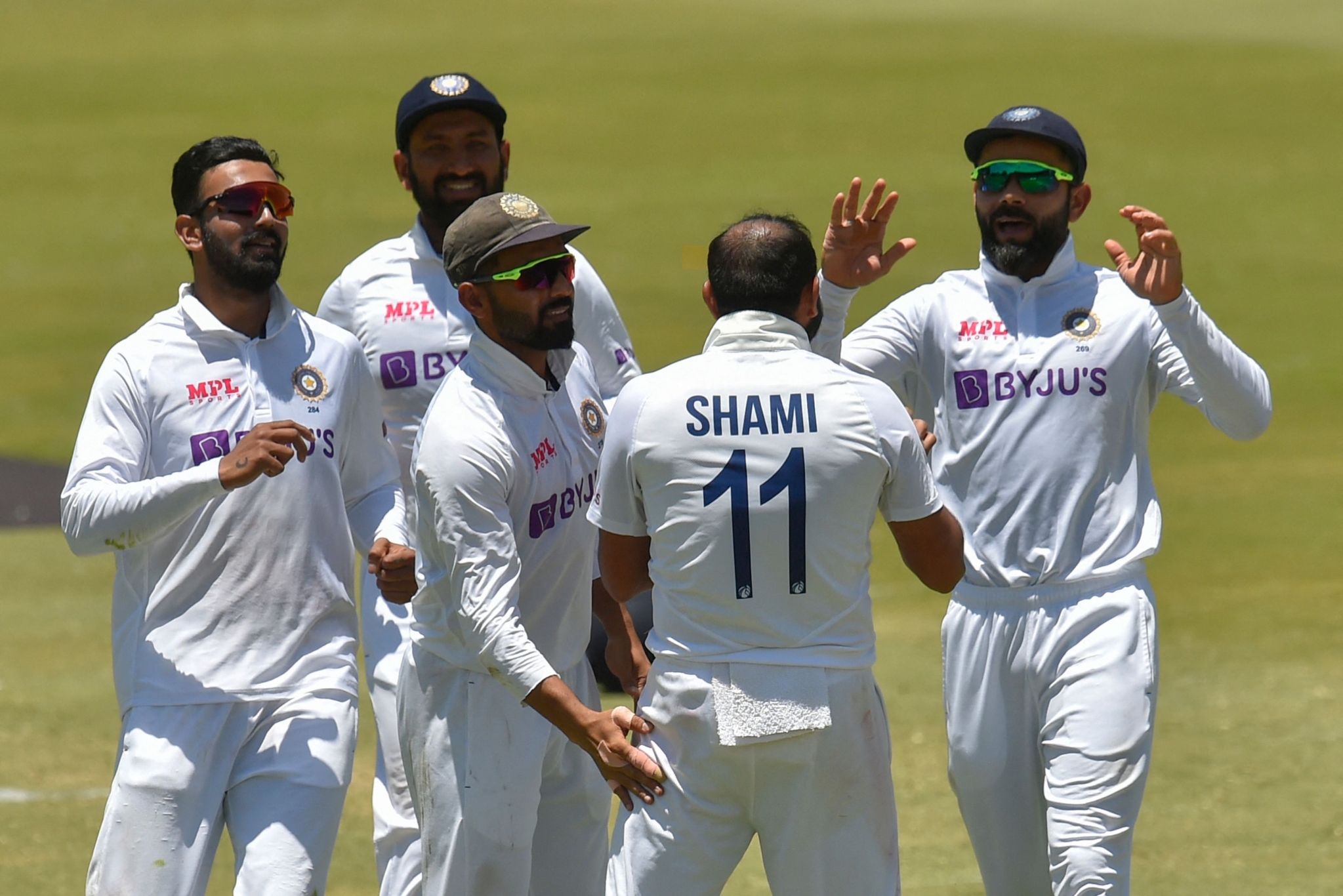 India celebrate the fall of a South Africa wicket in Centurion. | Photo: AFP

Ravichandran Ashwin picked two wickets while Mohammed Shami picked one as India wrapped up the win in the first Test in Centurion against South Africa in just two overs after Lunch on Day 5 on Thursday.

Shami had Marco Jansen nicking behind after a couple of fours while Ashwin picked wickets off successive balls to dismiss Kagiso Rabada and Lungi Ngidi.

India began the day needing six wickets while South Africa were 211 runs away. The weather forecast for the day wasn't entirely good; meaning they were battling time too.

The hosts began the day well, with Dean Elgar and Temba Bavuma quickly adding 43 inside the first ten overs. A flurry of boundaries got them going. But Jasprit Bumrah's masterful bowling got India their first breakthrough of the day, trapping Elgar in front for 77. It was a gritty knock by the Protea skipper but he had to depart despite opting for the DRS.

Quinton de Kock didn't last long, chopping a Mohammed Siraj delivery onto his stumps for 21, after escaping numerous times before with his cross-batted strokes. Mohammed Shami then dismissed Wiaan Mulder for one to help India be the happier side heading into Lunch on the final day.

With Bavuma in the middle, the hosts would have hoped of delaying the inevitable. However, Marco Jansen was caught behind off Shami after a couple of fours while Ashwin cleaned up the tail to leave Bavuma as a mere spectator at the other end, unbeaten on 35 to go with his half century in the first innings.