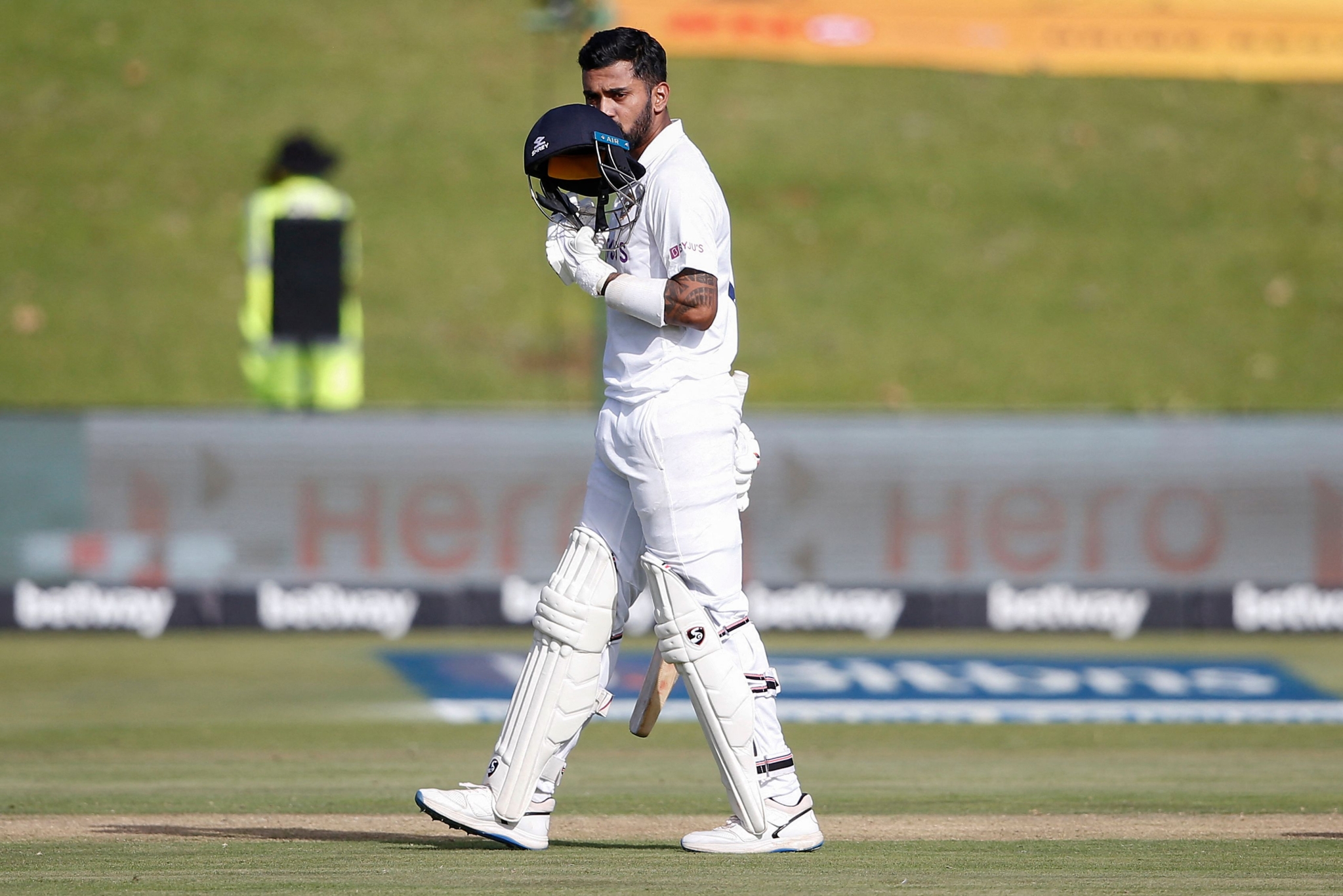 KL Rahul had bittersweet memories of Boxing Day. In 2014, he made his Test debut in a Boxing Day Test in Australia but had a forgettable outing. Then in 2018 Down Under, he lost his place to debutant-cum-friend Mayank Agarwal. He hoped he would be third-time lucky, with Agarwal for company.

In company of Agarwal, Rahul added 117 for the first wicket – the last time India’s openers had added at least 100 in South Africa was in 2010. After winning the toss and batting first, the Karnataka pair was watchful in their approach. They left more than they played. Or they were allowed to leave more than being forced to play.

Rahul, Test vice-captain for this tour, was happy to play second fiddle to Agarwal, who had gotten off the blocks quickly. Three fours in debutant Marco Jansen’s first over had meant Agarwal was allowed to score quicker; not to say that he was aggressive. He scored his sixth Test fifty in the second session, before being ruled out LBW on review. Agarwal’s third successive fifty-plus score in Test cricket had to end at 60, with Lungi Ngidi managing to get the breakthrough.

“I am not allowed to express my opinion on it and I will leave it at that unless I want to get in the bad books and get my money docked,” Agarwal would say later about his dismissal.

Ngidi had managed to get Cheteshwar Pujara caught at bat-pad for a first-ball duck on the very next ball, but Rahul remained unfazed at the other end. He had found an ally in captain Virat Kohli for the rest of the second session. One of the hallmarks of Rahul’s knock this time was not a stylish drive, a flick with swag writ large or a pull that would have you gawking. It was about judgement and patience, something he seemed to have plenty of on Sunday. He would tuck his bat behind his front leg and watch the ball sail into the wicket-keeper’s gloves – ball after ball, over after over.

Rahul was at ease against left-arm spinner Keshav Maharaj, charging down the track and hitting him over deep mid-wicket for half a dozen to get into the nineties. It was only apt that he crossed his century by creaming Maharaj through cover-point to become only the second Indian opener after Wasim Jaffer to do so in South Africa. But Rahul knew the job wasn’t done.

In the interim, Kohli had managed to fall for 35 off a widish delivery dangled by Ngidi. Ajinkya Rahane, who been picked in the XI ahead of Hanuma Vihari and Shreyas Iyer, despite his poor form, had walked in with under twelve overs left for the second new ball. But he played like the Rahane of old after the initial jitters. And Rahul was there with him, with an odd glove-punch and an advice here and there. The pair are now involved in an unconquered 73-run stand with Rahane on 40.

On a big day for India in Test cricket, yet again a Rahul stood tall to help India get to 272 for three. That it happened on the first day of the tour made it sweeter and better for India. The 29-year-old would want to change the memories of Boxing Day Tests for him. And he has begun in right earnest by finishing unbeaten on 122.