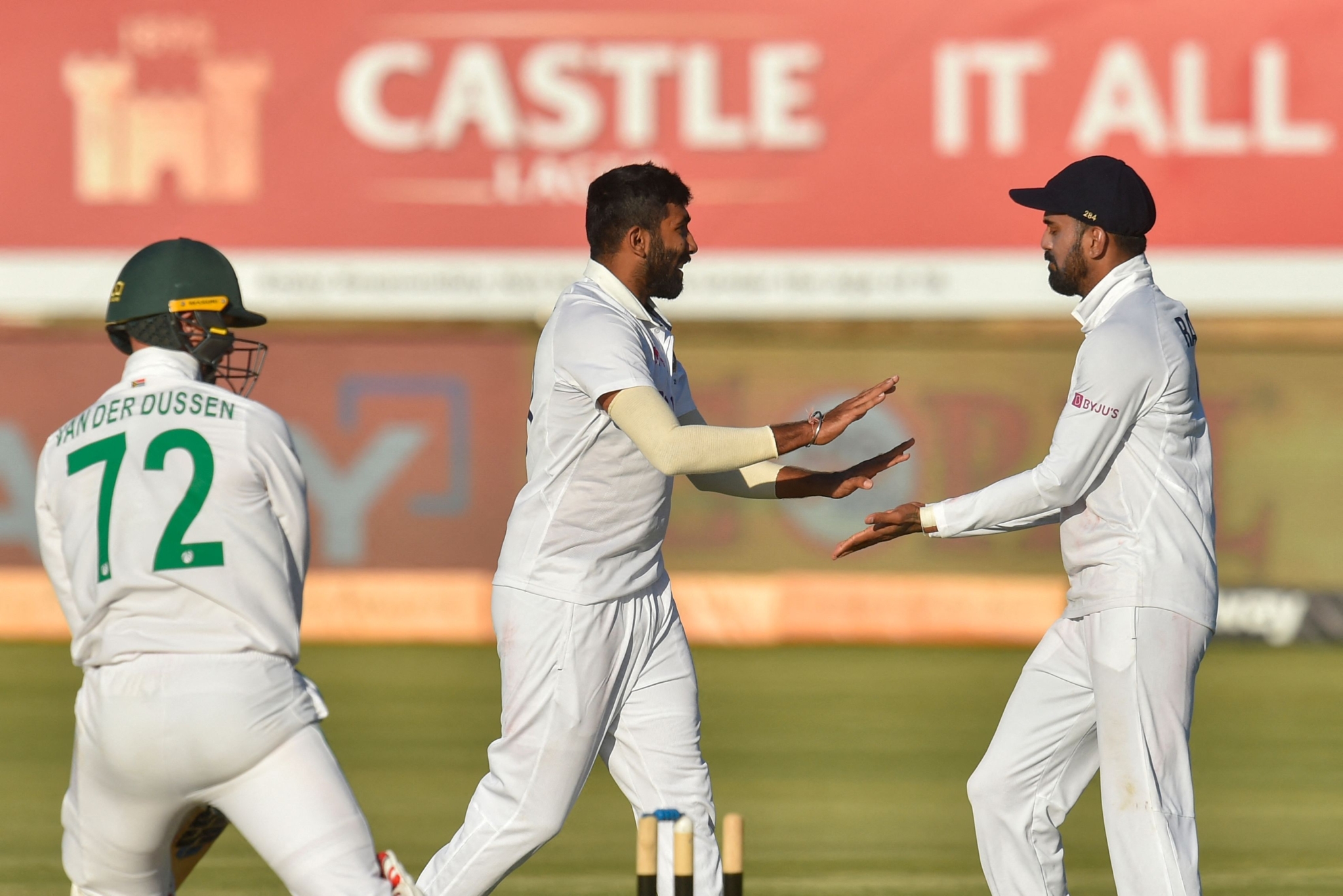 South Africa captain Dean Elgar's fighting half century helped them end the day 211 runs short of the 305-run target, despite some fiery Indian fast bowling courtesy Jasprit Bumrah and Mohammed Siraj on Day Four of the first Test at the SuperSport Park in Centurion on Wednesday.

Elgar crossed fifty in Tests for South Africa for the 18th time and stayed unbeaten on 52, having faced 122 balls and a stern test from the Indian pacers. He got beaten on the outside multiple times against Bumrah as well as Mohammed Siraj, but ensured he stayed in the middle unbeaten as the penultimate day drew to a close.

With the weather forecast for the final day not really looking promising, it could come down to a three-way thriller, if rain decides to partake in this Test on Thursday.

The last hour of the penultimate day was action-filled with runs hard to come by for South Africa. Siraj made the ball rear up with his change of lengths and line. Rassie van der Dussen, joining his captain in the middle at 34 for two, kept the Indian attack at bay, adding 40 in the process. He had survived a quick bouncer, pulling it almost straight to fine leg, on the very first ball he faced. But a disciplined knock saw him play out 64 balls for his 11.

But Bumrah with the red ball is a different ball game and the 65th ball faced by van der Dussen proved to be his end. Shouldering arm to a fast off-cutter, the Protea batter was disappointed to see the death rattle as the ball had come in rapidly to disturb the wood-work.

Keshav Maharaj, promoted to be the nightwatcher, couldn't go unscathed against a Bumrah yorker that consumed him eventually.

Despite losing an entire second day to rain, the match moved at a quick pace on the second successive day, thanks to an Indian batting collapse. Kagiso Rabada and Marco Jansen, on debut, picked up four wickets each to hasten India's end.

On the first ball after Lunch, Jansen got Virat Kohli nicked behind for 18, having impressed the India Test captain as a net bowler in 2018. Ajinkya Rahane and Rishabh Pant played attacking knocks, hitting 20 and 34 respectively. But Rahane became Jansen's third victim when he top edged an attempted pull to deep square leg.

Rabada dismissed an attacking Pant, who pulled one straight to mid-off after charging down the track. Jansen then cleaned up Bumrah to bring down curtains to India's innings for 174, a lead of 304.