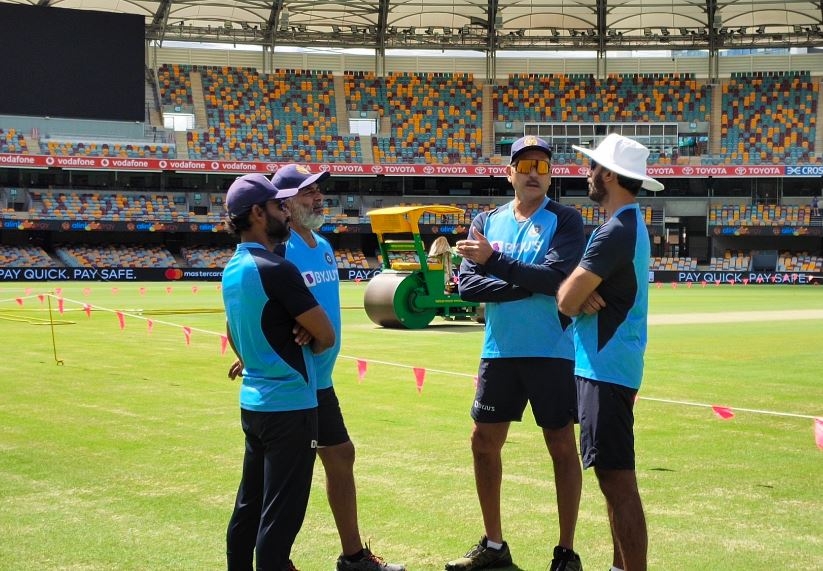 The newly inducted Ahmedabad franchise of the Indian Premier League (IPL) is likely to sign up the outgoing Indian team coaches Ravi Shastri, Bharat Arun, and R Sridhar for the coaching roles in the 2022 edition of the lucrative tournament.

All three -- Shastri, Arun, and Sridhar will finish their tenure as coaches of the Indian cricket team after the conclusion of the ongoing T20 World Cup in the United Arab Emirates. And, BCCI has already announced Rahul Dravid as Shastri's successor.

According to a report on Cricbuzz, Shastri has been offered the head coach's role by the Ahmedabad franchise and he is also keen to have a coaching stint with an IPL team.

However, the Indian coach will only decide the end of the T20 World Cup and does not want any distractions during the tournament. If the former Indian cricketer accepts the offers, Bharat Arun and R Sridhar will be part of his staff.

The report also mentioned that CVC Capitals, the promoters of the Ahmedabad-based franchise, are understood to be eager to finish the deal early as they want to build a team culture from the very beginning.

With the addition of two new teams -- Ahmedabad and Lucknow, the IPL will be a 10-team affair from the 2022 season. The RPSG group of Sanjiv Goenka bought the Lucknow franchise for a whooping ?7090 crore while CVC Capitals were awarded the Ahmedabad team for an amount of ?5625 crore.

The cash-rich league will have a mega-auction ahead of the new season. The existing franchises have been allowed to retain a maximum of four players while the new teams will have an option of picking three players from outside the auction pool.