Challenges lie ahead for both the teams as Australia and India face each other for a three-match ODI series.
FPJ Web Desk

Challenges lie ahead for both the teams as Australia and India face each other for a three-match ODI series. For the Aussies, the trio of Steve Smith, David Warner and Aaron Finch will face a stern test from the formidable Indian bowling attack. Meanwhile, Marnus Labuschagne will want to carry forward his Test form into the limited-overs format as this series marks his debut in the 50-overs format.

India, on the other hand, faces an opener dilemma. While one opener’s spot has been reserved by Rohit Sharma, the other spot will be contested by KL Rahul and Shikhar Dhawan. And while Virat Kohli has recently stated that he may play down the order in order to accommodate the both of them, it seems highly unlikely.

Here are a few records that could be broken as the two teams face each other in the Wankhede stadium.

- David Warner could become the fastest Australian to reach 500 runs in ODIs. He is just 10 runs away from the record.

- Virat Kohli needs just one catch to surpass Rahul Dravid. Both of them are tied at 124 catches. While Dravid took 340 matches to reach this figure, Kohli did it in just 242 ODIs.

- Pat Cummins requires just four wickets for his 100 in ODIs. He has 86 wickets at the moment.

- Rohit Sharma could overtake Ricky Ponting in the list of most runs in India - Australia ODI matches. Ponting has 2164 runs, whereas, Sharma has 2037 runs. Sachin Tendulkar stands number 1 with 3077 runs.

- Virat Kohli could equal Sachin Tendulkar's record of most ODI hundreds in India - Australia matches. Tendulkar has 9 centuries, whereas Kohli has 8.

- Virat Kohli could also equal another record of Sachin Tendulkar. Sachin has 20 centuries at home in ODIs whereas Virat has 19 centuries. 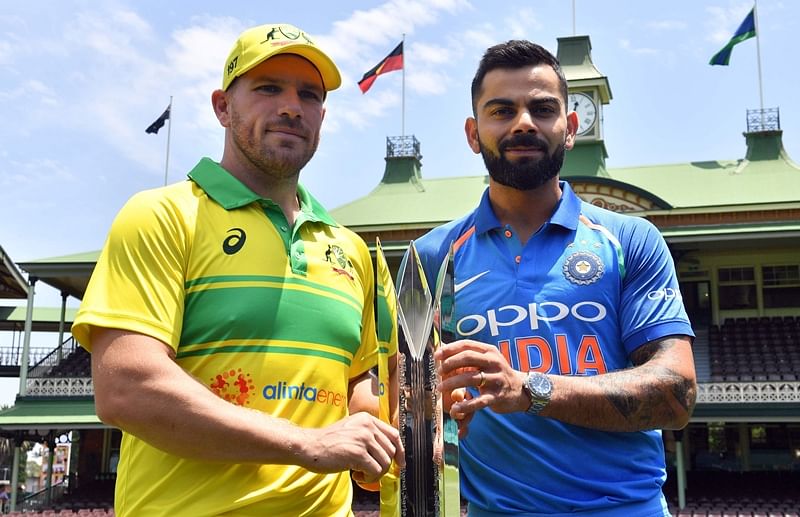