RCB vs CSK: 5 players to watch out for in today's match

While CSK has won 4 out of the last 5 matches played, RCB has won only two.
Prateek Chakradhar 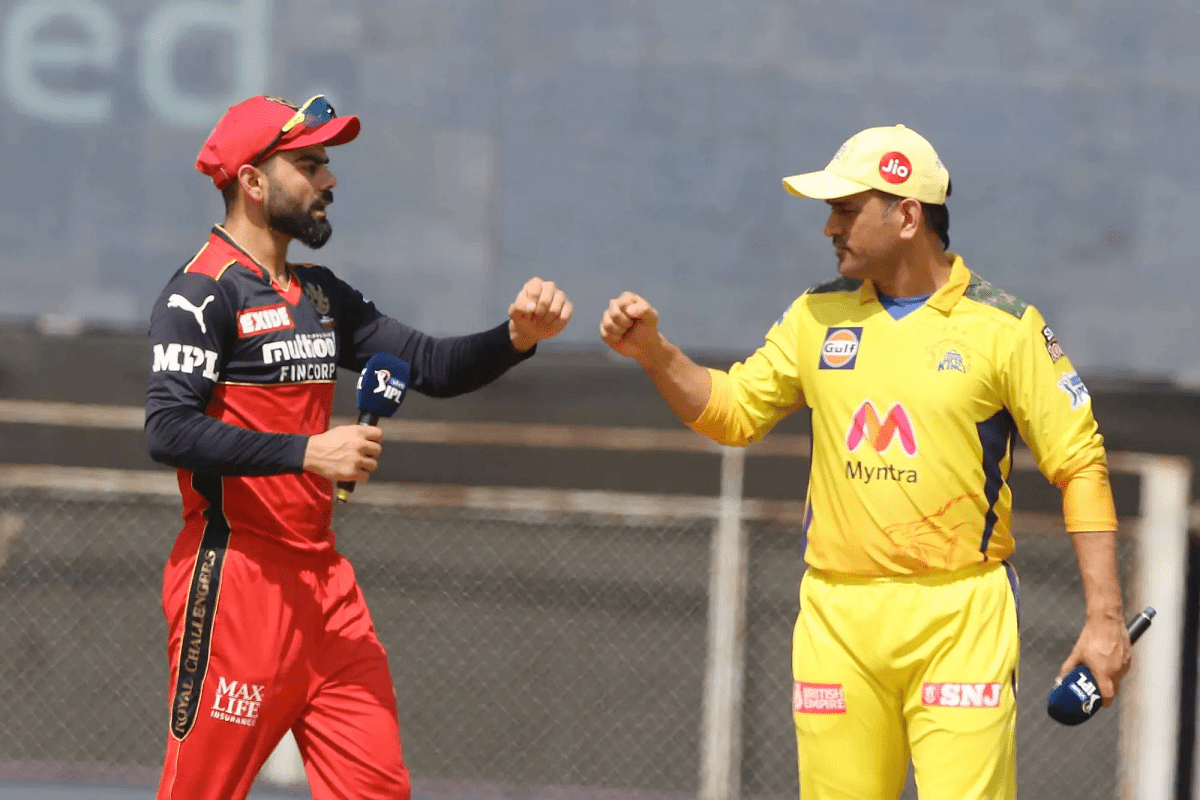 Mumbai: The MS Dhoni-led Chennai Super Kings (CSK) is once again looking powerful with their first win against the defending champions Mumbai Indians in the very first match of the second phase of the UAE leg of the IPL 2021 and they wish to continue their momentum.

On the other hand, Virat Kohli-led Royal Challengers Banglore (RCB) started very poorly, losing their first battle against Kolkata Knight Riders (KKR) with the batting side failing to reach a three-figure score. While CSK has won 4 out of the last 5 matches played, RCB has won only two.

However, RCB still sits in third place at the points table in this season's IPL, which shows that Virat Kohli-led is not a weak team and could throw a challenge to its opponents.

Here are 5 players to watch out for in today's match:

Ruturaj Gaikwad: Everyone is aware of his unbeaten 58-ball 88 run innings against Mumbai Indians and we can expect that to happen again if he continues to carry on the form and mood in today's match against RCB.

Moeen Ali: It has not been a great start for the English batting all-rounded but he has proven his worth time and again for his national team as well as the IPL. The left-handed batsman and an aggressive off-break bowler, Ali has played for the RCB in the previous seasons of the IPL and is aware of the team strategies. With an average strike rate of 156.23 in 26 IPL matches, he is a striker of the ball and an economical spin bowler.

Devdutt Padikkal: With an excellent career behind him, Padikkal has met the expectations of the captains and teammates he has played under. The left-handed batsman hit a remarkable 101 not-out and recorded his career's first IPL century in this very season of the IPL 2021. The RCB opener can give a strong start to the team with his batting skills to gain points at the IPL table in today's match.

Yuzvendra Chahal: The youngster is probably one of the best spinners in IPL. Chahal, who has been a part of RCB since 2014, has gone on to take 23 and 21 wickets in the 2015 and 2016 season of the league. With 126 wickets and the match experince over 100 games, Chahal also has one of best economy rate in spin bowling. He could turn the ball both ways and Sarjah pitch could be an advantage he would not want to lose.

Sam Curran: Sam Curran was unavailable for CSK in their previous match against the MI but that may not be the case in the match against RCB. The English bowling all-rounder has shown his batting ability and was only shining light in the team’s IPL 2020 depressing display. He has an excellent strike rate of 150 while batting and has taken 32 wickets in 30 matches, being groomed under skipper Dhoni, Curran has shown why he deserves to be in the team. The match will commence at 7:30 PM IST at the Sharjah cricket stadium.