While Ravi Shastri and Virat Kohli's era as coach-captain will be remembered for India's dominance in Test cricket, it ends without an ICC trophy
S. Sudarshanan 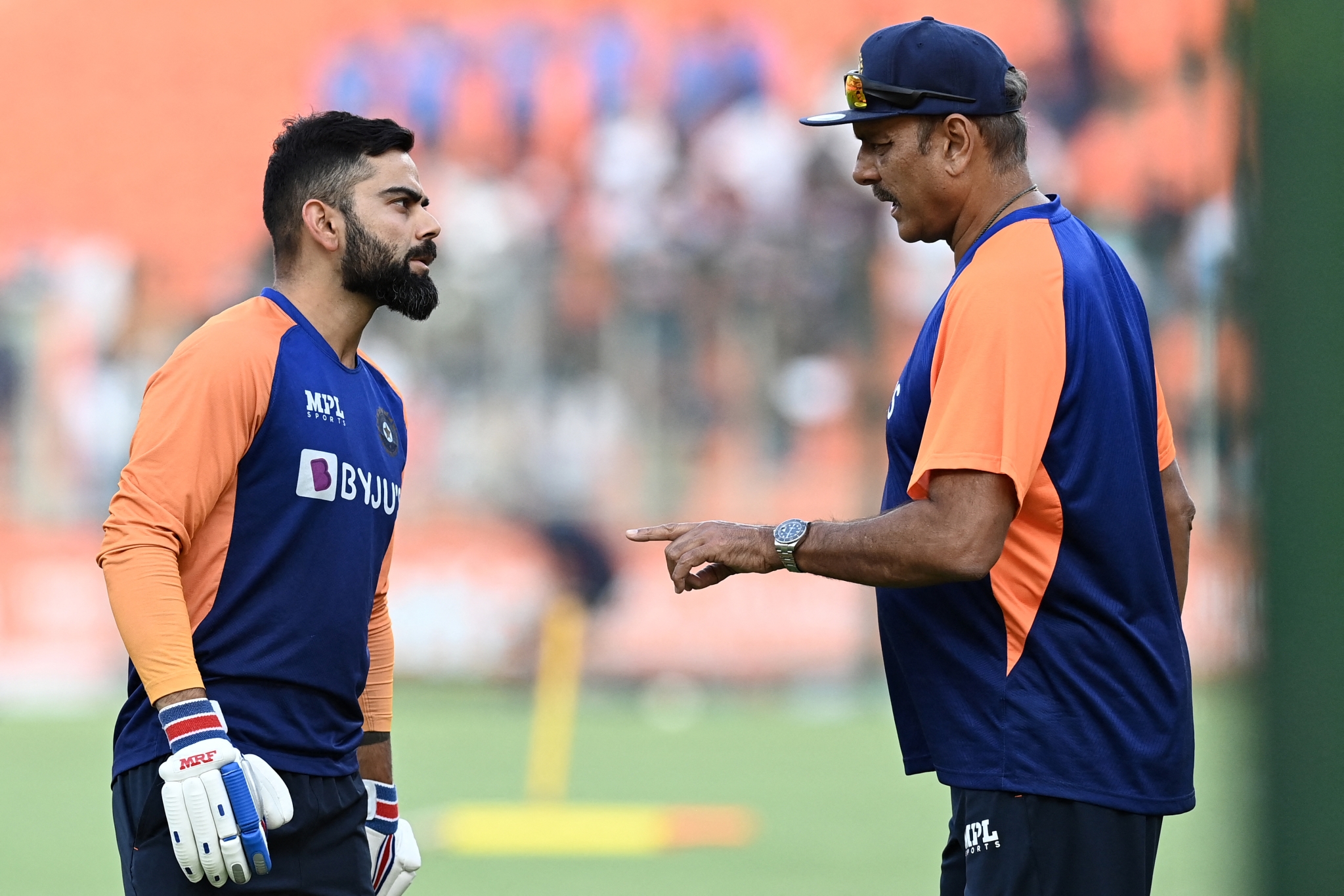 Can I just turn back the clock?

I just wanna roll my sleeves up

As the partnership between Ravi Shastri and Virat Kohli comes to an end, these OneRepublic lyrics from Start Again is quite apt to describe the mood, purely based on India’s results in overseas matches. The coach-captain combination has been at the forefront of a successful phase for Indian cricket, developing a good bunch of fast bowlers, becoming formidable in Tests at home and away and winning games from improbable positions.

Shastri, who succeeded Anil Kumble as head coach, formed an enviable alliance with Kohli, with India slowly transforming the way they played on away tours. While the 2016 season saw India being dominant at home under Kumble-Kohli, 2018 saw India win a Test series in Australia for the first time. Kohli had a century to show in the tour, as India took the series 2-1 with wins in Adelaide and Melbourne. India yet again won by the same margin when they toured Down Under in 2020-21, under more adverse conditions.

While the wins in Australia would be at the top when it comes to evaluating the Shastri-Kohli era, India made the finals of the Champions Trophy 2017 and the inaugural World Test Championship and the semis of the 2019 Men’s World Cup. They also currently lead the Test series against England in England 2-1, with the postponed fifth Test to be played next year.

However, as Aakash Chopra said on his YouTube channel, Shastri’s regret would be that he couldn’t oversee India to an ICC trophy win.

“If you talk about World Cups or ICC events, you could have won at least one of the three trophies, whether it was the 2019 World Cup or the ICC (Test) mace or this World Cup. If you play three World Cups and don't win even one of them and you don't even qualify in one, it might remain his only regret,” said the former India opener-turned-commentator.

While Shastri might be known for his motivational man-management and tactical nous, he couldn’t prevent the team from falling short in crunch situation in ICC tournaments. India were clinical throughout the 2017 Champions Trophy but fell short in the final against Pakistan - their only loss. In the 2019 Men’s World Cup, they ran into the batting might of England before failing to chase down the 240-run target set by New Zealand in the semi-final.

It was also a phase that reflected muddled strategies and team combination at times - be it benching Ajinkya Rahane in South Africa, not playing Ravichandran Ashwin in England or in the first two games of the Men’s T20 World Cup 2021 or announcing the XI a day before the start of the World Championship final despite the weather around or being uncertain about the number four position in the Men’s World Cup of 2019 or around their openers in the 2021 tourney. India also changed their playing XI in Tests many times, with players being pushed up and down the order or their roles being changed.

The ability of the team to fightback from adverse situations has been a characteristic of India over the past few years. Be it bouncing back from the 36 all-out in the pink-ball Test in Adelaide in 2020 to win the series or coming back to take the series lead after an innings defeat in England or winning the series at home after losing the first Test against England by 227 runs, India were the famous Baazigar dialogue personified.

But bilateral series count for very little without a championship title. India last missed out of a semi-finals berth in an ICC event in the Men’s T20 World Cup in 2012. That they have done so again in 2021 is an anti-climactic end to the Shastri-Kohli reign. One, that would be remembered for its Test highs and for the white-ball transformation that never came.

I know that I messed it up

I just wanna roll my sleeves up